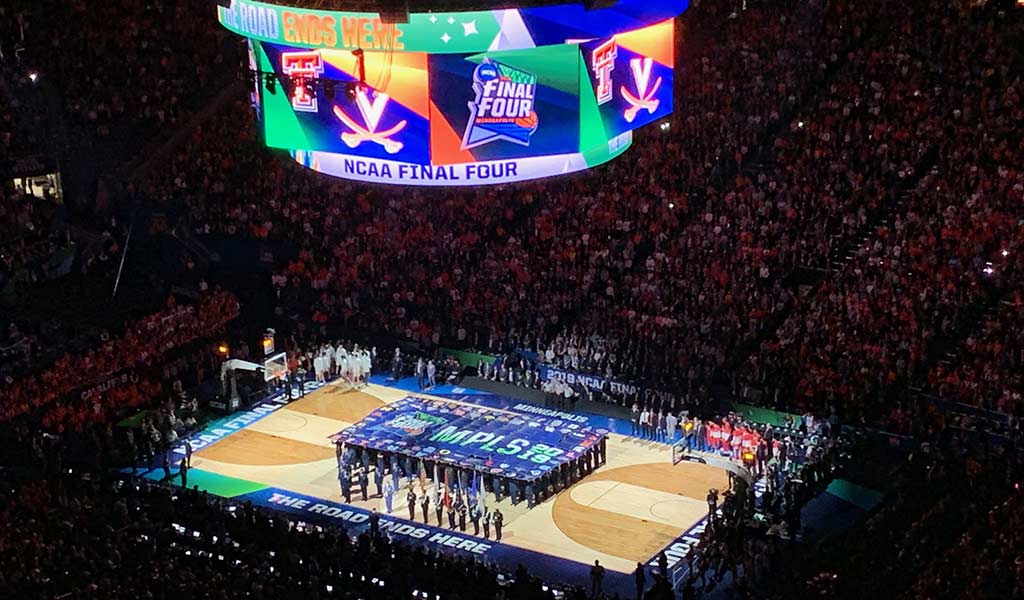 Minneapolis continued to shine in the international sports spotlight in 2019 thanks to another major event coming through town. The NCAA Men’s Basketball Final Four took place downtown on April 6-8, welcoming basketball fans from around the country to celebrate one of college sports’ most celebrated weekends.

The Mpls Final Four Local Organizing Committee collaborated with the NCAA in making a memorable experience for all those who took part in the festivities. Their work organizing the numerous events located across the downtown footprint helped create a festive atmosphere throughout the week.

Overall, the event welcomed more than 90,000 fans to downtown while providing $143 million worth of economic impact for our local economy. Over the course of the four days, the event hosted the national semifinal and championship games, the Tip-Off Tailgate on Nicollet, the Final Four Fan Fest, a Final Four Friday practice event, a concert series and an all-time record 2,442 credentialed media.

Two first-time schools made this year’s Final Four–Auburn and Texas Tech–while perennial powerhouse Michigan State and recent standout Virginia rounded out the visiting fan bases. Virginia won the national championship, but all four schools brought big crowds and proudly wore their colors to all the major events. Some of the highlights included a 90-foot Ferris Wheel on Nicollet, internationally-celebrated concerts like The Jonas Brothers at The Armory, and incredible varieties of games and photo props at the Final Four Fan Fest.