go outside with hennepin county

go outside with hennepin county this summer 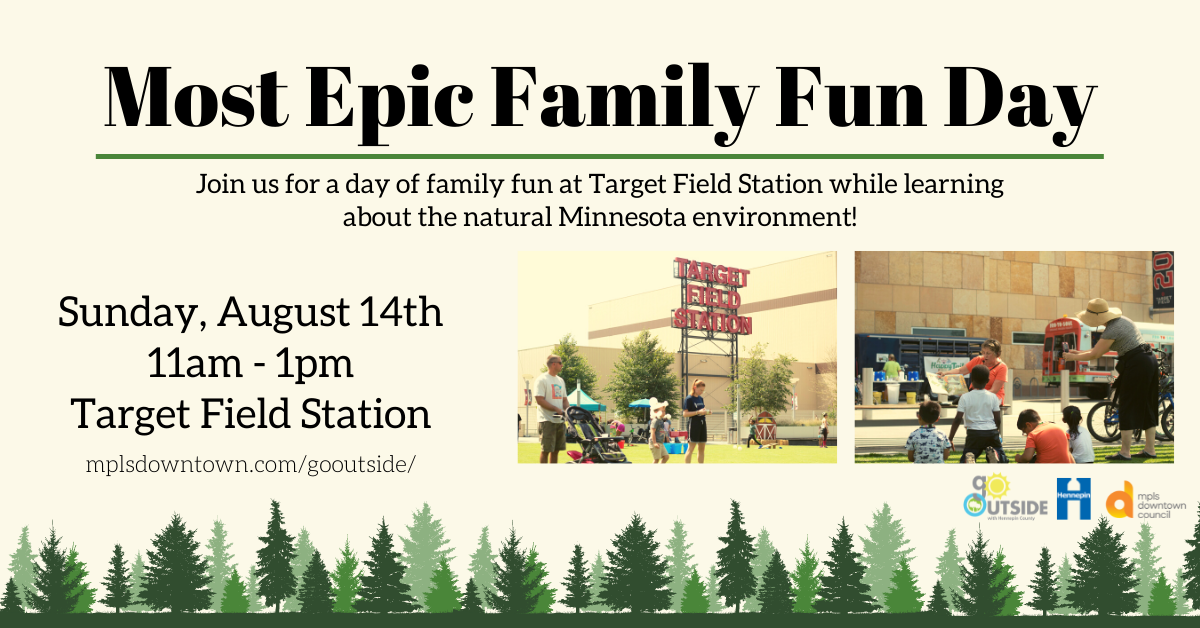 We’d like to invite your neighborhood to our Epic Family Fun Day on Sunday, August 14th at the Target Field Station Amphitheater. Themed Wild Minnesota, we’ll have an array of activities dedicated to the exploration and understanding of our surrounding natural landscapes, wildlife, & cultures! Enjoy:

It’s sure to be a blast for the whole family, so come out and join us between 11am and 1pm to learn, play, and connect.

Take a break during your lunch hour and get outside! Challenge your friends and co-workers with some lawn games at South Plaza. Take in the fresh air while playing Ping Pong, Bag Toss, Connect 4, Jenga, or Tic-Tac-Toe!

Join us at South Plaza to enjoy some fresh air and fun activities! Challenge your friends and colleagues to some lawn games, enjoy live music, grab some free food, and more!

On select evenings this summer, you can enjoy outdoor movie nights at Target Field Station. Bring a lawn chair or blanket, find a spot on the green grass outside the Twins’ ballpark and enjoy an evening watching a movie under the stars and the downtown skyline. Movie info listed below.

Trivia has always been a fun and trendy after work activity! We are bringing trivia outside at Target Field Station on select evenings this summer. Gather a group of colleagues, friends or family and test your knowledge. Questions will be read aloud along with use of the big screen.

Every Tuesday, Wednesday and Thursday starting June 7th from 11:30am – 1:30pm

Target Field Station (335 N. 5th Street) is a dynamic transportation hub that connects Downtown Minneapolis with 500 light rail lines and 1,900 buses each day as well as the Northstar Commuter Rail. But it is also a major entertainment destination. Opened in May 2014, Target Field Station offers a large green space for gathering, a big screen for movies and other viewing opportunities, and an amphitheater for musical performances. Located next to Target Field and nestled into the Warehouse District/North Loop, it is close to downtown residential communities, businesses, entertainment, dining, breweries and coffee shops.

don’t miss out on the fun

The Go Outside with Hennepin County program is filled with fun activities and events for all ages and abilities throughout the year. Stop by Target Field Station and South Plaza to get in on the festivities. 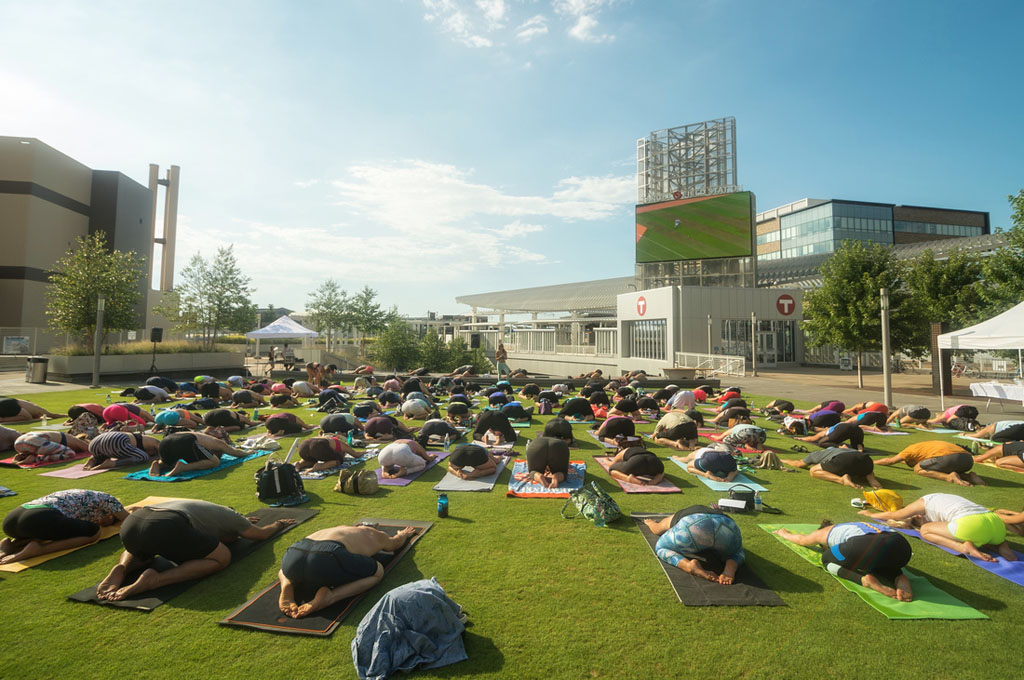 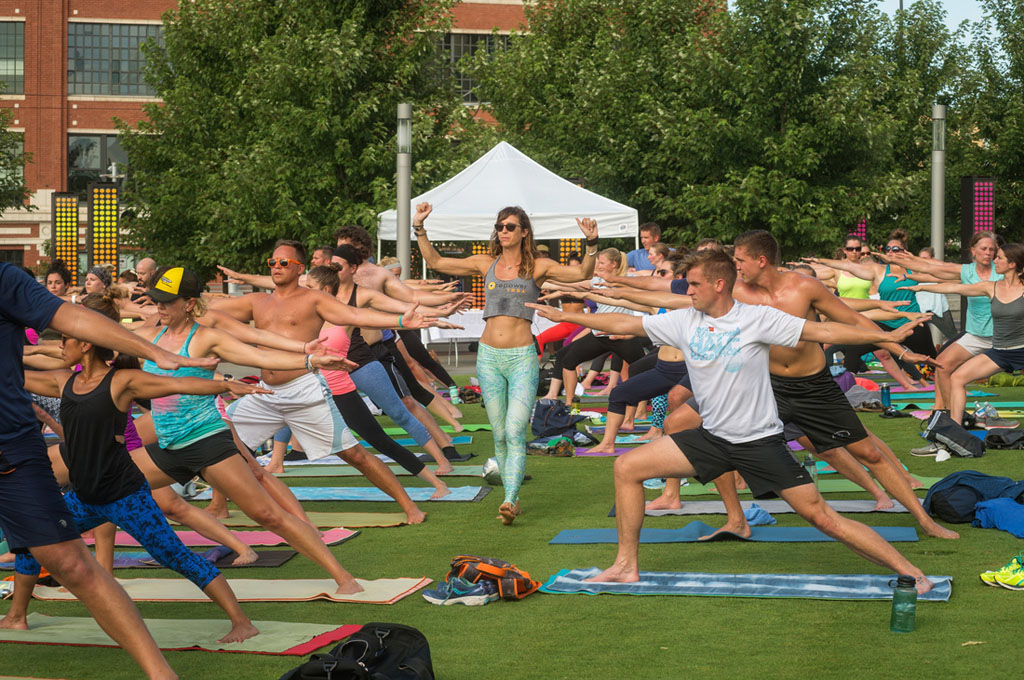 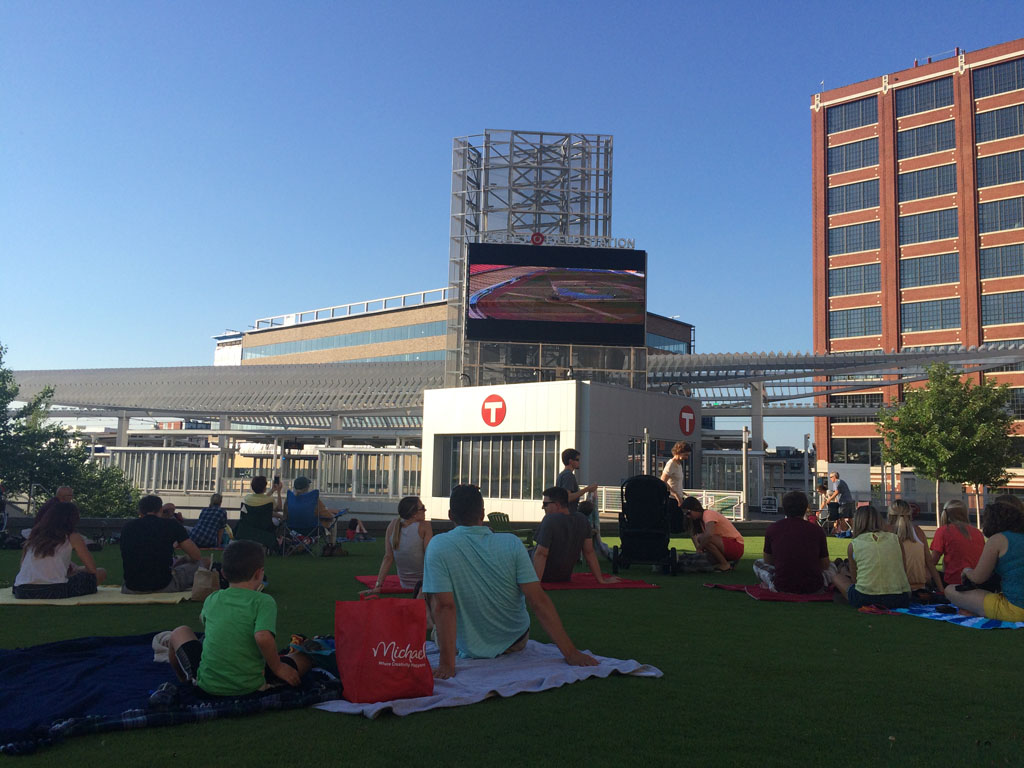 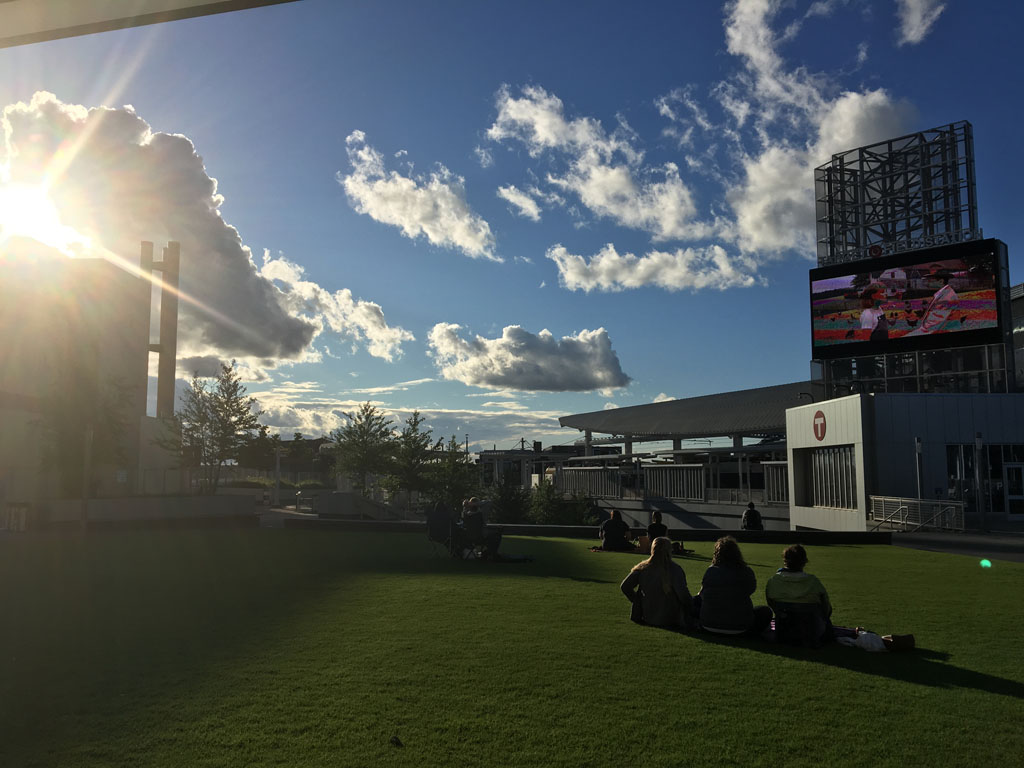 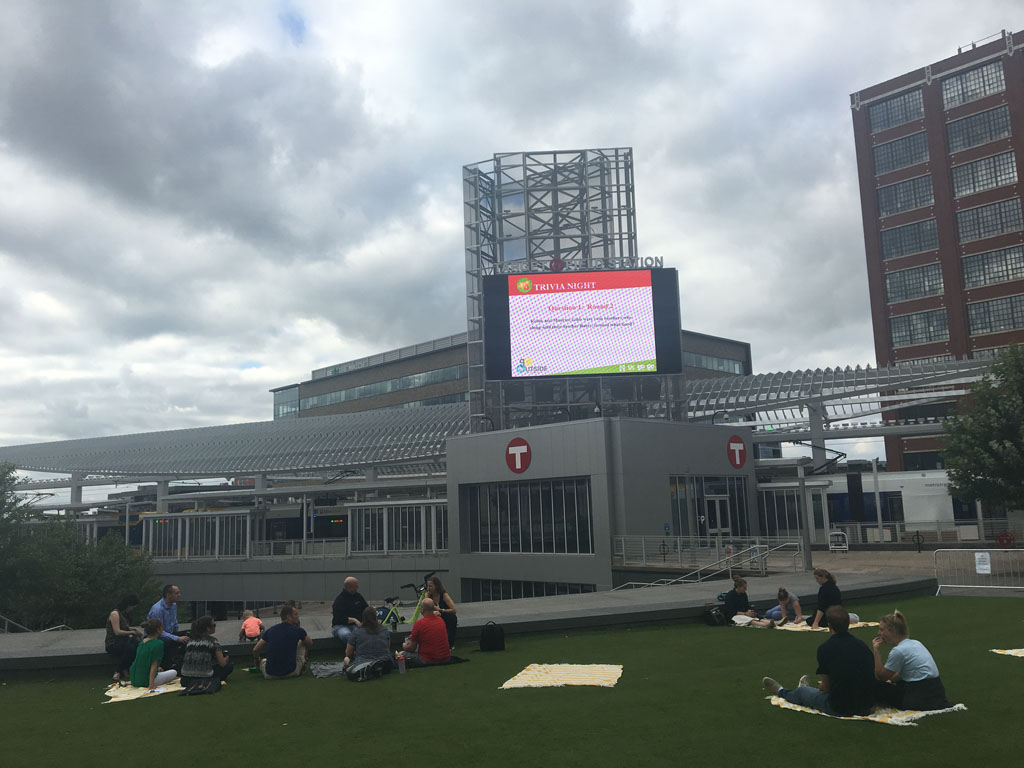 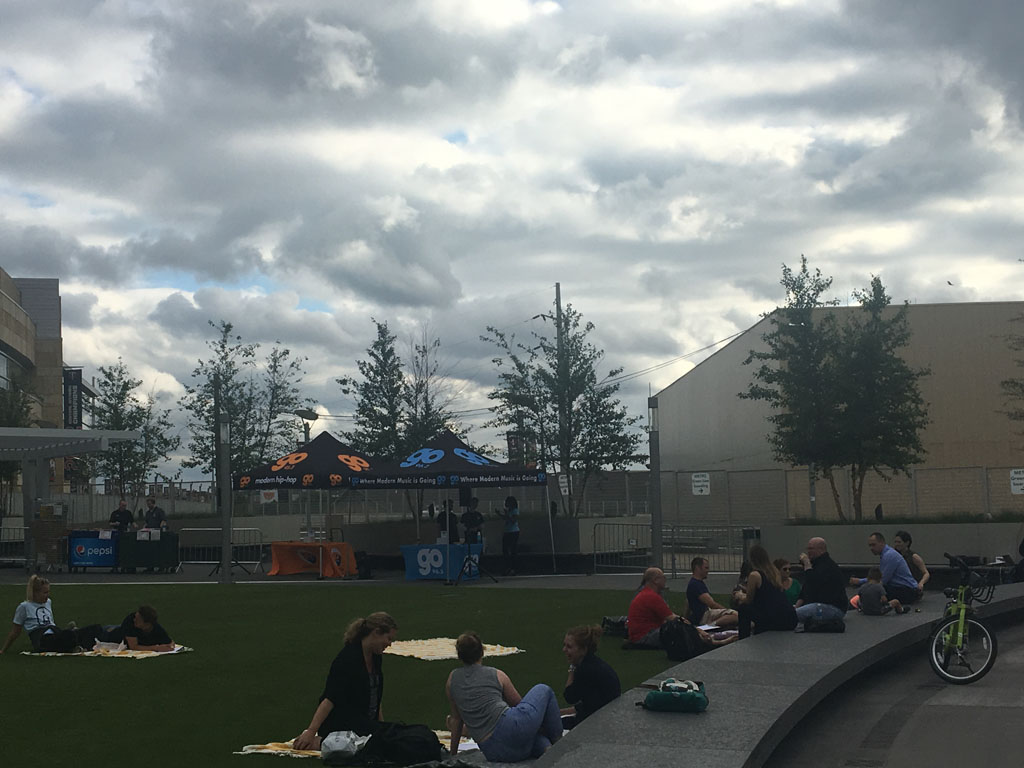 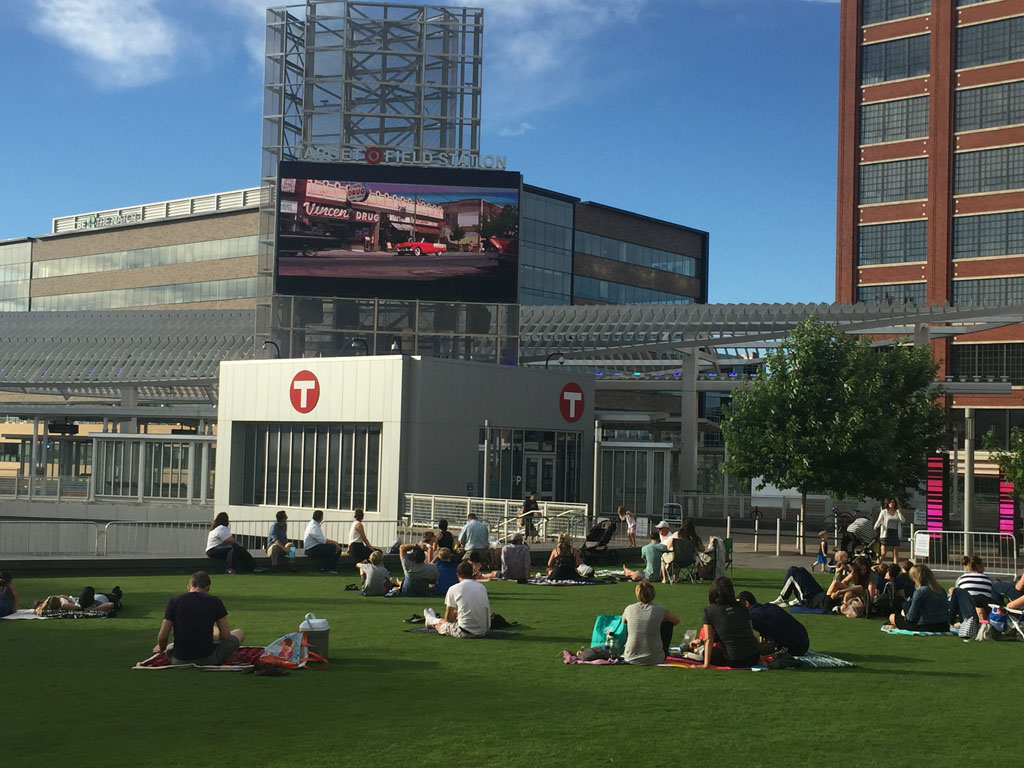 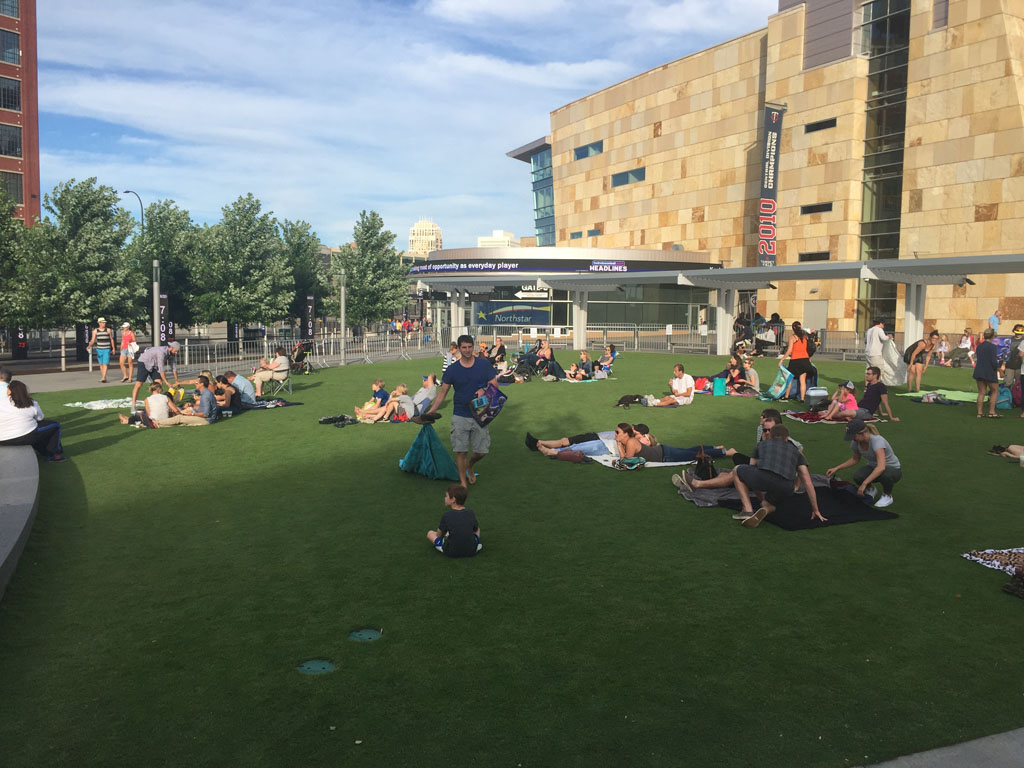 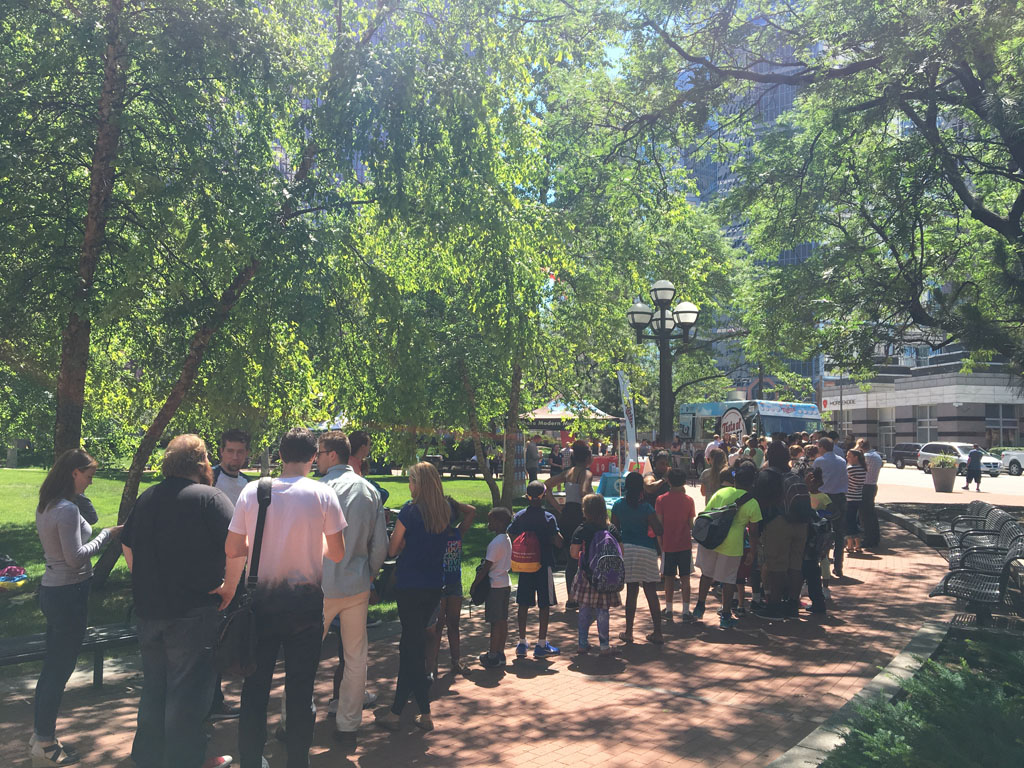 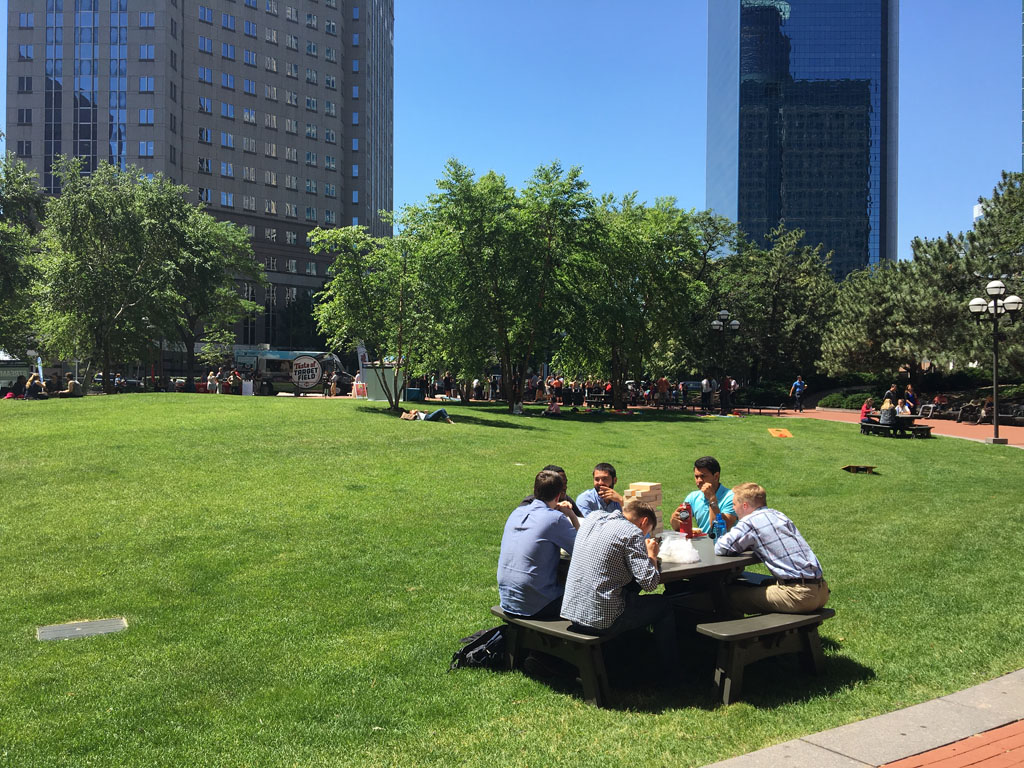 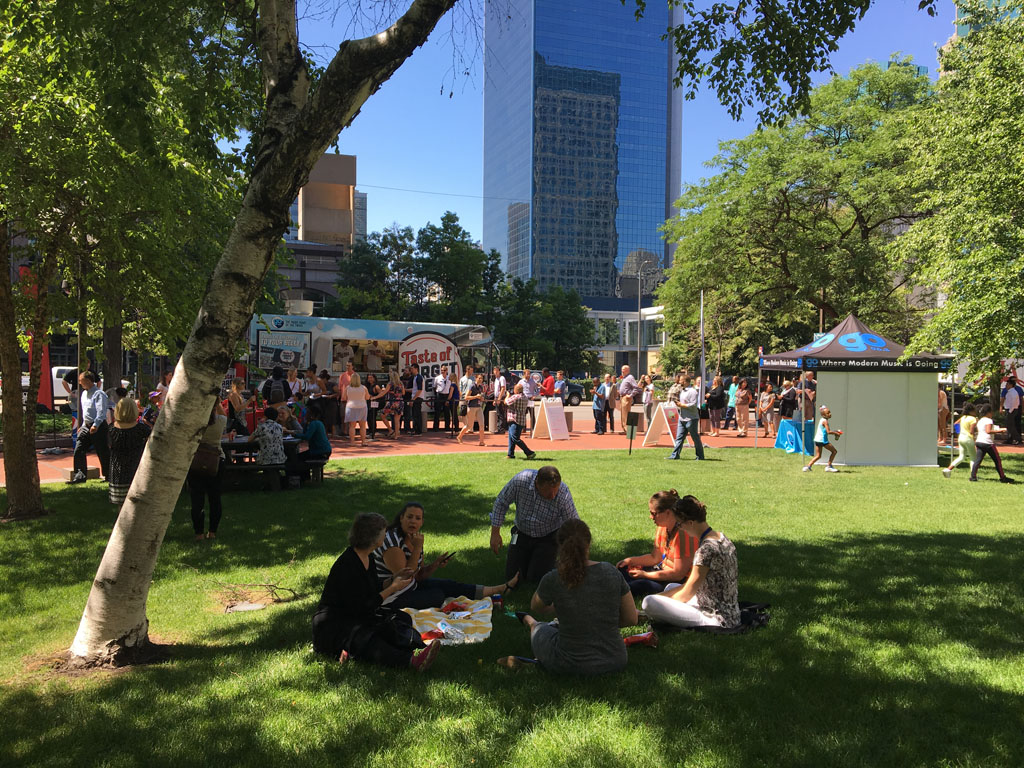 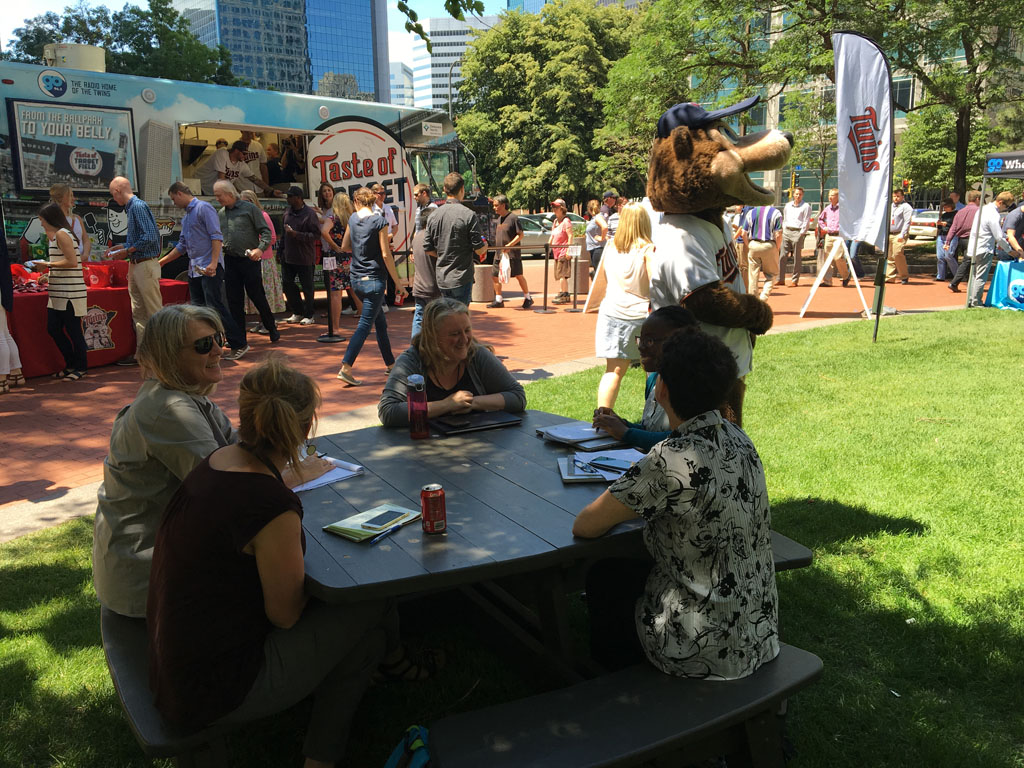 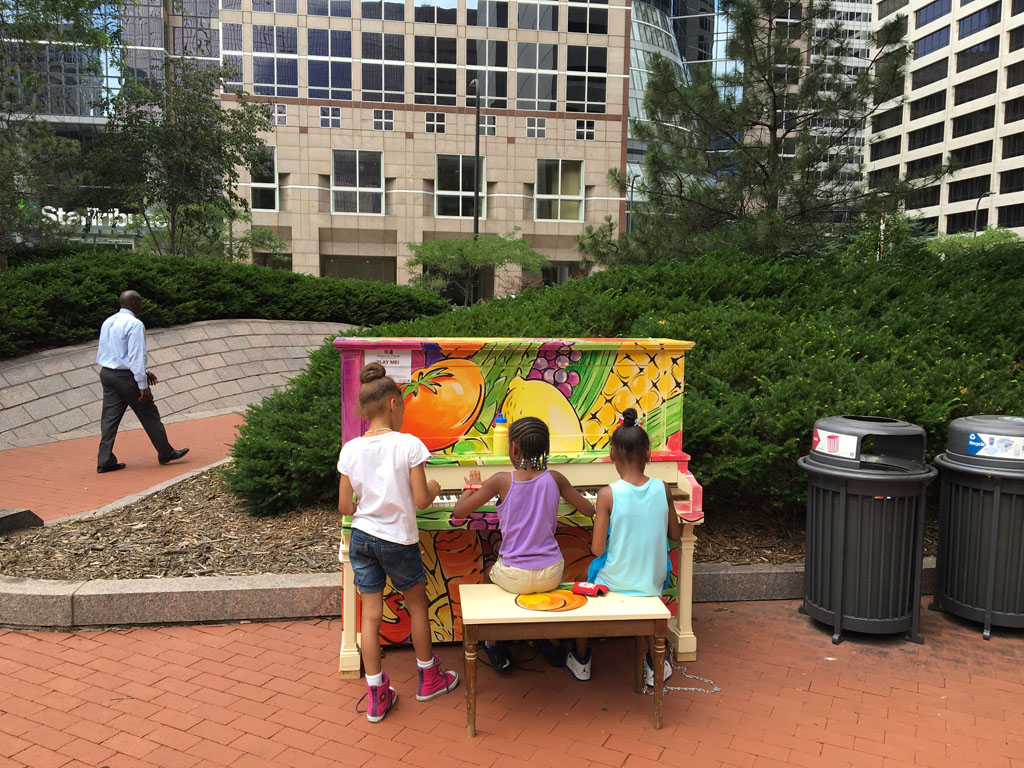 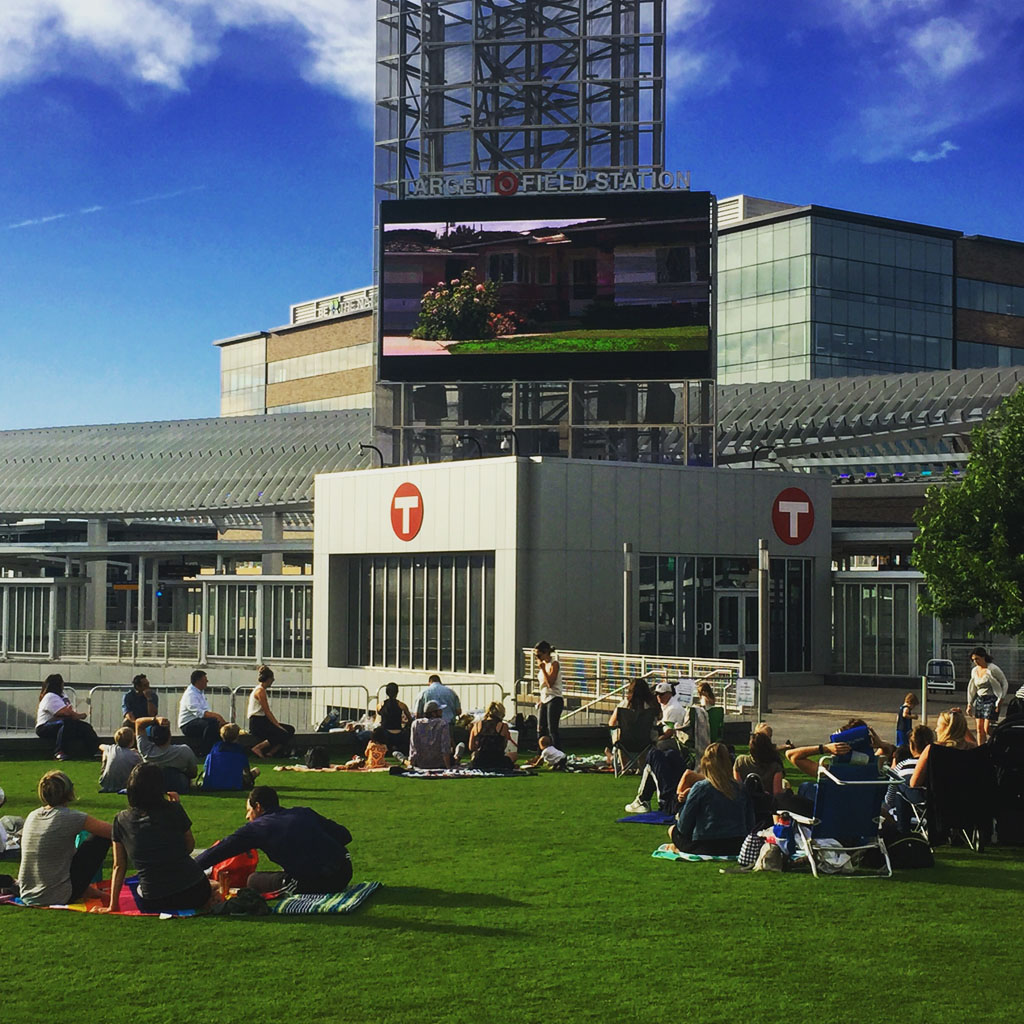 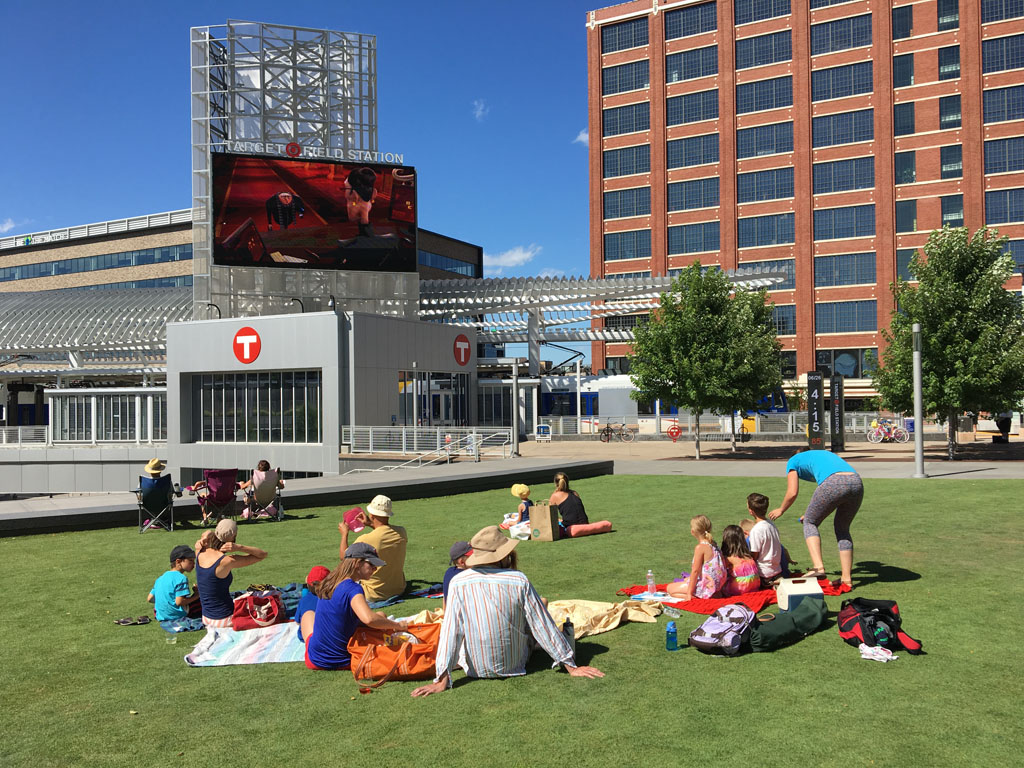 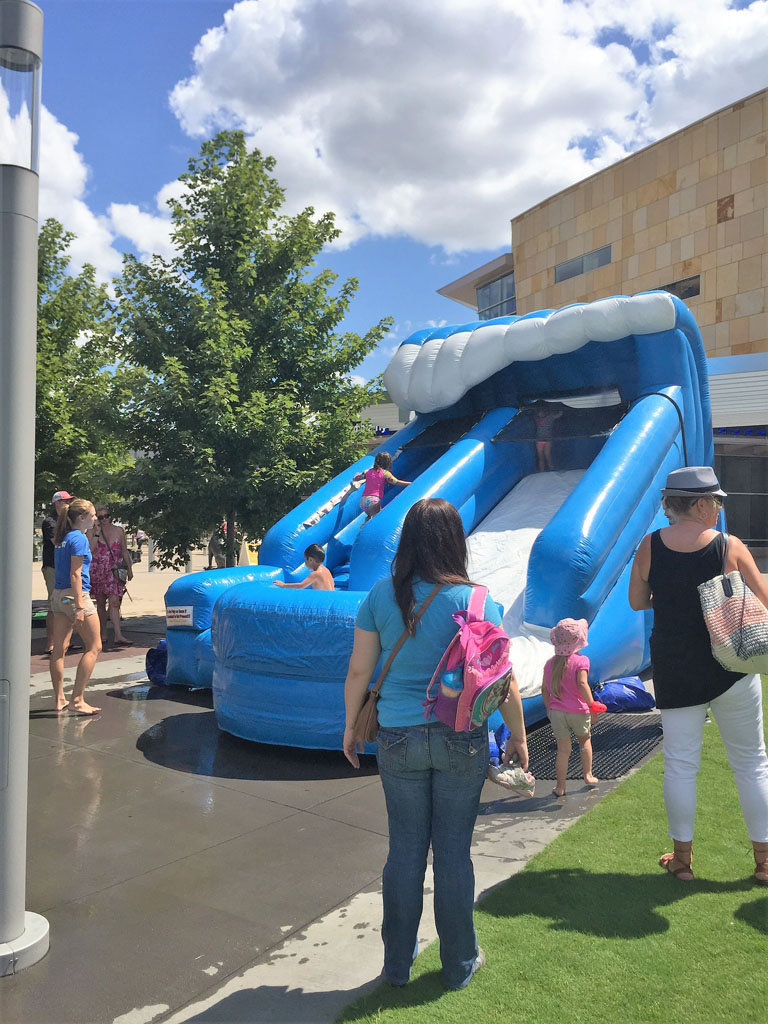 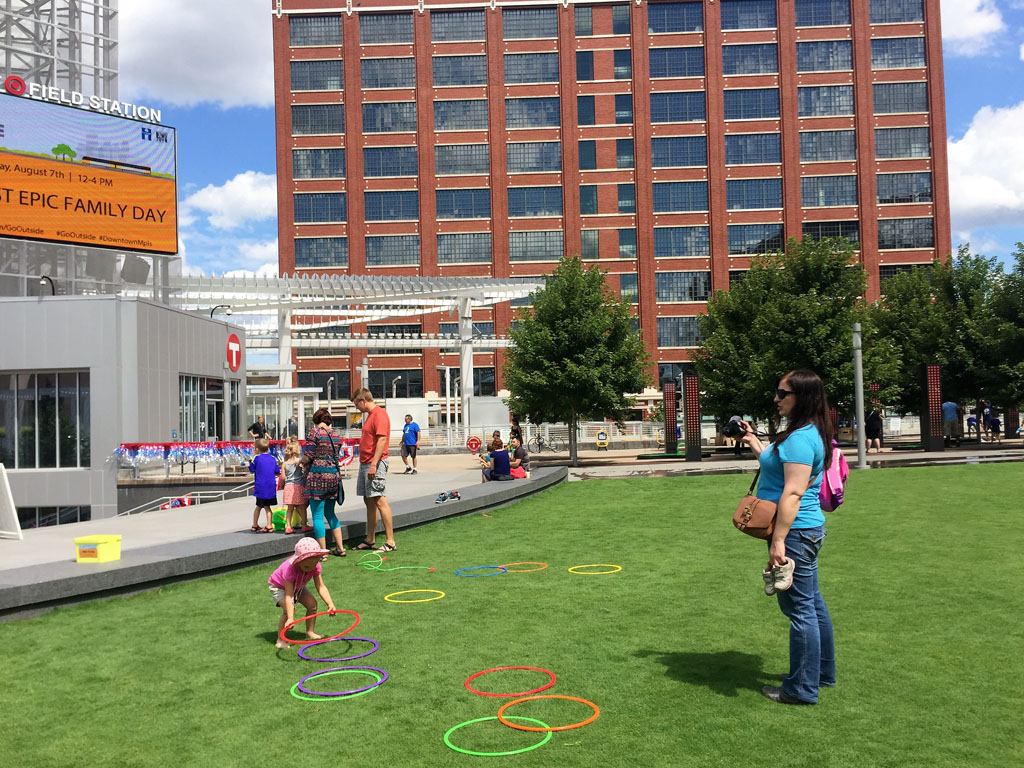 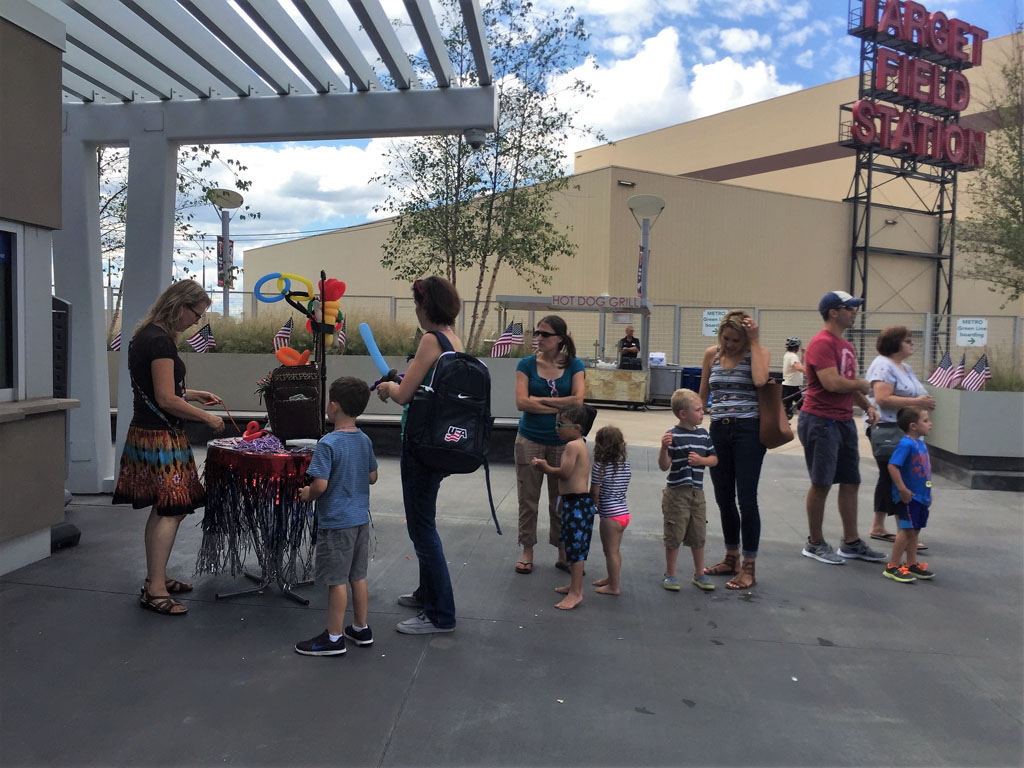 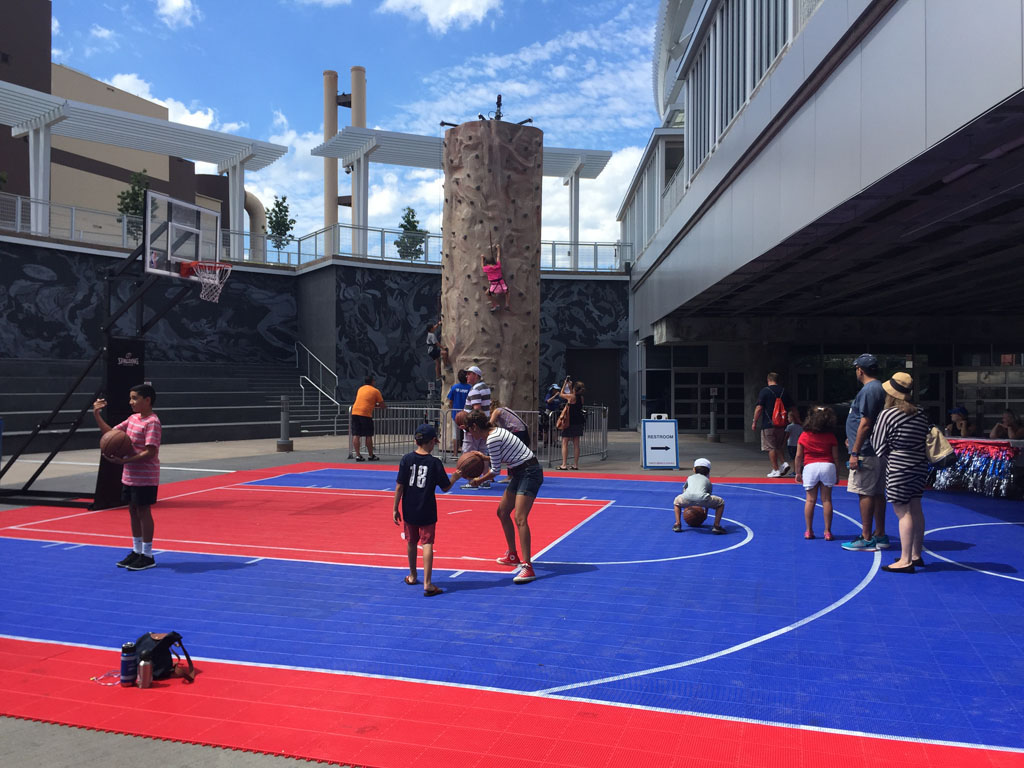 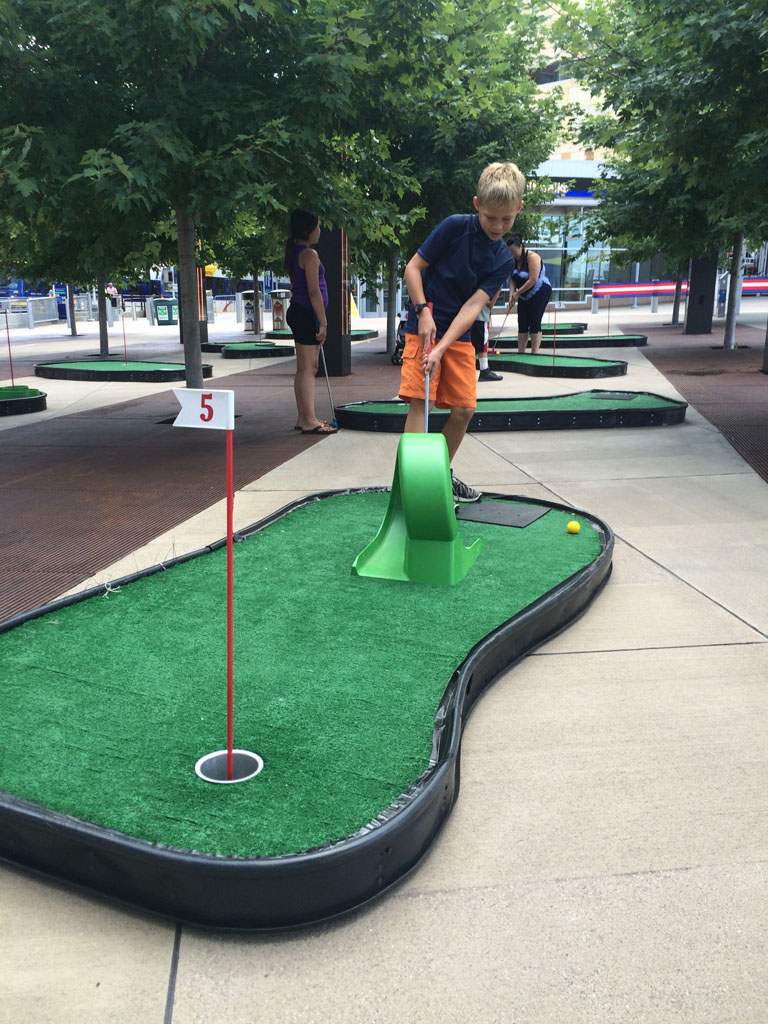 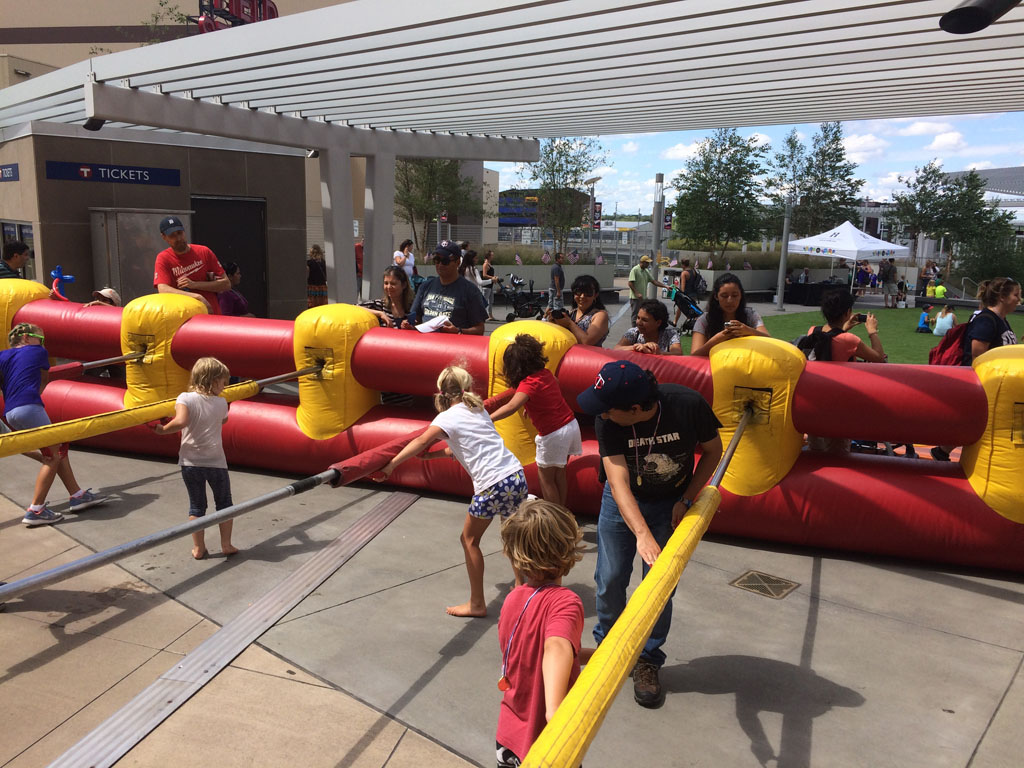 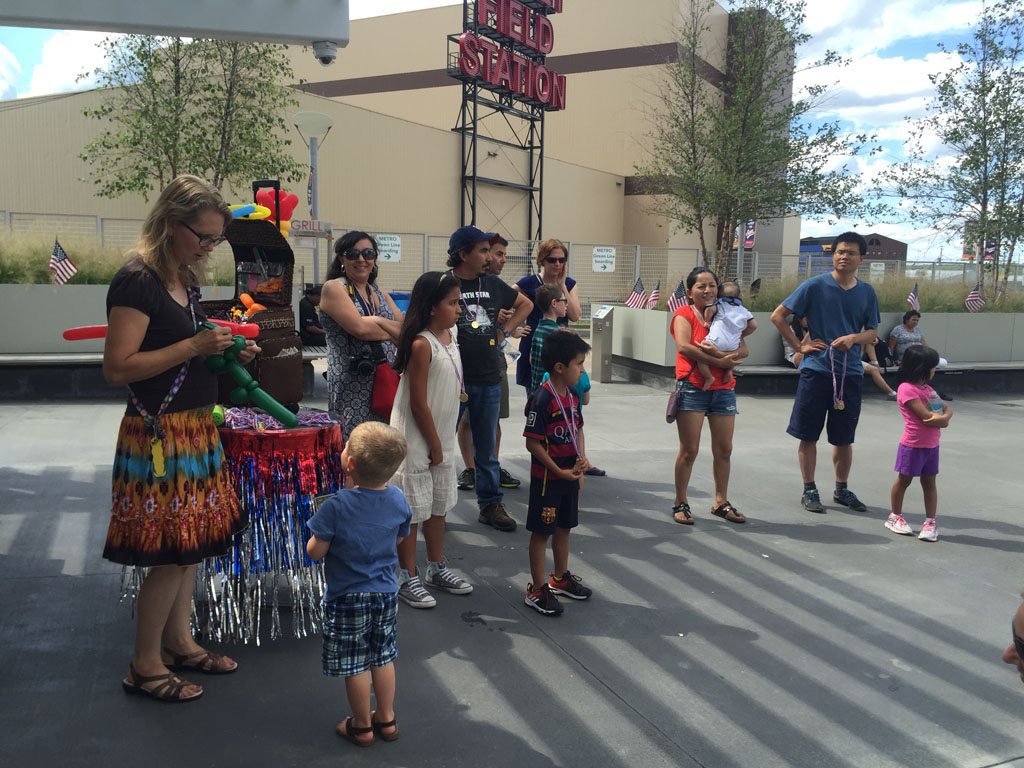 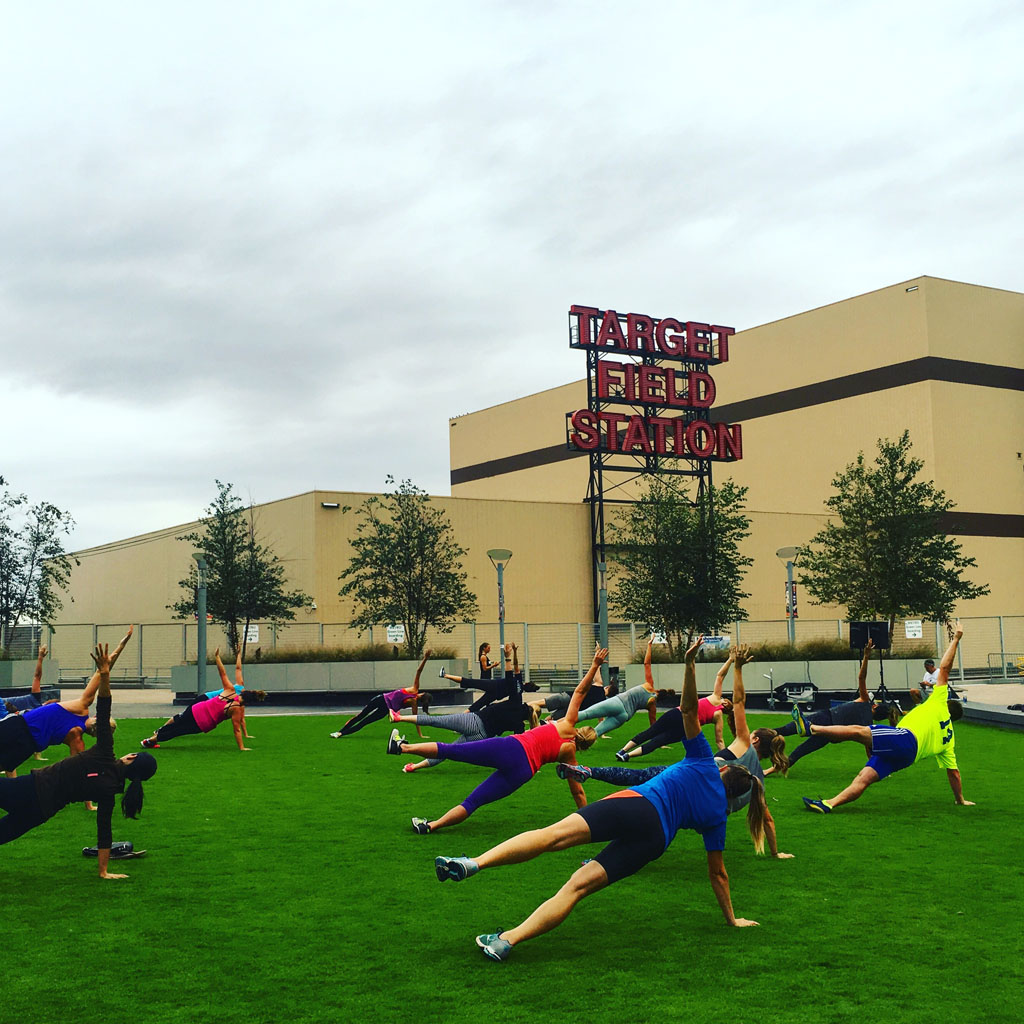 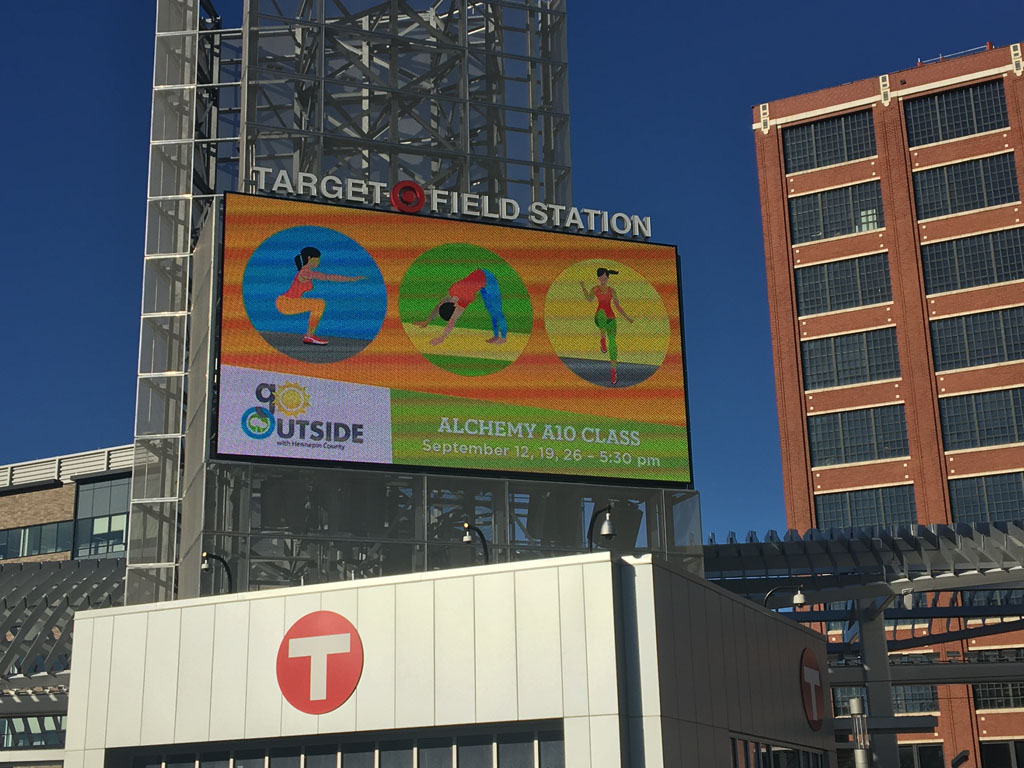 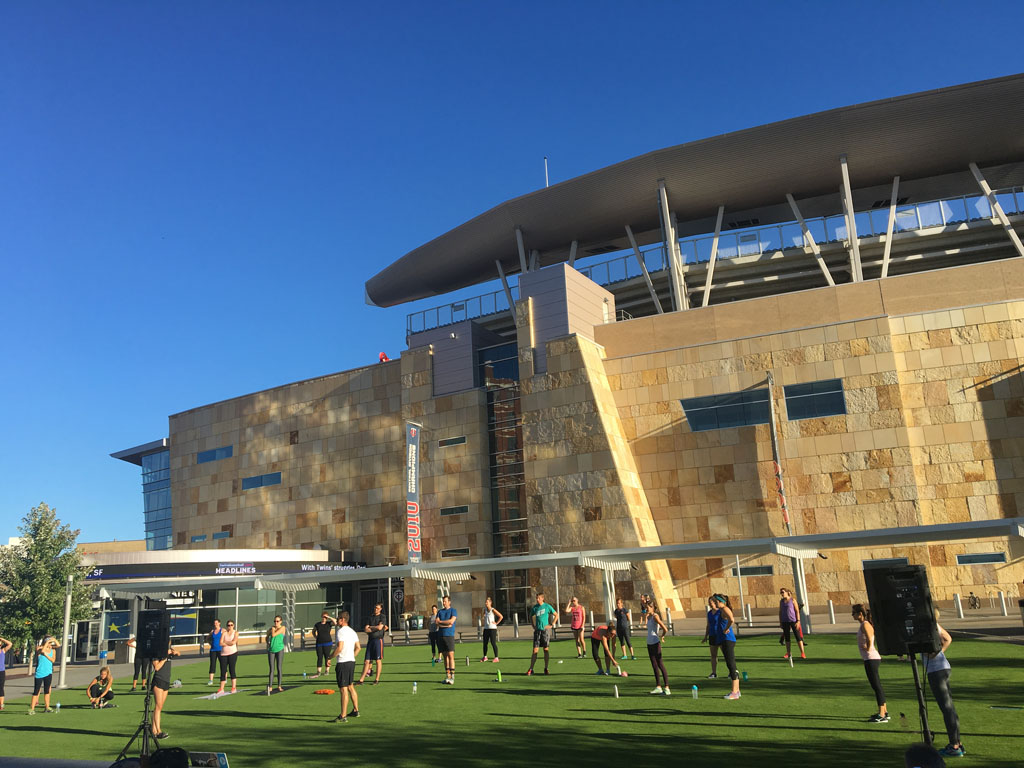 join us this summer

go outside with hennepin county