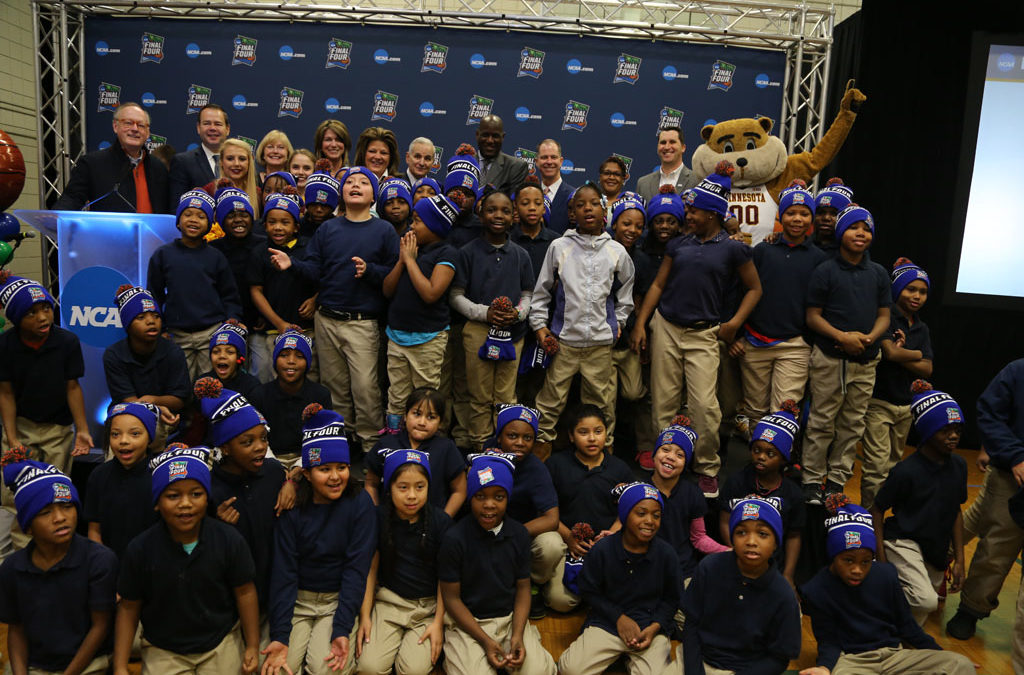 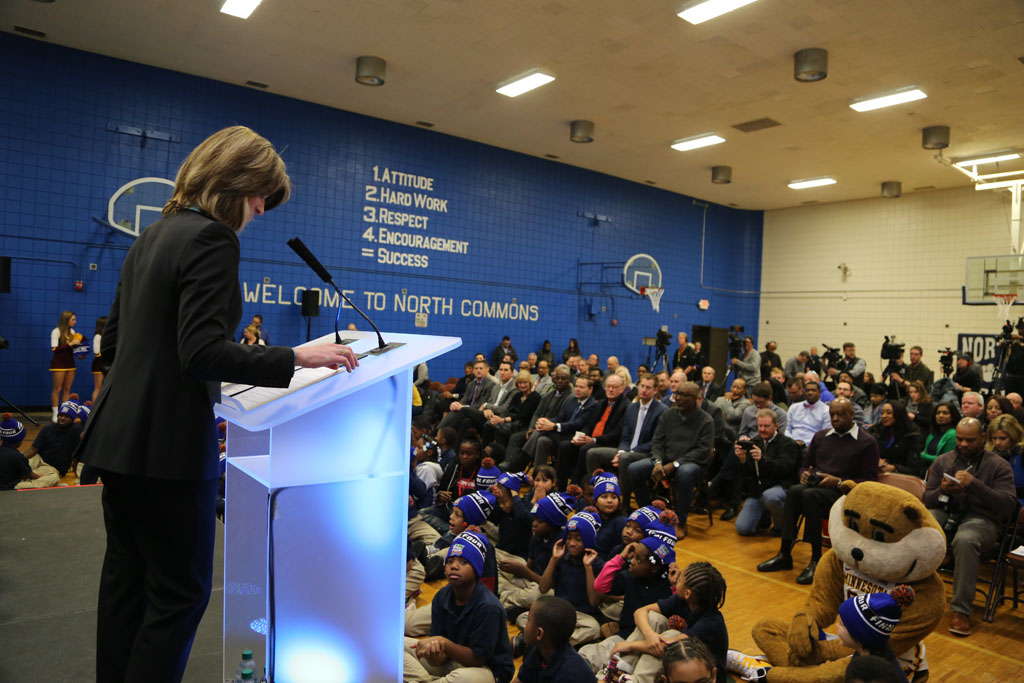 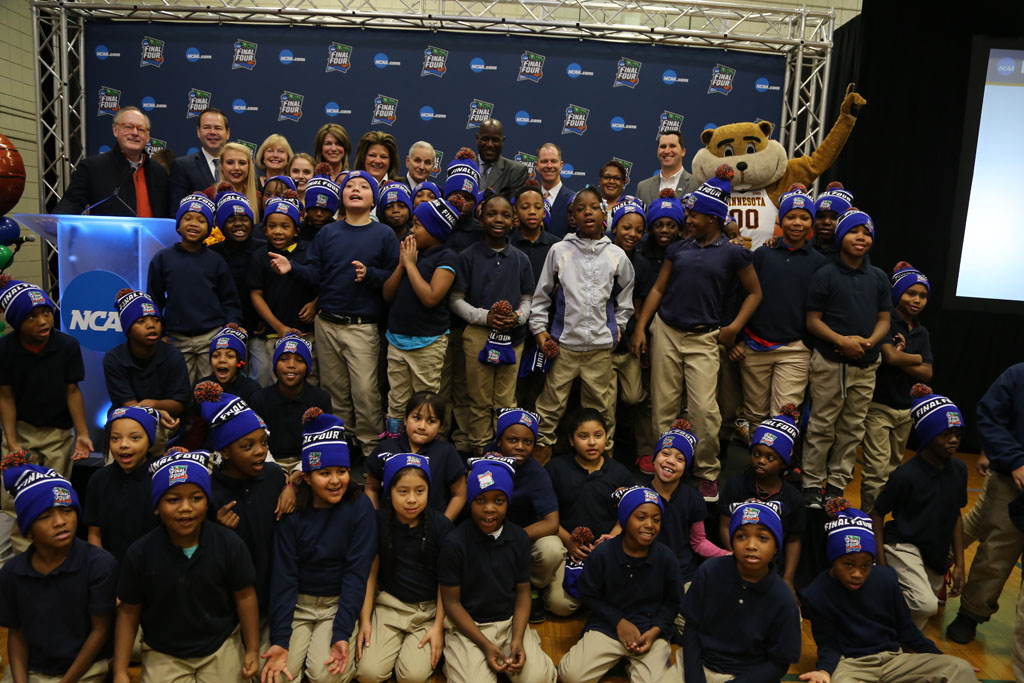 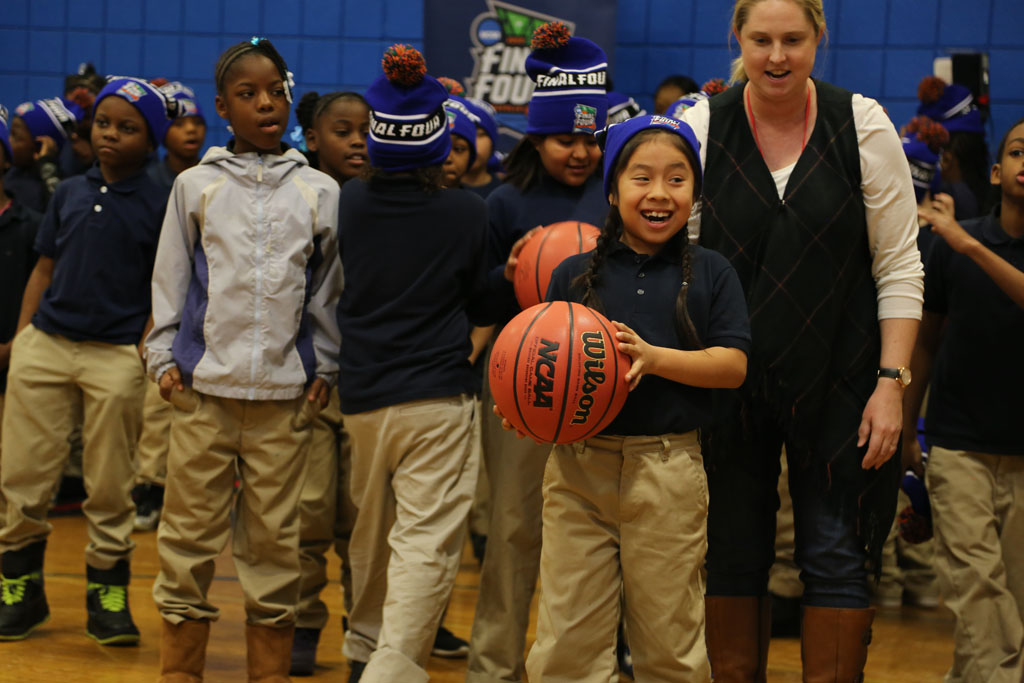 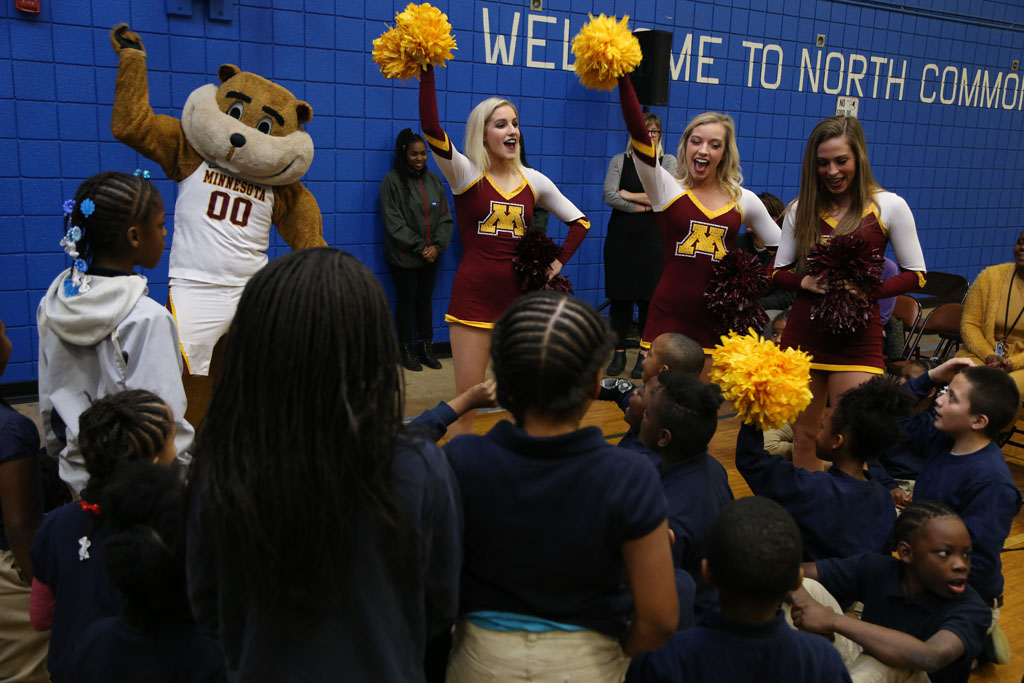 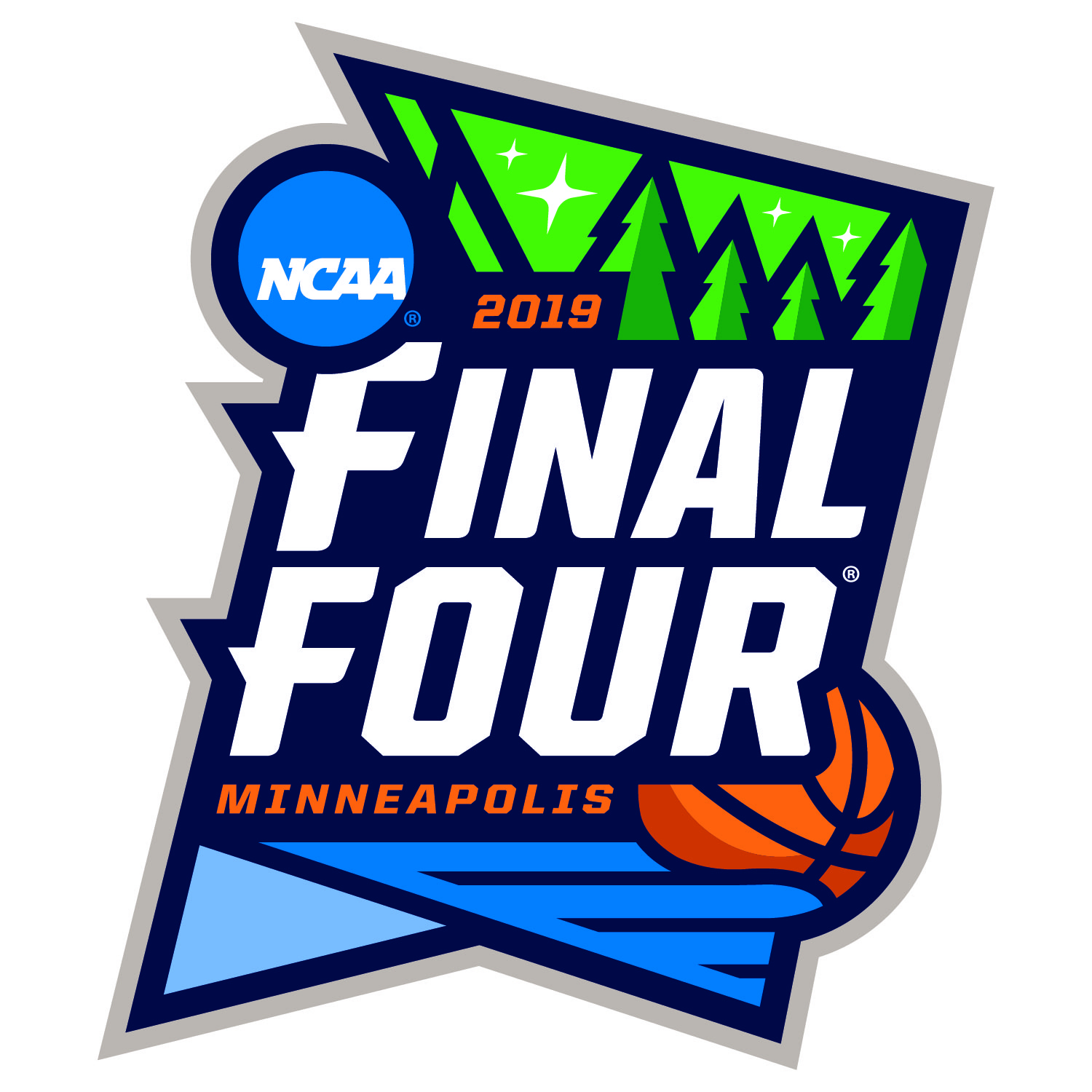 Friday’s event featured members of the MLOC as well as the NCAA, Minnesota Gov. Mark Dayton, University of Minnesota men’s basketball coach Richard Pitino, and other organizers of the event. Students from Elizabeth Hall School were on hand to help celebrate the logo reveal. The North Commons Park, a more than century-old Minneapolis park on the city’s North Side, was announced as the site of the NCAA’s next Legacy Restoration project at the event.