Music and Movies in the Park at The Commons

enjoy outdoor music and movies each week this summer

Some of the best views of mpls downtown are from The Commons, and this summer you can enjoy evenings in this two-block green space with Music and Movies in the Park. Grab your friends or family, some chairs or blankets to sit on, swing by one of your favorite downtown restaurants and grab some food, and head over for a fun evening nestled between the downtown skyline and U.S. Bank Stadium. 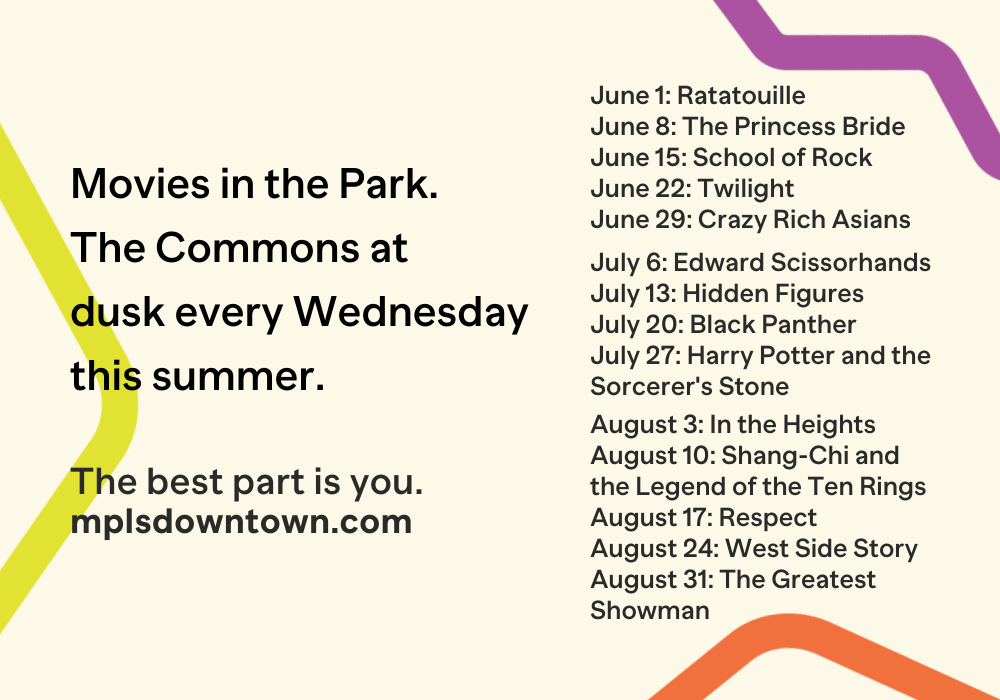 Each Wednesday at dusk, Movies in the Park will host a hit film, and we’ve got movies for all ages.

August 3: In the Heights

the Legend of the Ten Rings 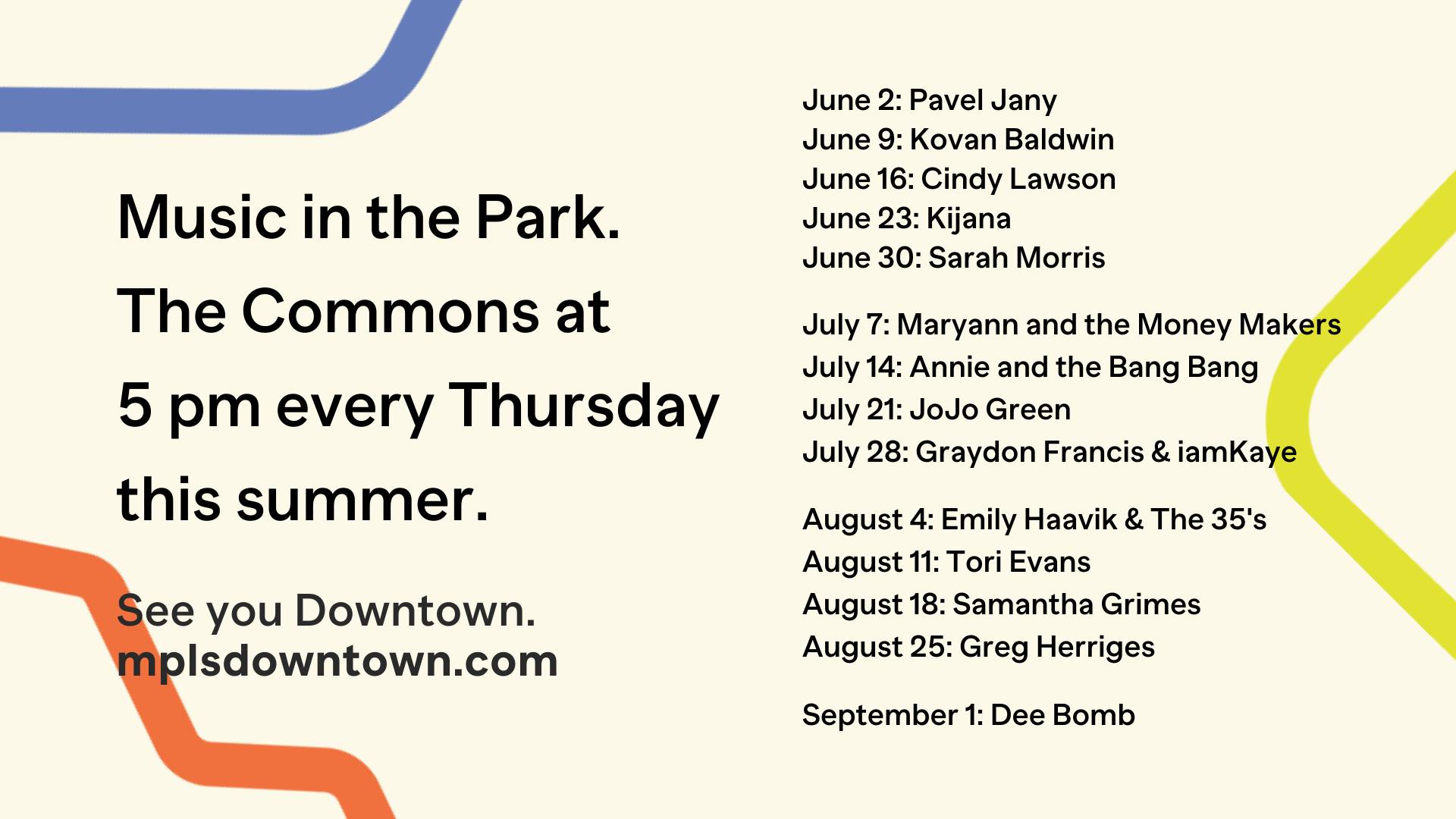 Each Thursday at 5 pm this summer, enjoy Music in the Park at The Commons. There is a fantastic lineup each week.

July 7: Maryann and the Money Makers

July 14: Annie and the Bang Bang