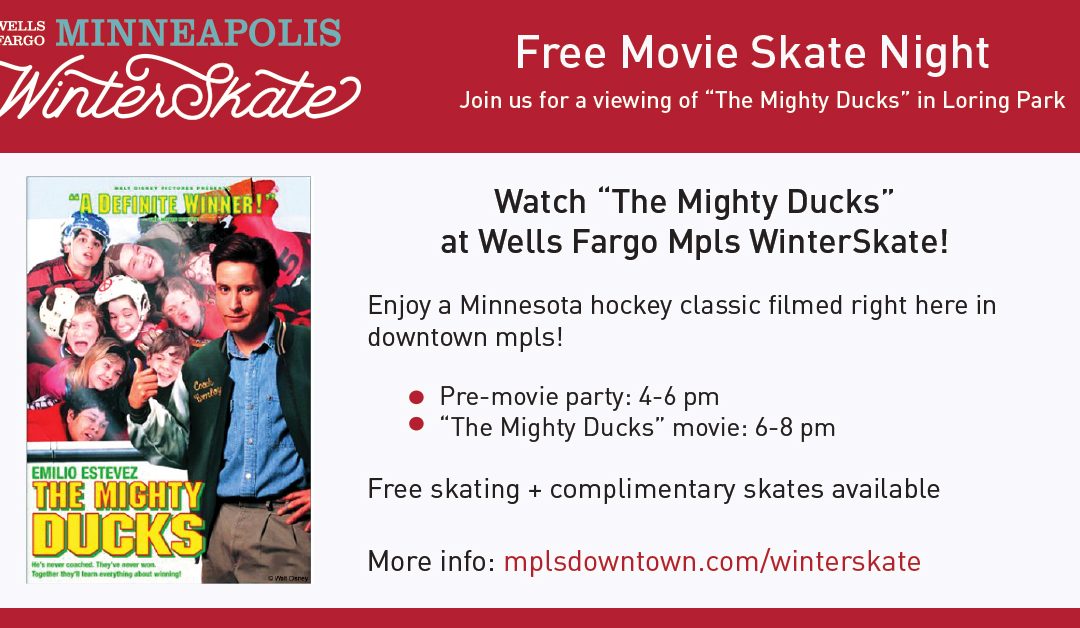 Join us Friday, January 17 at the Wells Fargo Mpls WinterSkate for a special movie skate featuring “The Mighty Ducks”. The event begins with a pre-party featuring treats from 4-6 pm and then includes the movie being shown from 6-8 pm on a big screen next to the ice rink. Skating is free, and complimentary skates are available in a variety of sizes on a first-come, first-serve basis. Enjoy the festivities in the warming house courtesy of CenterPoint Energy, and then head out on the ice for skating and a classic Minnesota hockey movie that was filmed right here in downtown mpls.

Wells Fargo Mpls WinterSkate has free activities and skating all winter long. Learn more about the full schedule at www.mplsdowntown.com/winterskate. 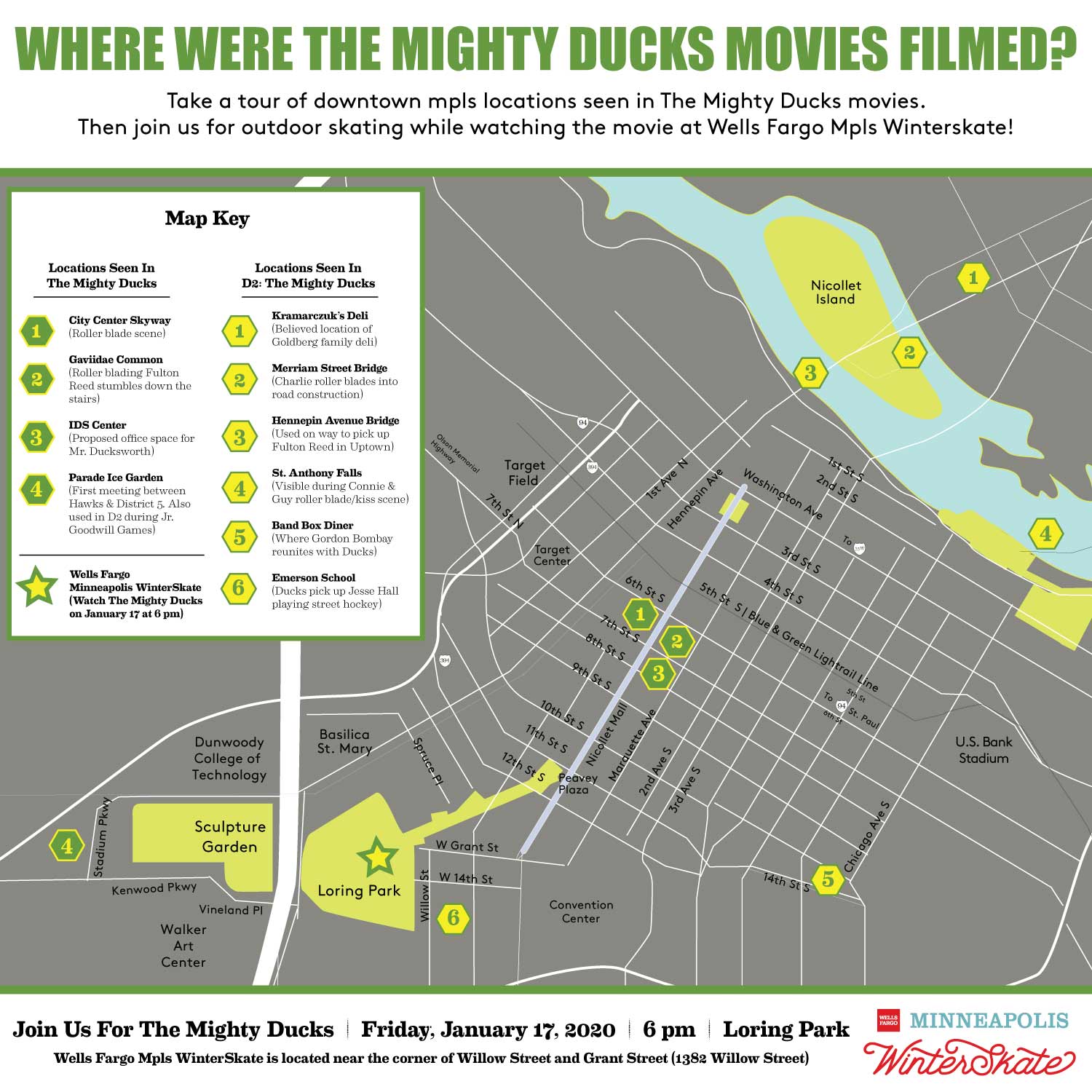