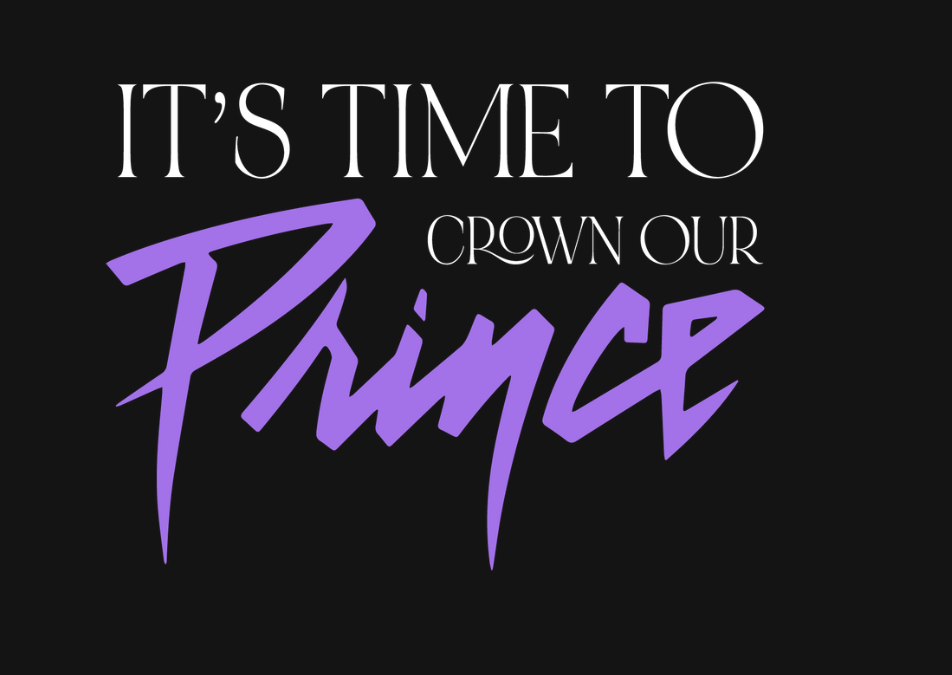 Hiero Veiga has been selected as the official artist to paint the mural honoring Prince that will be on display in Downtown Minneapolis. The new 100-foot mural will call the city’s Ramp A home and overlook the core of the entertainment scene that was once Prince’s playground. (Ramp A is located on the SW corner of 1st Avenue and 8th Street).

Hiero Veiga—an internationally known muralist—was one of 60 original artists considered for the project. The Crown Our Prince Selection Committee, led by mural organizers Sharon Smith-Akinsanya and Joan Vorderbruggen, considered a diverse range of accomplished artists and narrowed the list down to 10 finalists. From there, the Committee invited Prince’s family and The Prince Estate to participate in a series of interviews and narrowed down to three finalists, all of whom submitted concepts for their vision of the mural. In the end, Veiga emerged as the clear choice to immortalize Prince in a larger-than-life mural.

A self-taught artist, Veiga’s breathtaking hyperrealist work has been commissioned worldwide and has graced the exterior of Miami’s Museum of Graffiti.

“It is an honor to be selected to paint the mural of Prince,” said Veiga. “I have worked my entire life for an opportunity like this. I understand the full weight of this responsibility. This is Prince’s legacy, and I will make sure that this mural makes Prince’s family, fans, Minneapolis, and the world proud.”

“It is important for us to have an iconic display to show that my uncle is and not was [an icon]. We felt that Hiero demonstrated the best skill set to show the timelessness of his legacy,” said President Nelson, Prince’s nephew.

“Downtown Minneapolis is family to Prince and me. Our parents met there. This mural means so much,” added Tyka Nelson, Prince’s sister and President’s mother.

On June 2nd, the public is invited to the heart of Downtown Minneapolis to honor Prince’s legacy with a block party. The Crown Our Prince Selection Committee has organized this event to officially unveil the mural and celebrate Prince’s upcoming birthday.

“Prince loved Minnesota,” says Sharon Smith-Akinsanya, CEO of Rae Mackenzie Group and former Prince marketing manager. “He could have lived anywhere else in the world, but he chose here. Prince was born here, he lived here, and he died here.”

“I don’t really consider myself a Superstar. I live in a small town, and I always will because I can walk around and be me,” quoted directly from Prince.

“Prince’s contributions to the world and to the Arts are immeasurable,” Smith-Akinsanya continued. “Many of us—myself included—made Minneapolis home because of Prince’s love for this city. That’s why, even though it’s been seven years of working toward this, Joan and I could never just walk away and give up. Prince deserves to be honored by his hometown, it’s time to Crown Our Prince. And our tenacity is paying off. It’s happening! Our corporate sponsors U.S. Bank, the Minnesota Twins, Target, and Best Buy have led the way to make this dream a reality with substantial financial support. And Hiero, I can’t wait to see his vision come to life!”

Funds for the mural will ensure its preservation for the next 30 years managed by the mpls downtown council with support from the City of Minneapolis and Minnesota Department of Transportation—the owner of Ramp A.

“We’re finally close! To see this becoming a reality is so much bigger than just a seven-year dream come true. It’s awe inspiring,” added Joan Vorderbruggen, Public Art Consultant. “Hiero is an amazing artist, very skilled at his craft. His career is filled with hyperreal murals that bring his subjects to life. He is the perfect person to capture the living legacy of Prince.”

“This Prince mural will be an incredible addition to our downtown community—a must-see work of art for all to come downtown to enjoy,” said Steve Cramer, president & CEO, mpls downtown council. “The Prince mural will provide another exciting draw as people come to Downtown to enjoy arts and culture, sporting events, and local establishments. This is a great way for our entire community to gather and celebrate Prince’s legacy.”

The mural painting is set to begin on Monday, May 16th and will be completed on Thursday, June 2nd.

Corporate and individual sponsors, partners, and contributors are still welcome. For a full list of sponsors and more information, please visit: CrownOurPrince.com