a look back at a wonderful summer

The summer of 2017 in downtown mpls was a great one, indeed. The city was buzzing with fun, entertaining things to do for any and every one day after day. There were tons of great events and programs produced by the mpls downtown council for the entire family to enjoy, in addition to the many other happenings every day and night in our great city.

Whether it was the 78th annual Aquatennial, various Go Outside with Hennepin County activations, locally-painted pianos, or the other fun activities put on by the mpls downtown council, there was an effort to make the summer as full of fun, free events for people of all ages to enjoy.

The Best Days of Summer returned in 2017 once again, boasting over two dozen free events in just a four day span from July 19-22. The 2017 Aquatennial was headlined by two flagship events, the CenterPoint Energy Torchlight Parade and Target Fireworks. Both of these events were highly successful and filled with fun for the 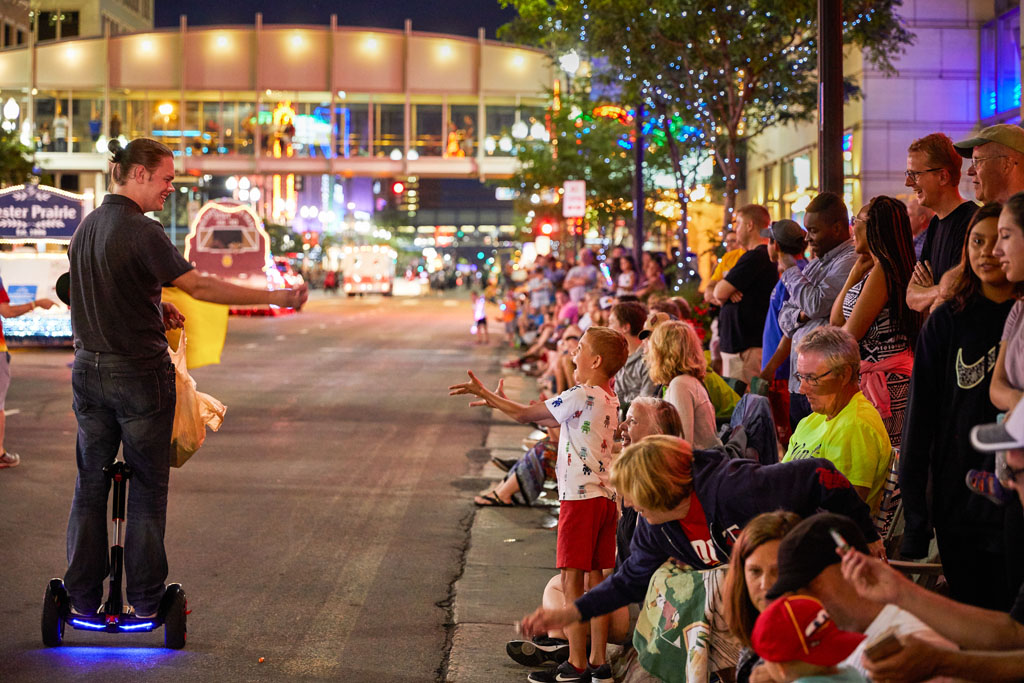 entire family to enjoy. Thousands upon thousands of people came to downtown mpls to attend and enjoy the Aquatennial. This year, the Aquatennial festivities featured two new events, the Candid Canines Film Fest, which was a half-hour film showcasing the world’s most lovable pets at Target Field Station, and the MN Made Market, which took place at JB Hudson Jewelers and celebrated various local makers and their products. The 2017 Aquatennial was most definitely a success once again.

In addition to the Candid Canines Film Fest, Target Field Station also played host to a plethora of outdoor movie and trivia nights as a part of the Go Outside with Hennepin County summer program. On six different Thursday nights this summer, an outdoor movie was shown on the big screen at Target 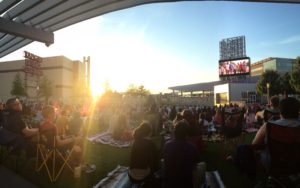 Field Station. The full movie lineup included “The Sandlot,” “Footloose,” The Parent Trap,” “Inside Out,” “Finding Dory,” and “Free Willy.” The lawn at Target Field Station was nearly full many times, as many families and other guests came to enjoy an outdoor flick. In addition to six movie nights, the location also held four Tuesday Trivia Nights. Groups of young adults gathered and came outside to test their knowledge a handful of times throughout the summer. To cap things off at Target Field Station, The Most Epic Family Day took place in mid-August, which drew a large amount of families to enjoy water-themed activities and “Moana.” The events at Target Field Station were a blast for all that attended.

In addition to Go Outside events at Target Field Station, there were also weekly activations at Hennepin County Government Center South Plaza all summer long. Every Wednesday from 11:30 am-1:30 pm, South Plaza was full of lawn games, a food truck, meditation area, an art cart, and more. Crowds came to grab lunch and enjoy the activities each and every week. On Thursdays, the Mpls Farmers Market took place at South Plaza from 6:00 am-6:00 pm, and featured a variety of local farmers, growers, and products. There was also a monthly-rotating locally-painted piano located at South Plaza throughout the summer, as well. The piano was open and free to use to the public everyday with many scheduled lunchtime performances taking place throughout the summer, too. Most notably, local music legend Mark Mallman performed a “pop-up” at South Plaza in June. Through all of these things, South Plaza was highly active all summer long for everybody to enjoy. 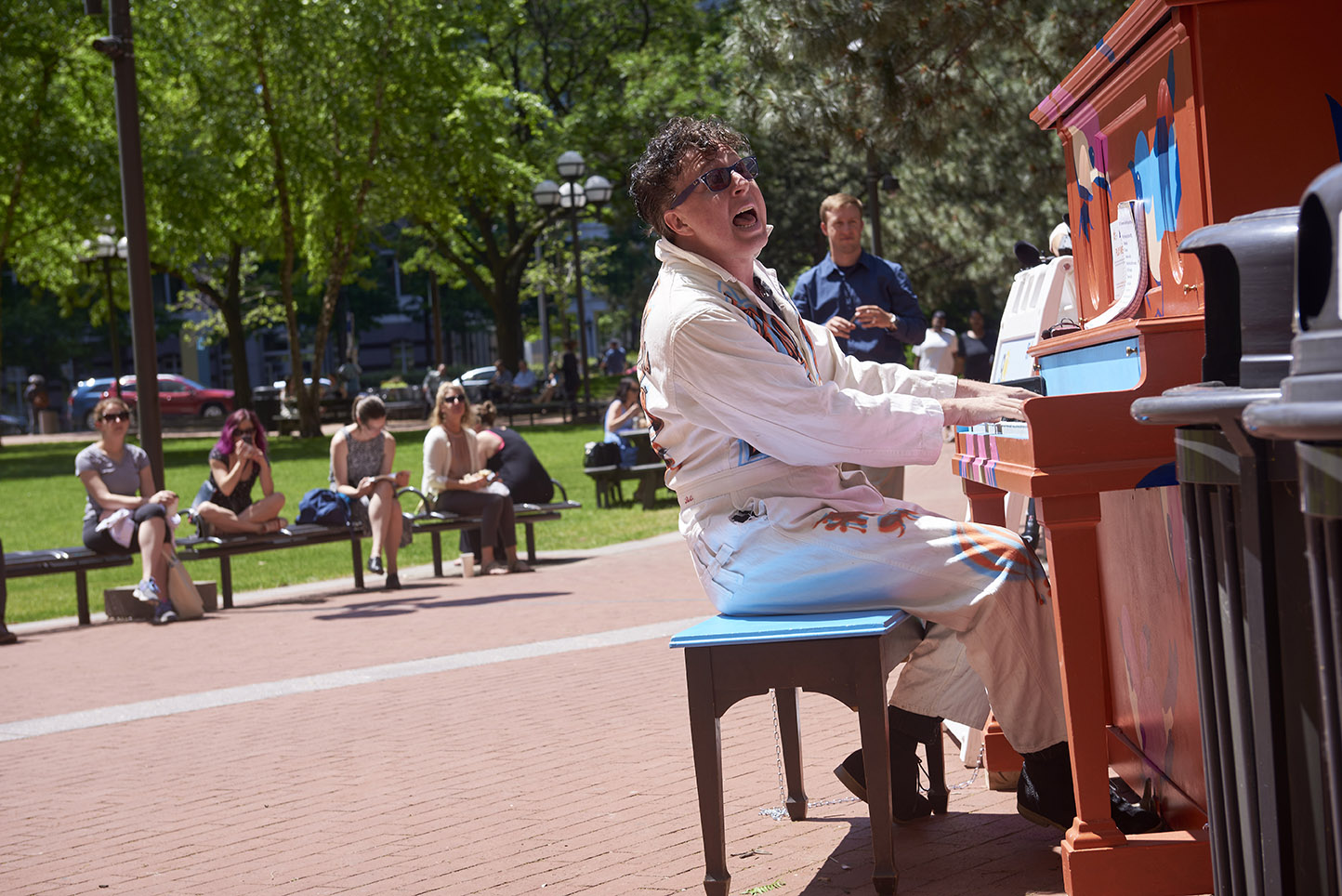 Mark Mallman performs at the Hennepin County Government Center for the Pianos On Parade program on June 6, 2017 in Minneapolis, Minnesota. © Tony Nelson

South Plaza was not the place to host a piano in downtown mpls this summer, however. In the month of June, 25 beautiful pianos painted by local artists were scattered throughout downtown mpls as a part of the “Pianos On Parade” program. Each Tuesday from 12:00-1:00 pm, there were scheduled performances at as many pianos as possible. The program was widely successful in its second go around. Nearly every corner was filled with music being played by the talented public on the wonderful pianos all June long.

From pianos to fireworks to outdoor movies, the mpls downtown council exerted a full effort to ensure there was always something to do in downtown mpls. Go Outside with Hennepin County, Pianos On Parade, Aquatennial, and all of the other fun made the summer of 2017 one definitely not to be forgotten.