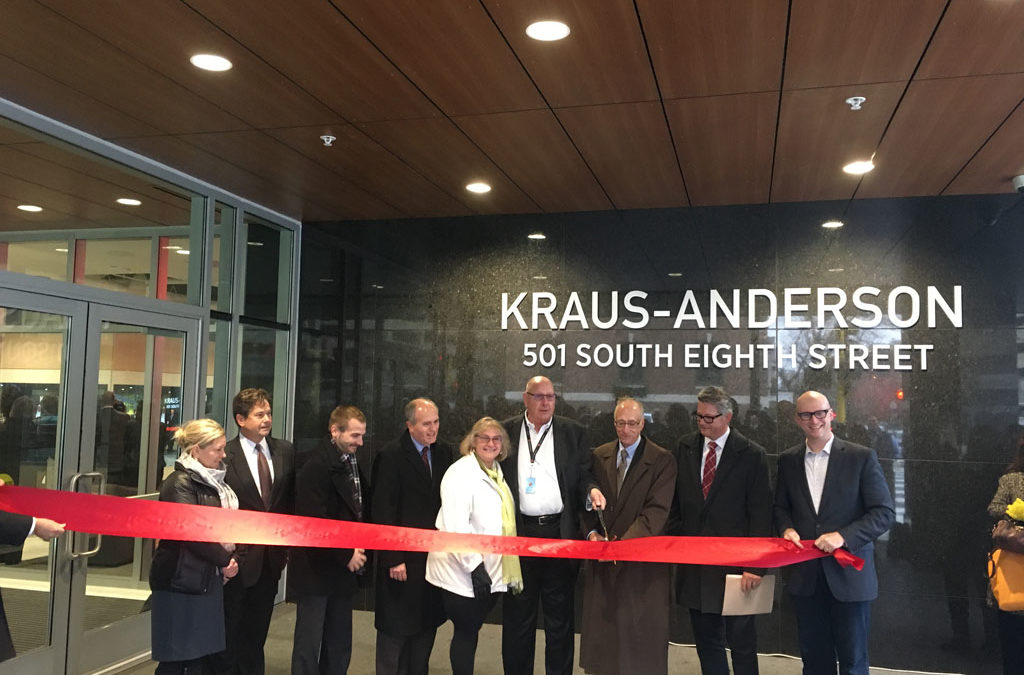 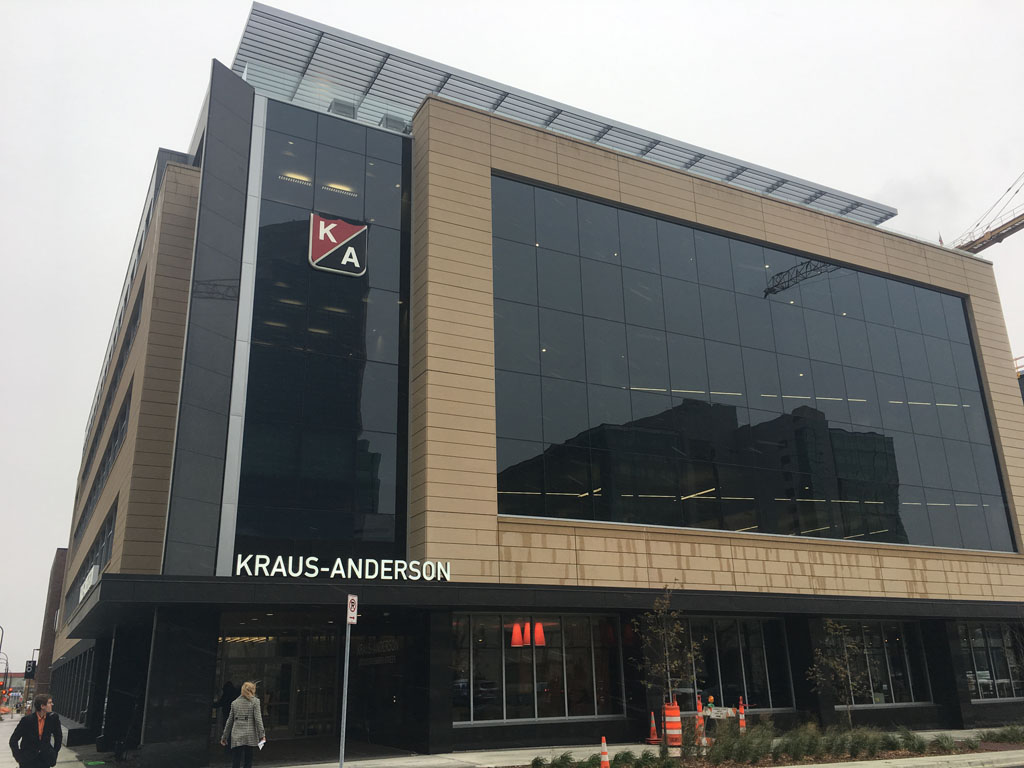 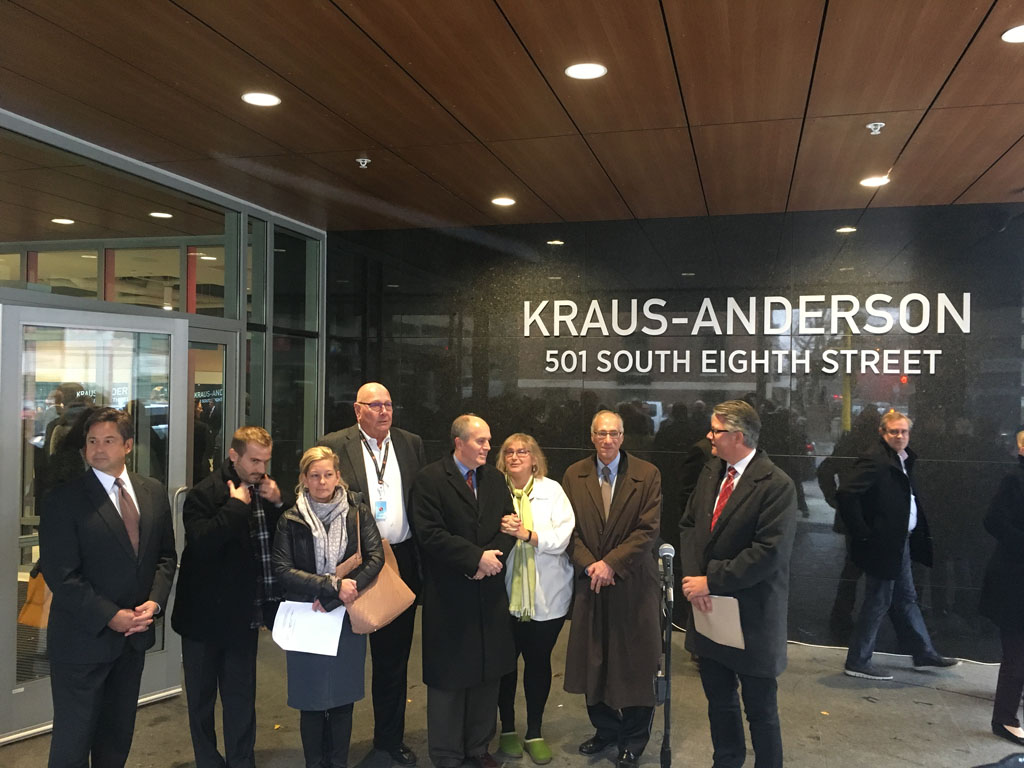 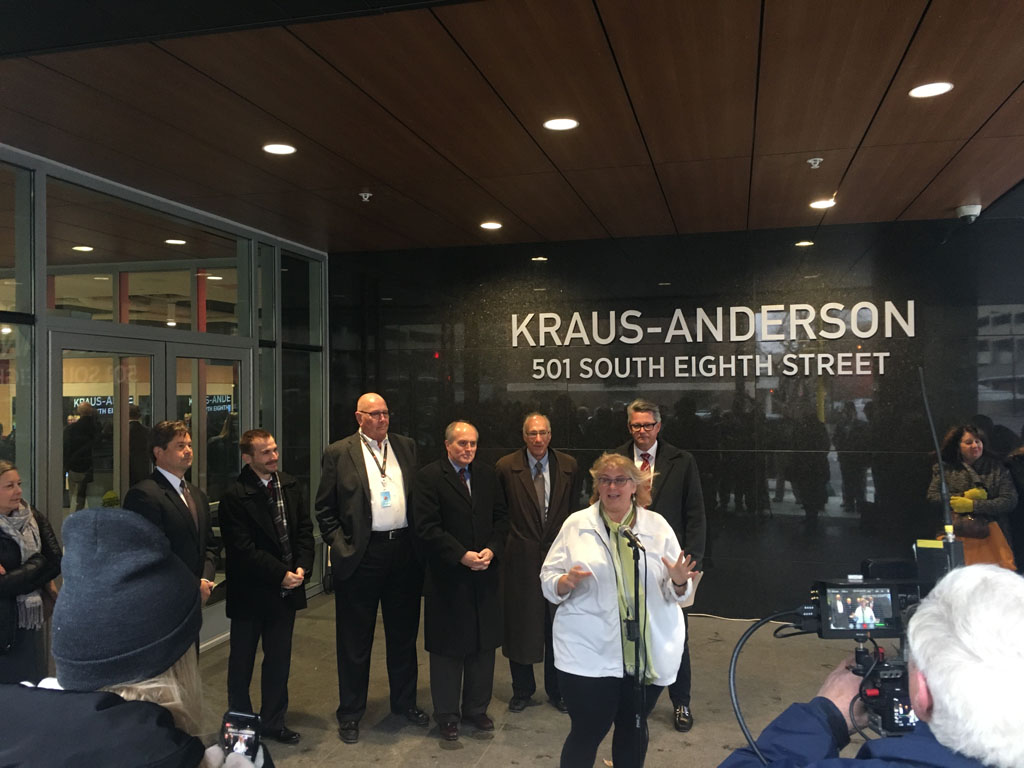 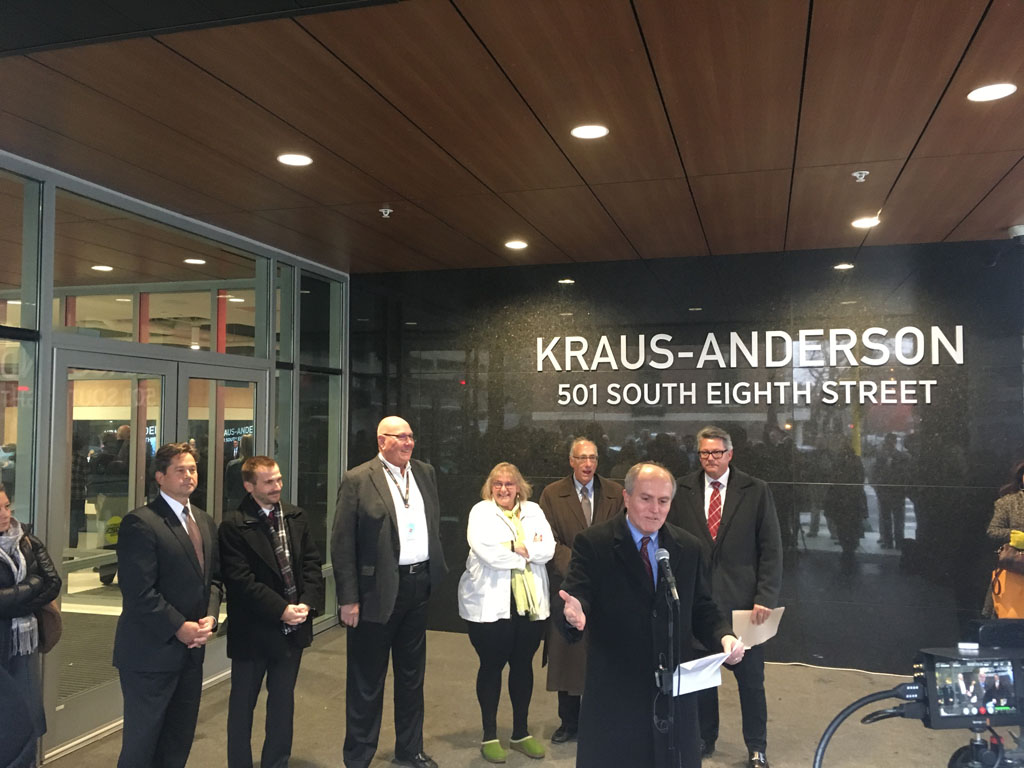 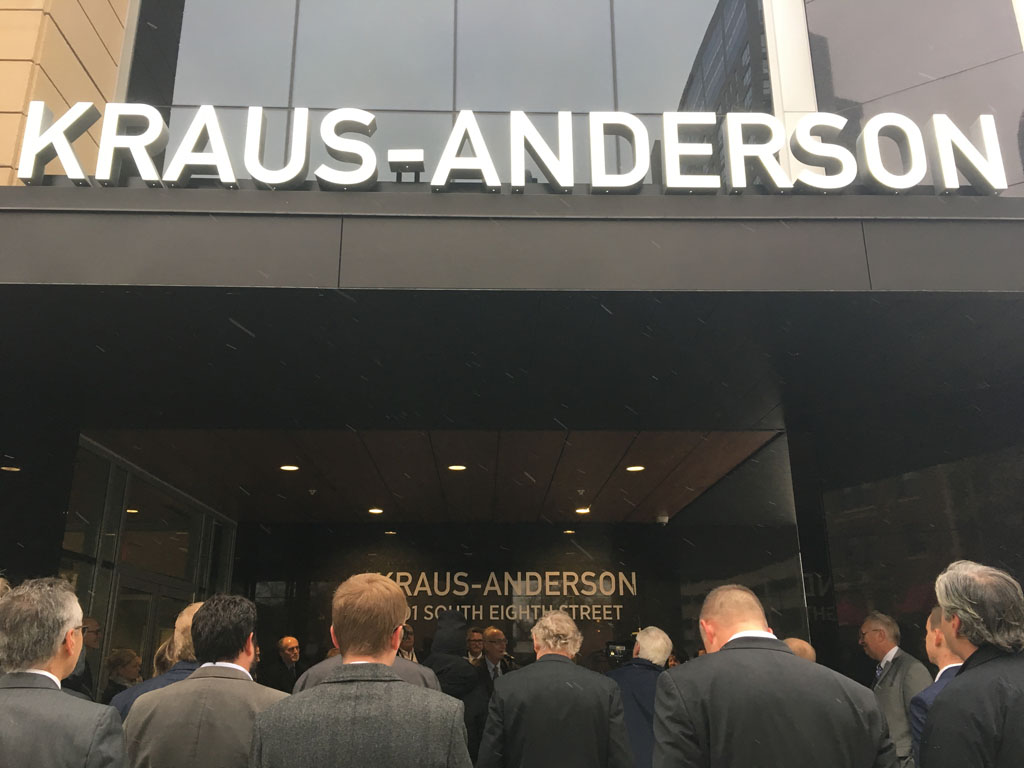 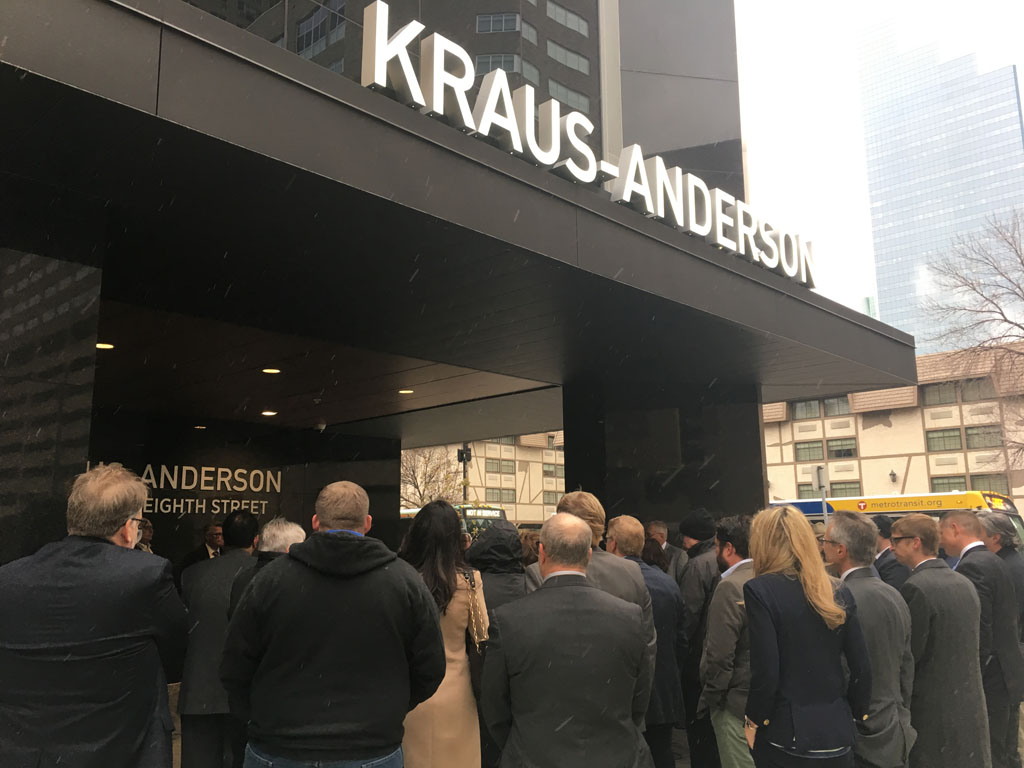 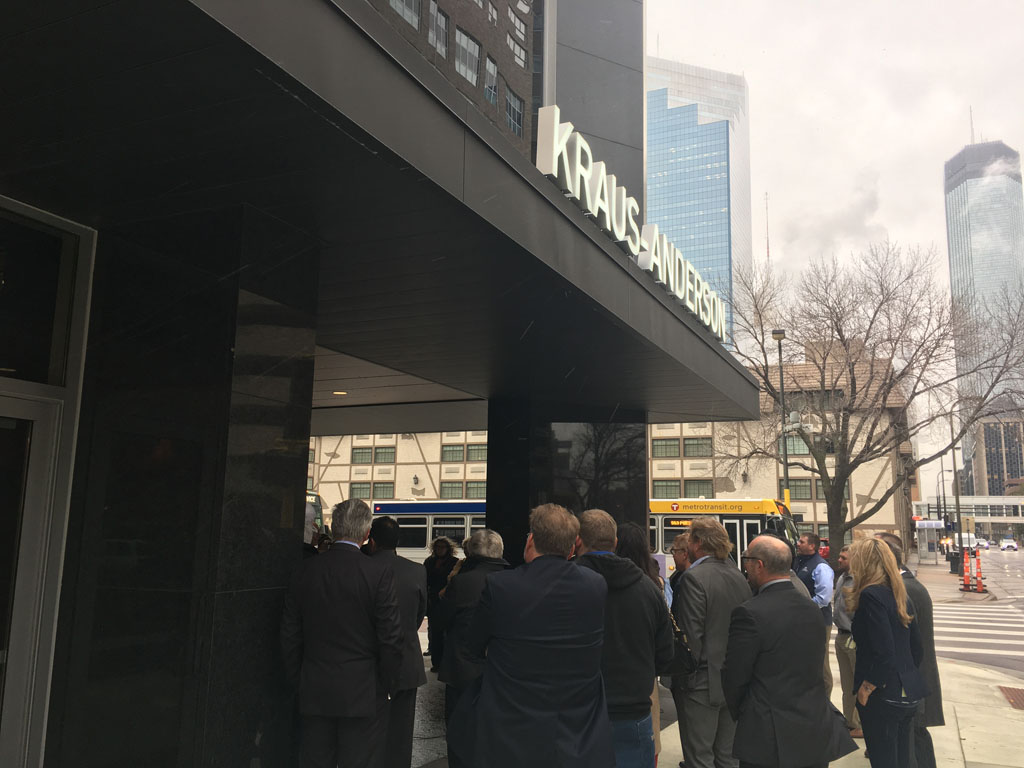 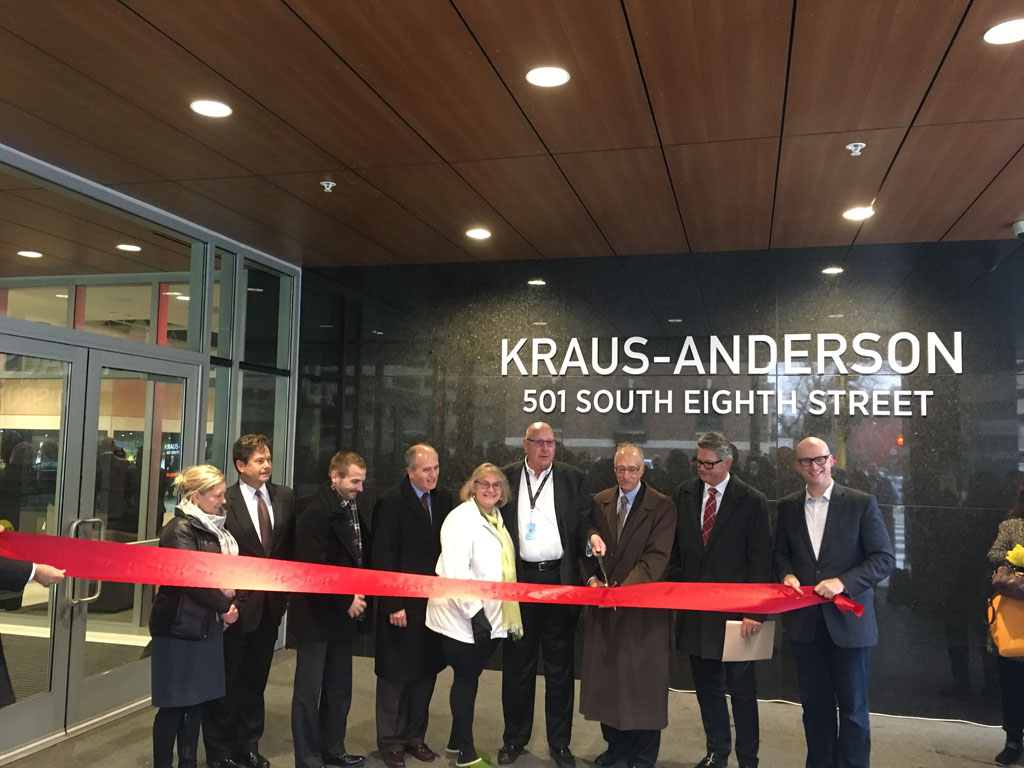 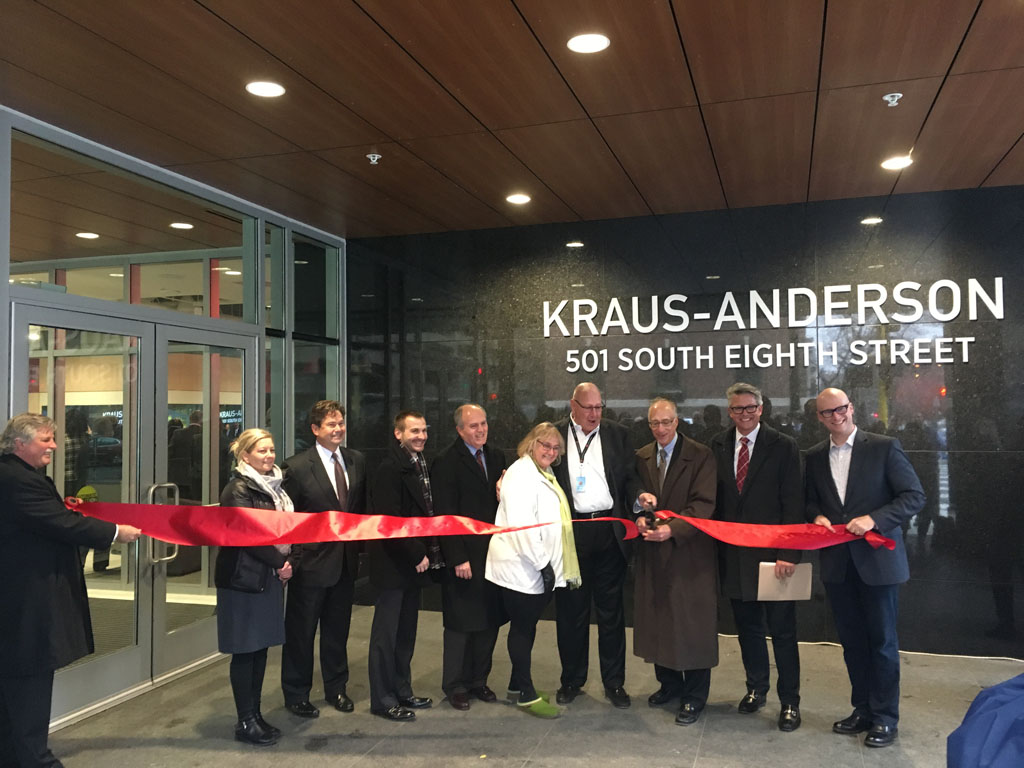 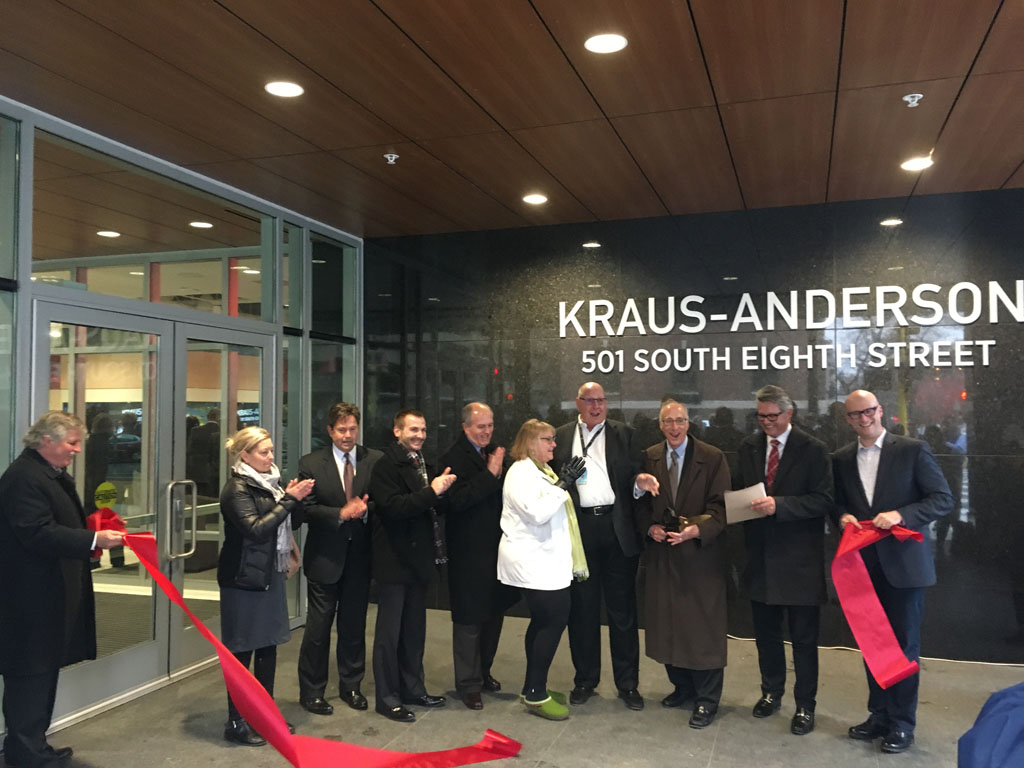 Kraus-Anderson celebrated the ribbon cutting of its new headquarters in East Town on November 1. The event celebrated one of the key components of the Kraus-Anderson project being completed, with the rest to follow in the coming months.

The Kraus-Anderson project features a mixed use redevelopment of Kraus-Anderson’s longtime headquarters block. Elements include Kraus-Anderson headquarters; a five-story 100,000 s.f. office consolidating three existing KA offices under one roof with 300 employees; “H.Q.,” a 17-story, amenity-rich apartment building along Portland Avenue residential and cycling corridor; The Elliot Park Hotel, an eight-story, 168-room Marriott Autograph boutique hotel with a main level restaurant and catering; and the Finnegan House, a three-story building with Finnegan’s microbrewery and taproom on the ground level, home to the FINNovation Lab and IMPACT Hub featuring collaborative office spaces for other social entrepreneurial business. Underground parking, generous landscaping and a central courtyard will further enhance the block.

The Finnegans House and the H.Q. Apartment building are both scheduled to be completed in March 2018. The Elliot Hotel is slated to wrap up in September 2018.

Keeping Kraus-Anderson in downtown and redeveloping this block also helped K-A consolidate and add jobs downtown. The entire project was part of The Mpls Big Build.

Above are a few photos from the ribbon cutting celebration.