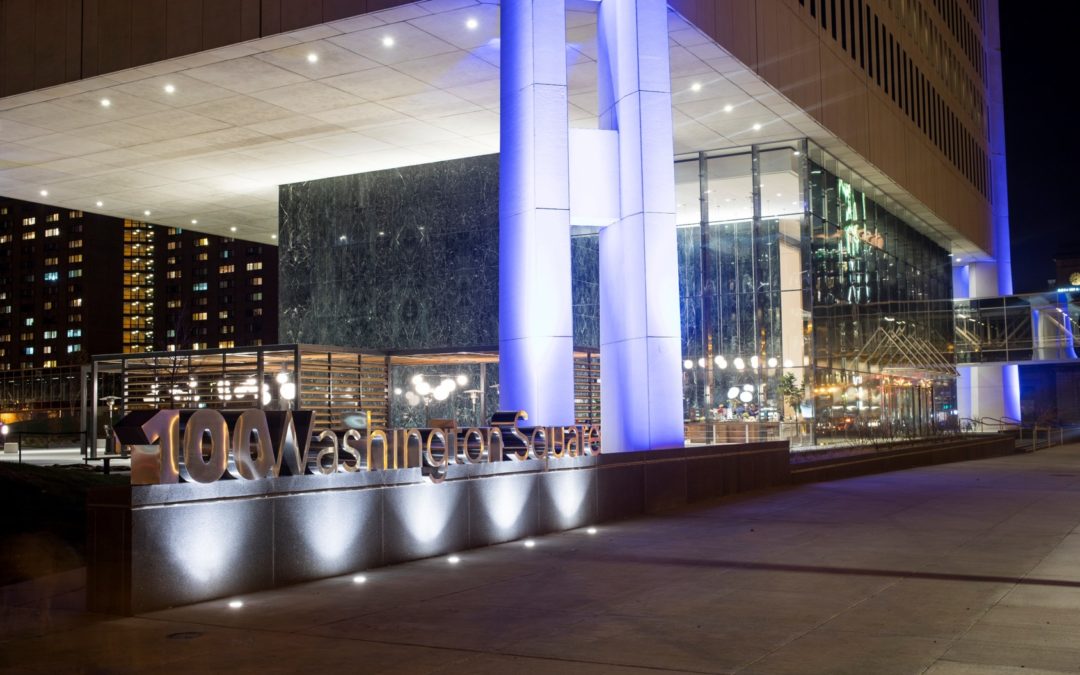 When did you first get involved in Washington Square?

What potential did you see in the building in terms of taking its initial style and renovating it into what it looks like today?

We thought there was a great opportunity to take an asset that was underperforming and create something unique that the market had not seen before.  We saw this end of the market as an opportunity that others did not see.  The surrounding area had been a dead zone for years.  However, we saw the writing on the wall for a bustling community set to evolve in three years.  Wells Fargo had just announced construction of a new million square foot campus a few blocks away.  The Vikings had just started construction on the new US Bank Stadium.  The city was in discussions about creating a 2-block public park.  Meanwhile, the North Loop – just one block away – was growing into the hottest submarket in the Twin Cities.  We saw Washington Square – not as in the middle of a dead zone, but as the center of a T – linking the North Loop and [East Town] and the entire CBD extending out before it to the south.

What were some of the main things you wanted to accomplish in the renovation?

Create a market where there was none. Create an environment where Millennials would want to work. Create the Silicon Valley of Minneapolis. Create a forward-thinking modern workplace for progressive organizations looking to attract and retain top talent.

How has the renovation added to current tenants’ experience and helped attract new tenants? What are some of the amenities people enjoy?

The renovation has been the key to our success.  Without it we would have continued to be a vacant sleepy building.

How do projects like Washington Square help impact and revitalize its surrounding neighborhood and the downtown community as a whole?

Today’s employers need boxes to check so as to be able to attract employees.  This upgrade helps bring Tenants from the suburbs Downtown. It has made this area of downtown – which used to be a dead zone – a livable, walkable, enjoyable part of town, further weaving together the fabric of our city.

To you, what is the biggest impact this project has on downtown Minneapolis?

They say imitation is the sincerest form of flattery.  Our competition has copied our amenity packages and created more progressive, workforce-focused environments. It has brought tenants such as ECMC Downtown. It has also strengthened the pedestrian connection between the North Loop and [East Town].

What do you enjoy most about downtown Minneapolis?

A positive feeling about community. The rise of the food and drink culture. The investment in the public realm – Nicollet Mall, Stadiums, The Commons, Light Rail – all of these initiatives will have major impact on Minneapolis being able to become a real metropolis, rather than just a fly-over state. Conveniences to sporting events, concerts and restaurants.  So much is starting to be more walkable.