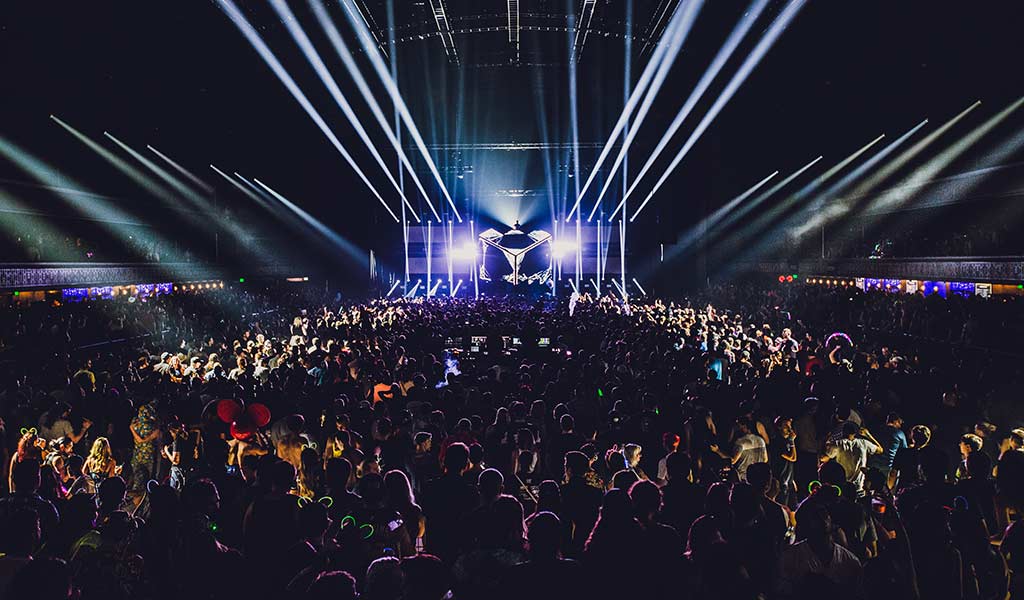 The Armory is rich in history–one that includes threads of Minnesota’s fabric woven together for nearly a century.

It was once home to the Minneapolis Lakers, and it held National Guard operations. It provided space for political conventions, boxing events, and even music videos for Prince and Aerosmith.

After two decades being used as a downtown mpls parking garage, The Armory became a revitalized entertainment destination over the past two years. Today it is a dynamic venue that transformed downtown’s entertainment opportunities almost immediately.

The Armory has long held significance in downtown Minneapolis, and that history is proudly displayed inside its refurbished decor. As you walk through, you’ll see odes to the Lakers, the National Guard, major bouts and special events. The Armory offers a trendy, upscale feel that brings the pit concert experience and the box seat luxury together in a way that delivers up-close-and-personal music to both. The venue holds roughly 9,000 people for a concert–a venue size downtown’s music scene was missing. Before The Armory, mpls didn’t have a location that was the right sized fit for bands that drew more than a First Avenue-sized location but didn’t quite need Target Center’s capacity. Today, The Armory provides that perfect fit.

It hosts concerts that fit all genres–country, pop, hip-hop and anything in between. During some of downtown’s brightest moments over the past two years, The Armory has been the location of choice to host major concerts including those associated with Super Bowl LII, the 2019 NCAA men’s basketball Final Four, The X Games and more.

It is once again a destination for boxing main events in the region, it is an ideal location for corporate gatherings, and those who enter feel the historical significance mixed with the modern day amenities of a 21st Century entertainment venue.