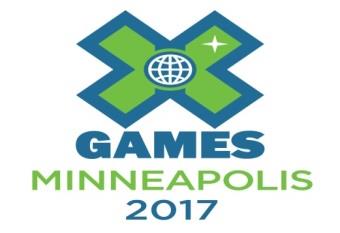 The wait is nearly over, the 2017 X Games are almost here! After being announced as the host city over a year ago, downtown mpls has been hard at work in preparation for the big games coming to town. The 2017 ESPN X Games will begin this Thursday, July 13 and will last through July 16.

There is much to be excited about when it comes to the X Games coming to our city of mpls. While many X Games events may take place in U.S. Bank Stadium, not all things X Games related do. There will be tons of great events happening around downtown mpls that are X Games related, including music on all four days. Concerts take place at First Avenue and The Commons near U.S. Bank Stadium. Performers include Prof, A Day to Remember, Flume, and Atmosphere.

In addition to the music, there will also be a festival called X Fest that takes place outside of U.S. Bank Stadium. X Fest, which is usually only open to those who have tickets to X Games, will be free and open to the public on Thursday, July 13, the opening day of the X Games.

The X Games begins a string of largescale sporting events coming to downtown mpls in the near future. Next up for big sporting events in town will be the 2018 Super Bowl, followed by the NCAA Men’s Basketball Final Four Championships. We hope you find the opportunity to check out some of the great stuff that X Games has to offer this week here in downtown mpls.