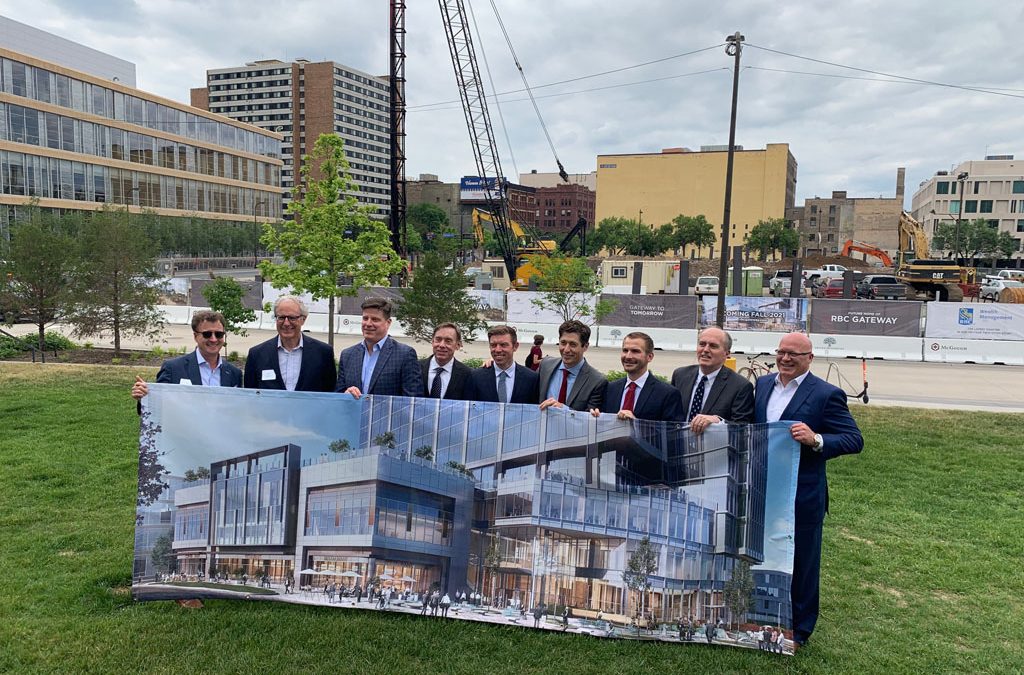 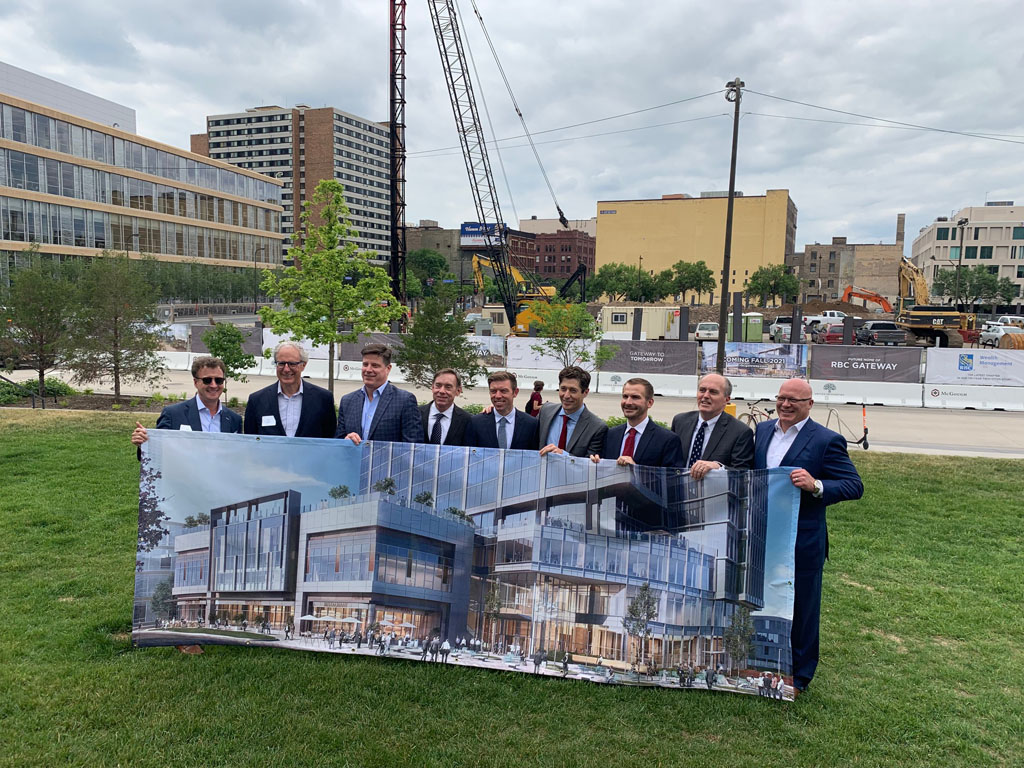 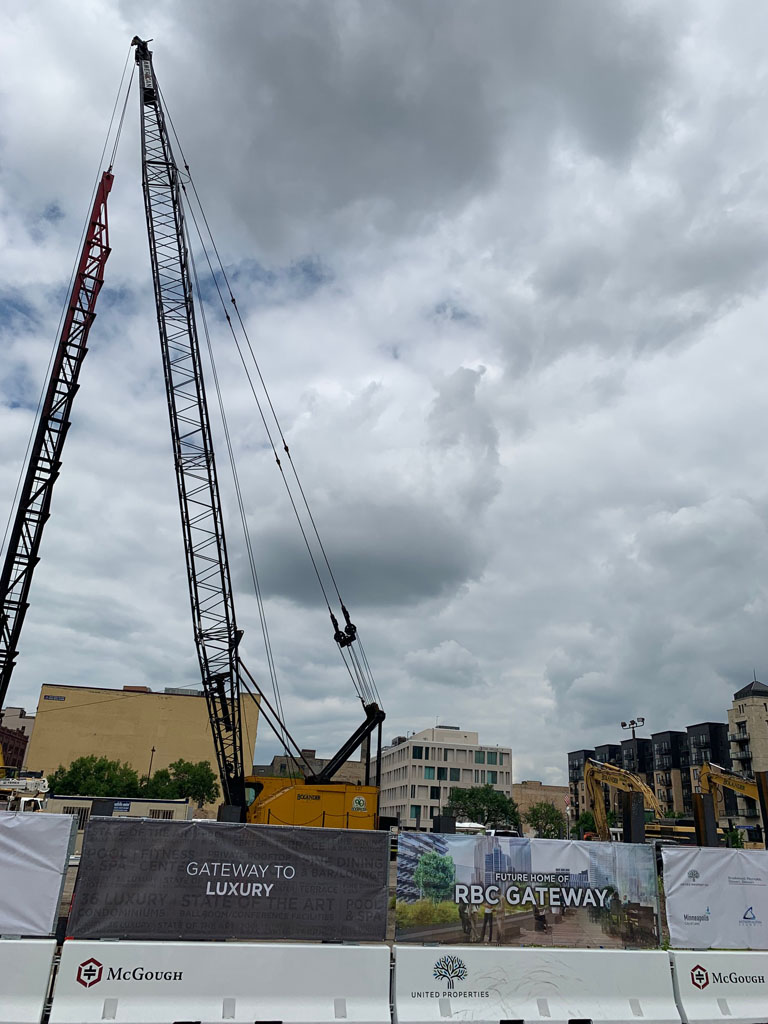 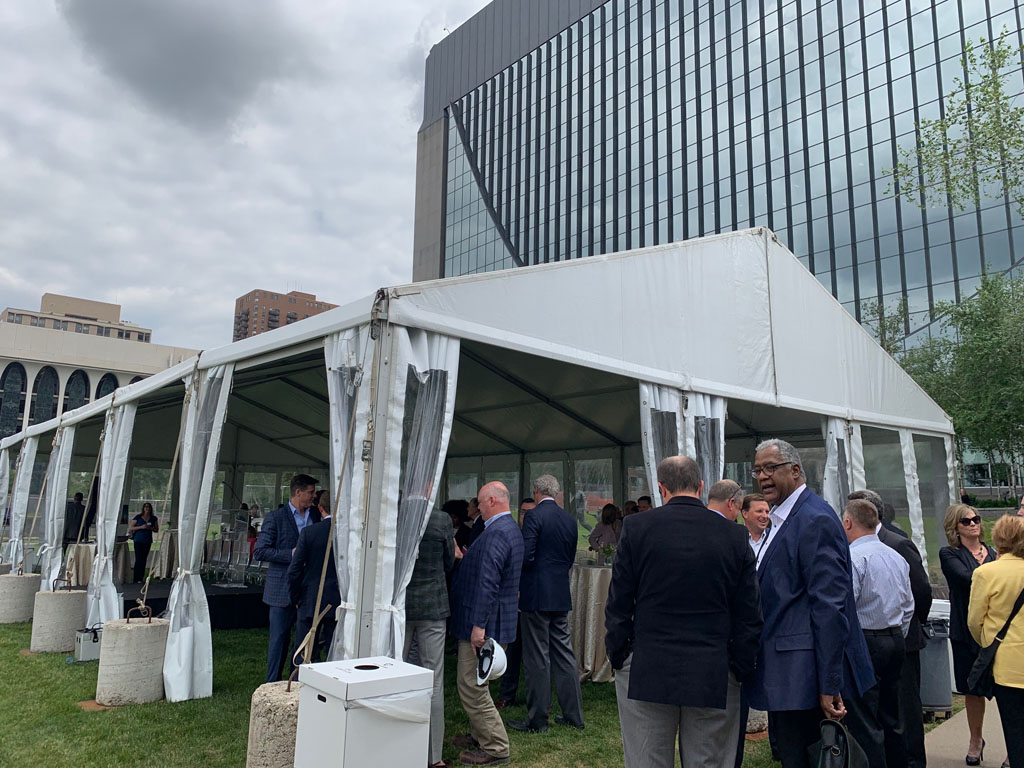 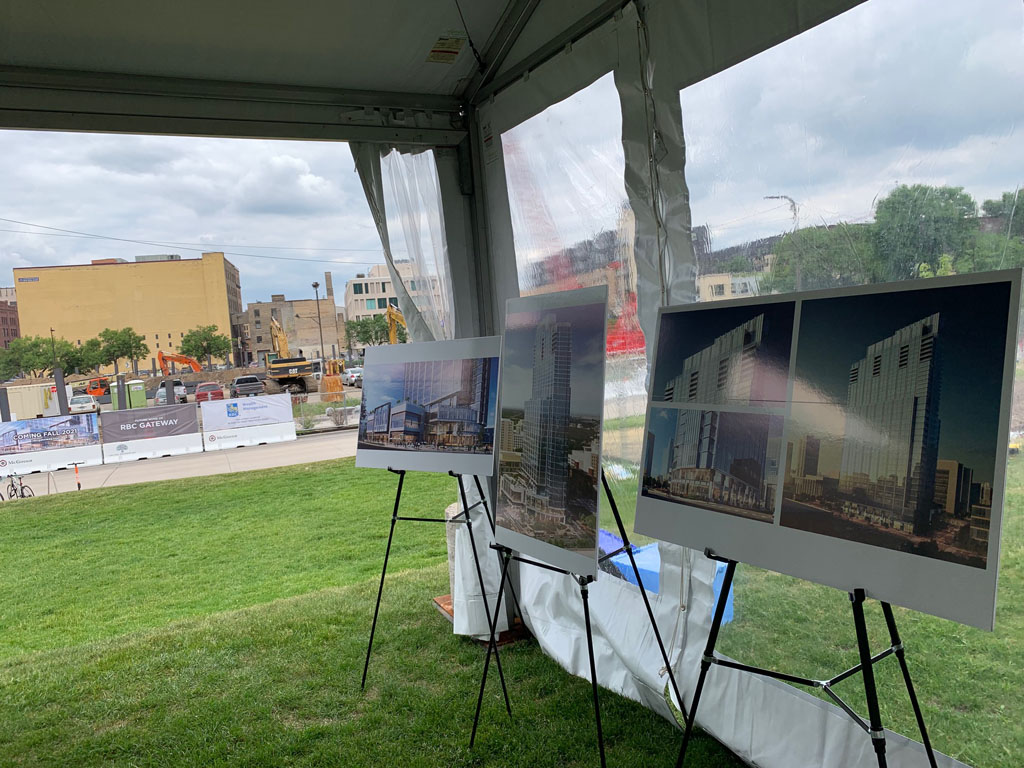 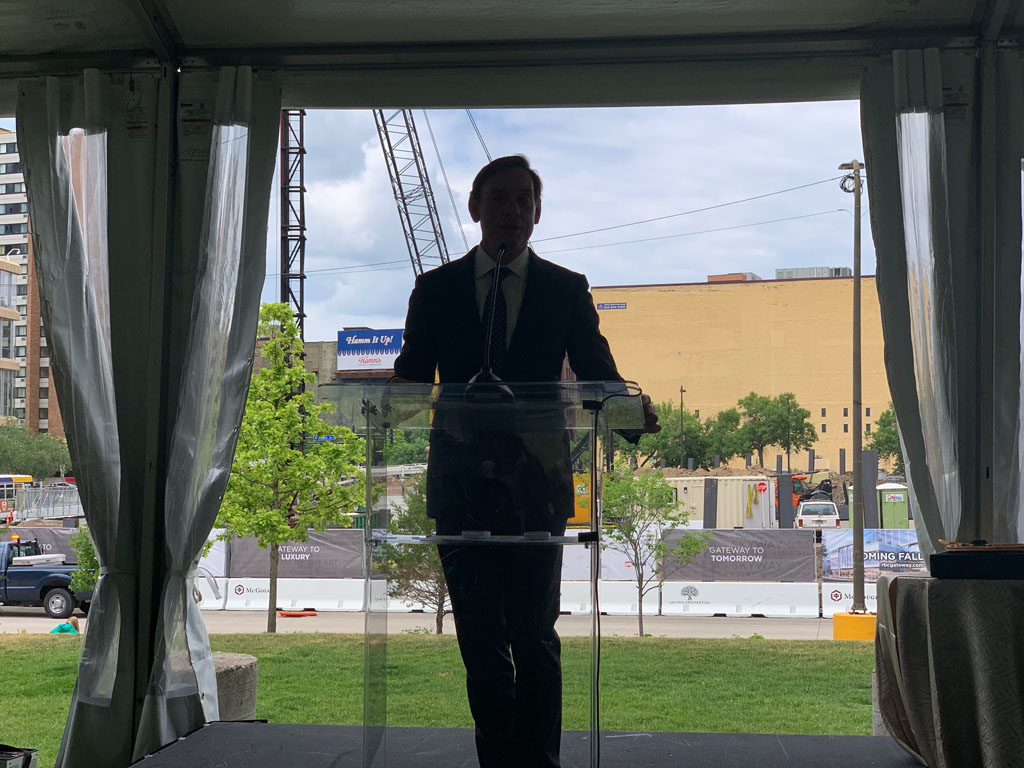 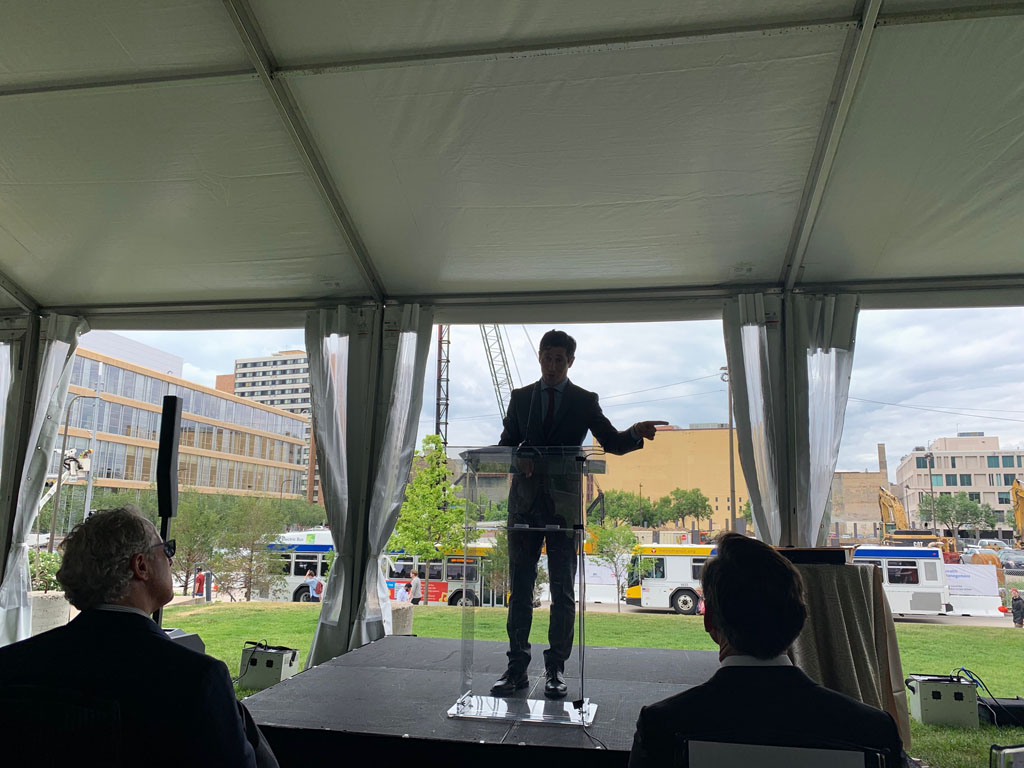 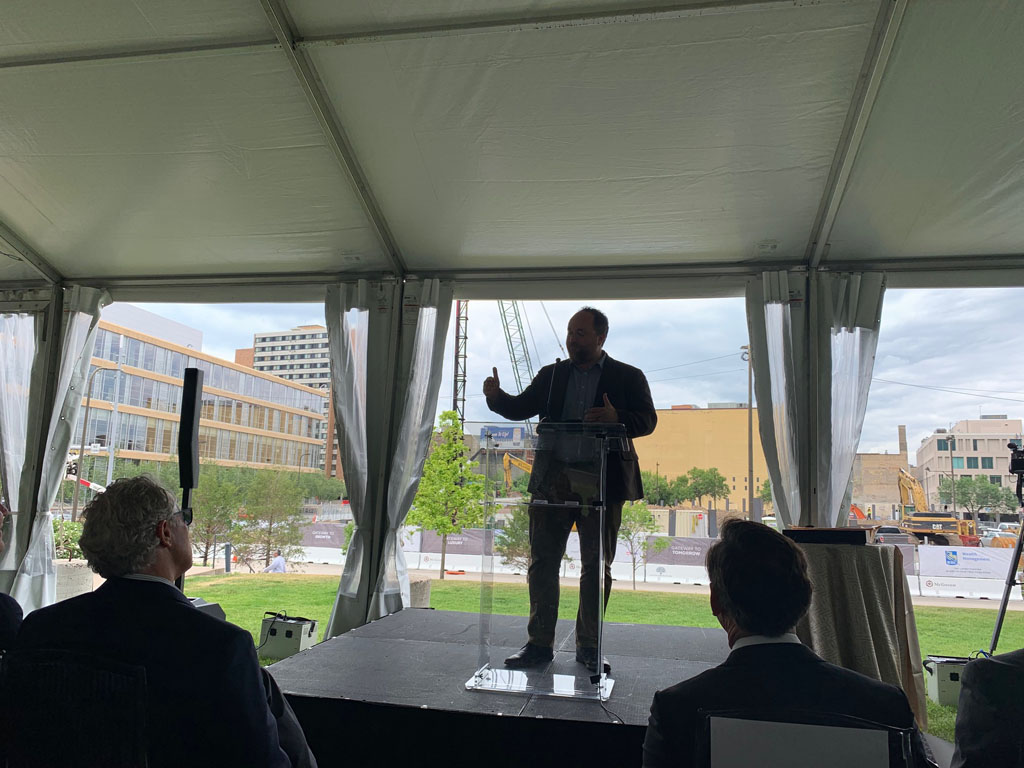 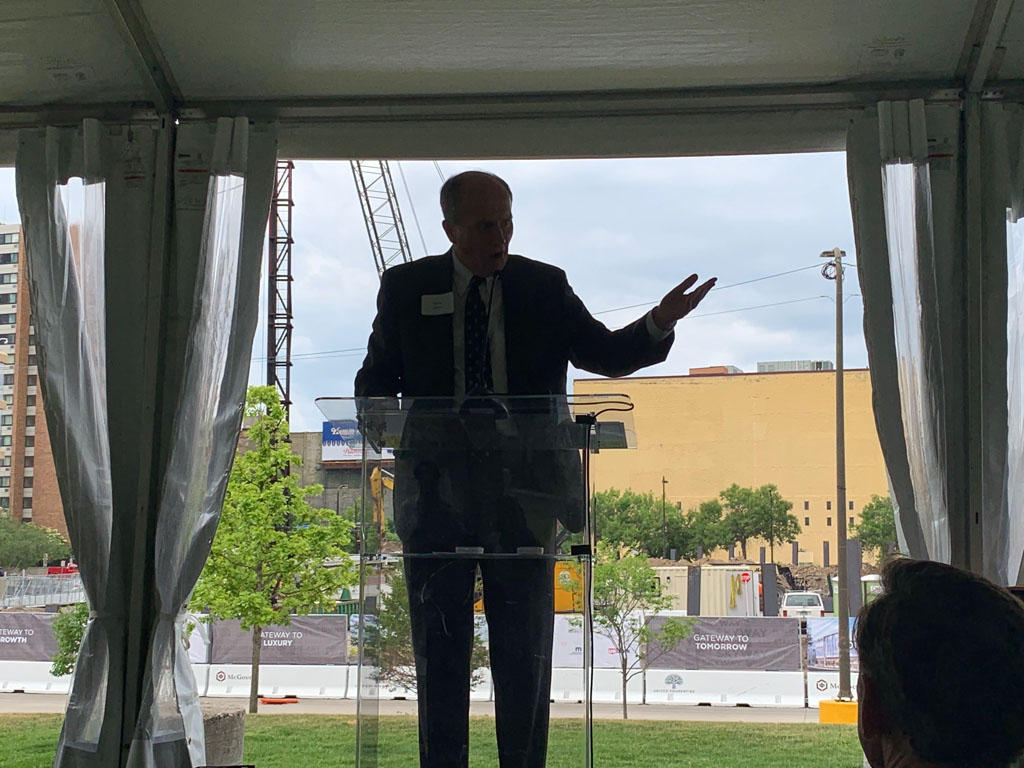 The block, which had been a surface parking lot since the early 1990s when the Nicollet Hotel was demolished, will now become a key block connecting Nicollet and downtown’s core to the Mississippi Riverfront.

Mayor Jacob Frey said the work bringing this project to fruition predated his first week as a Minneapolis City Council Member in the third ward six years ago. The RBC Gateway is located on ground that once was and still is the gateway to the western half of the United States, and this project will offer something extraordinary to greet those crossing the Mississippi River into downtown.

The mpls downtown council’s president & ceo Steve Cramer said this block was destined for something great for a long time, and good things do come in time. He said the project will create a strong pedestrian experience anchoring the northern edge of Nicollet, and it will greatly enhance the public realm in our downtown along a key block that touches Nicollet, Hennepin and Washington. Cramer also said this project is the latest example of the Pohlad Companies’ continued investment in our community over the past 30 years.

The RBC Gateway is expected to open in Fall 2021.