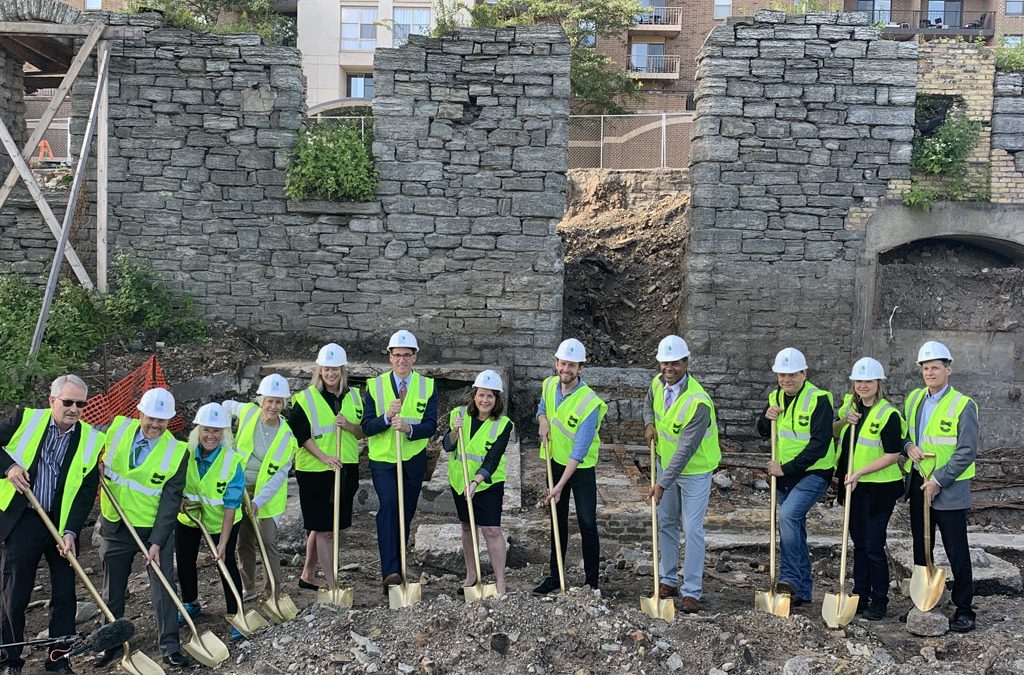 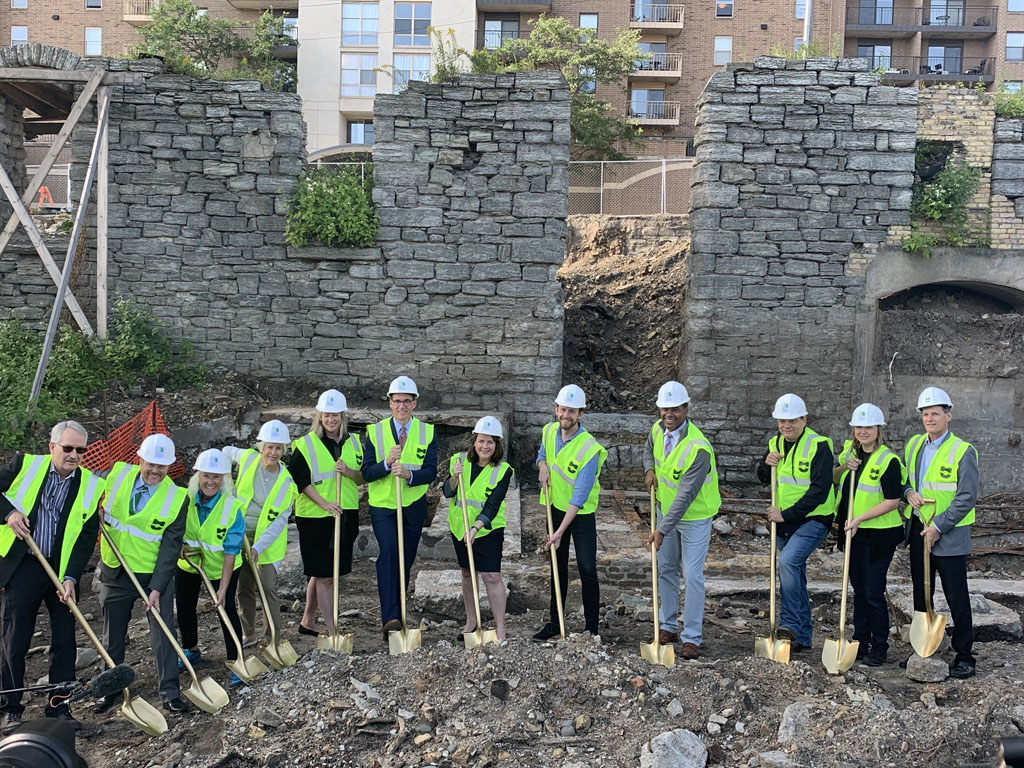 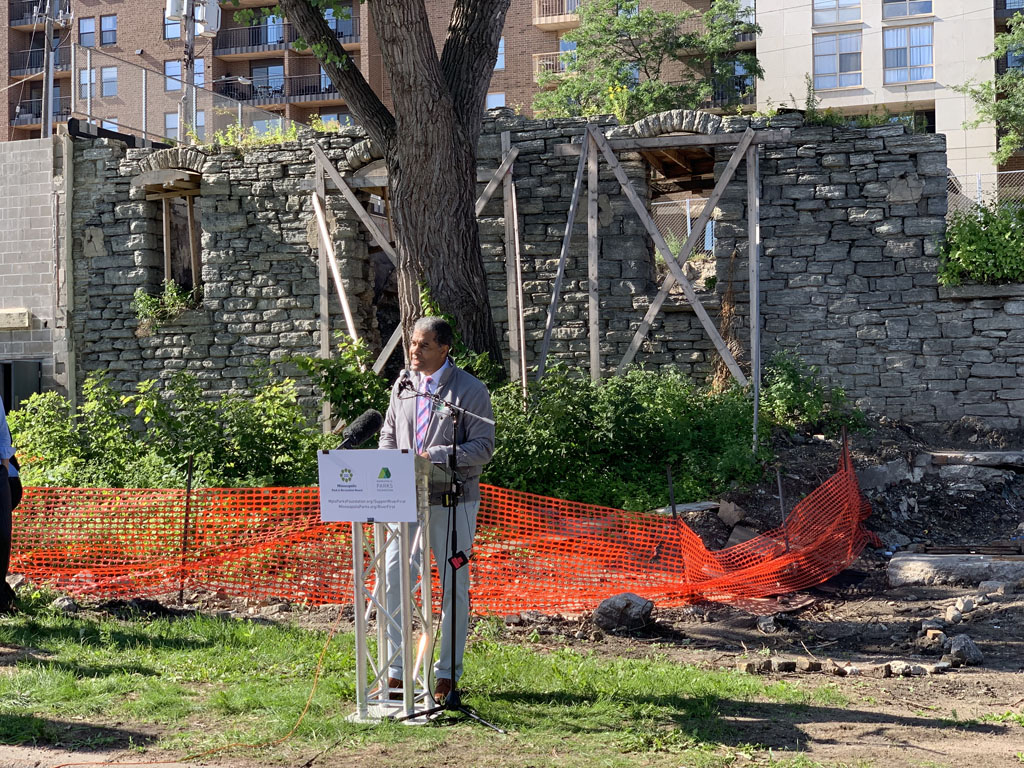 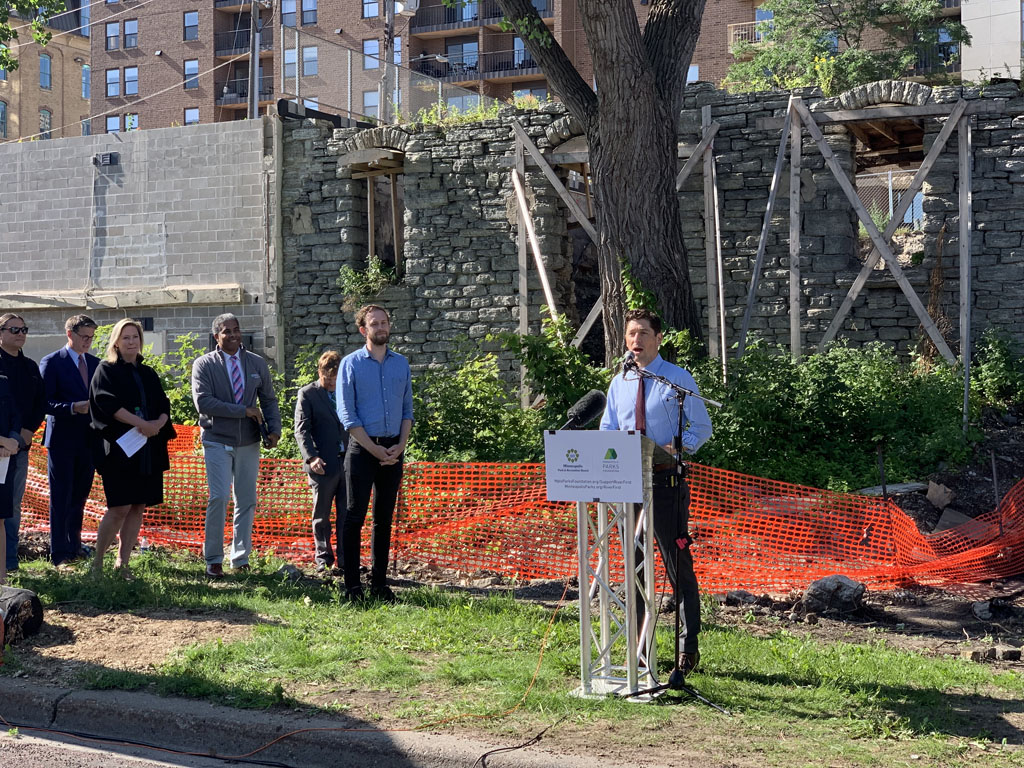 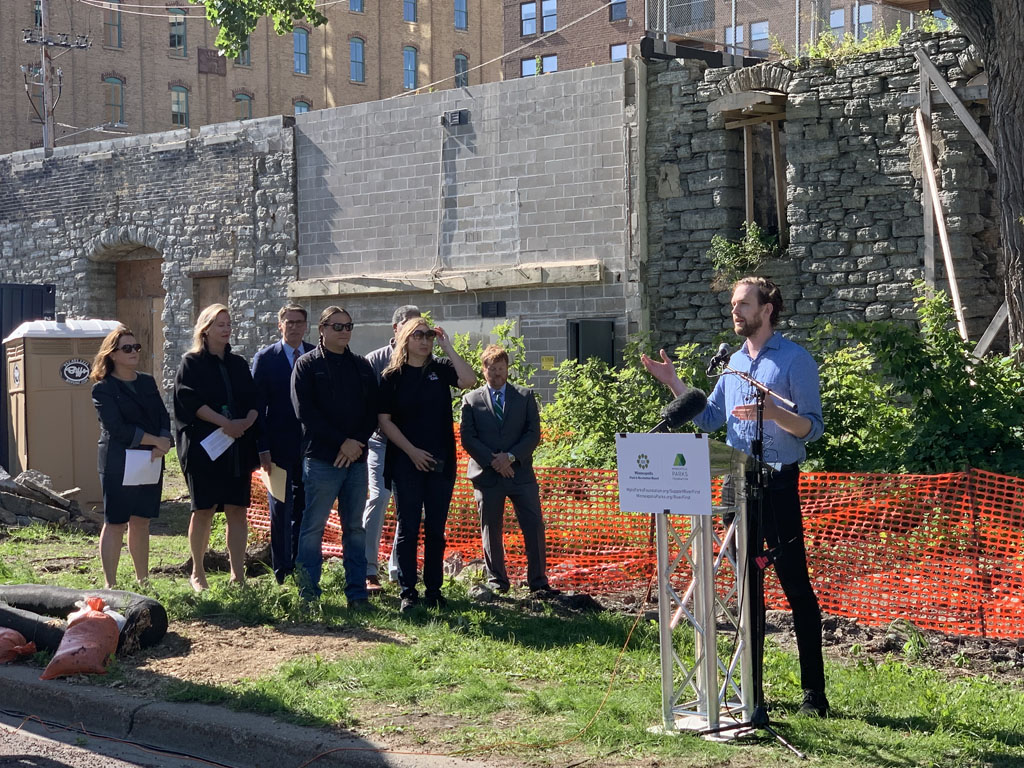 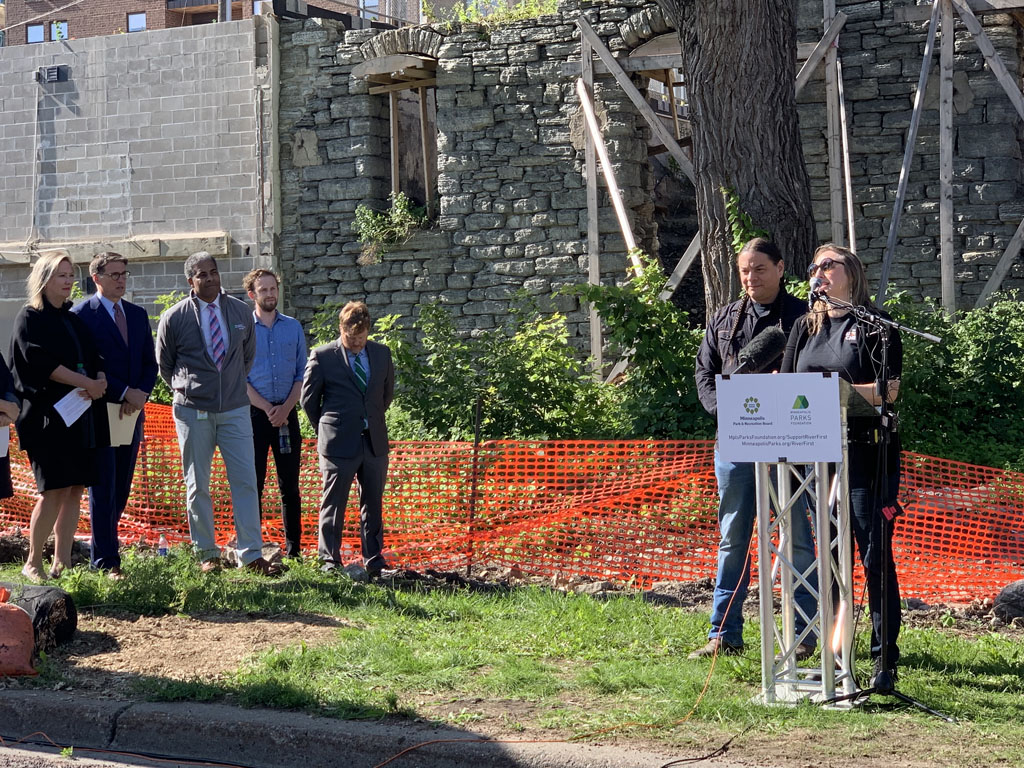 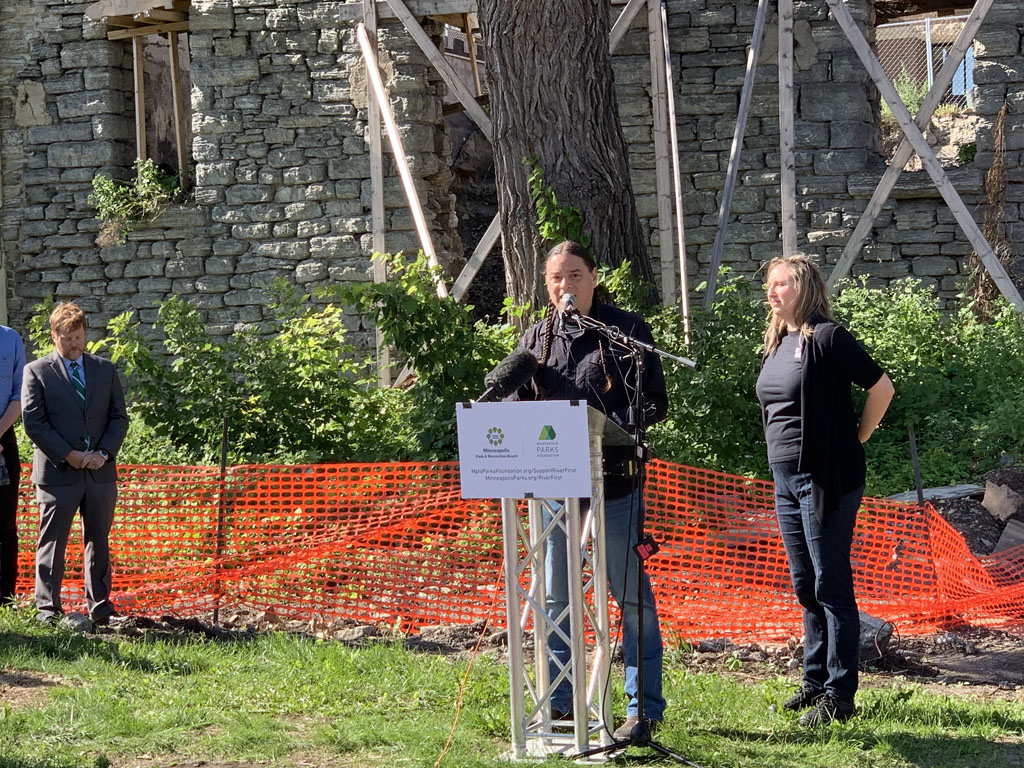 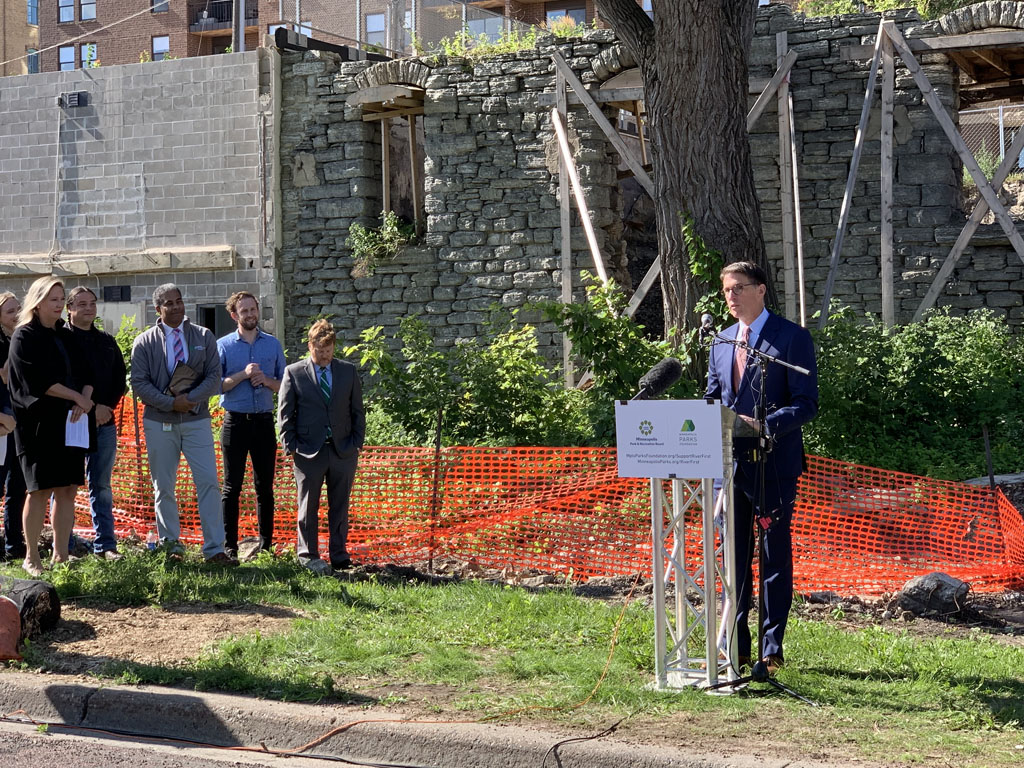 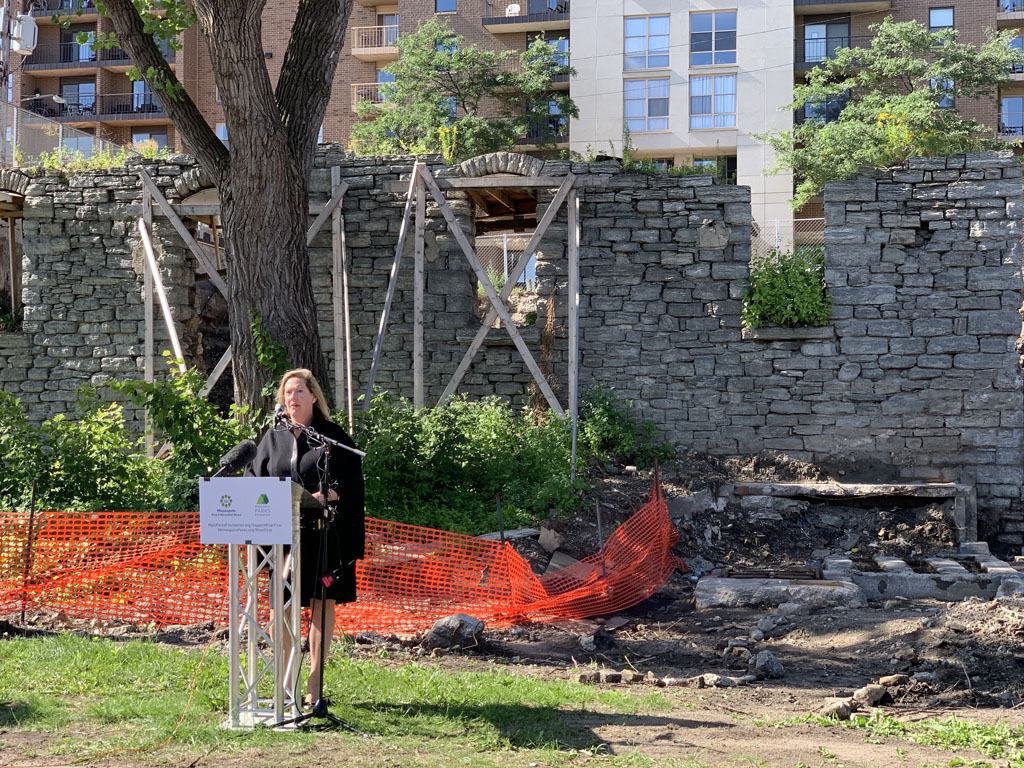 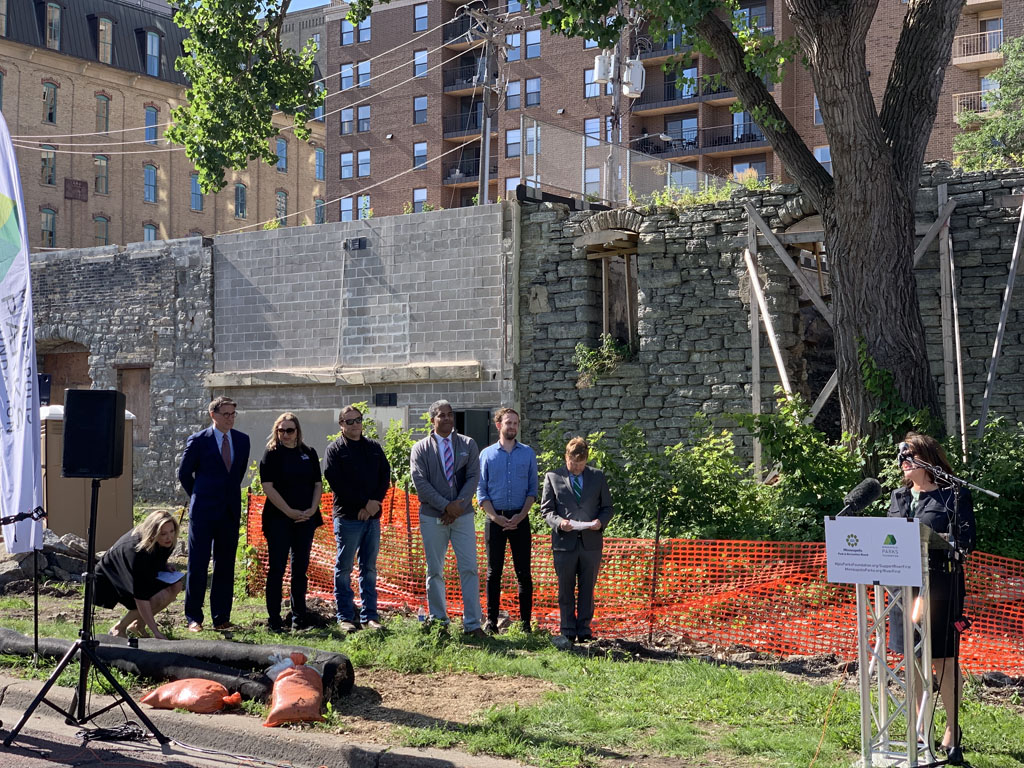 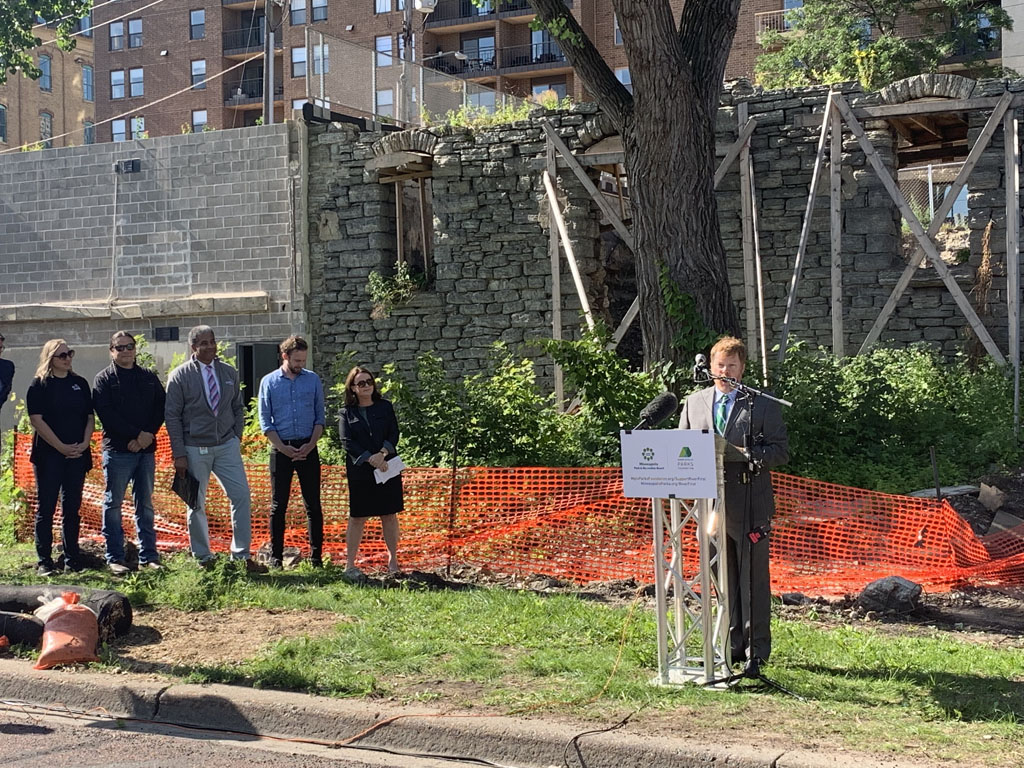 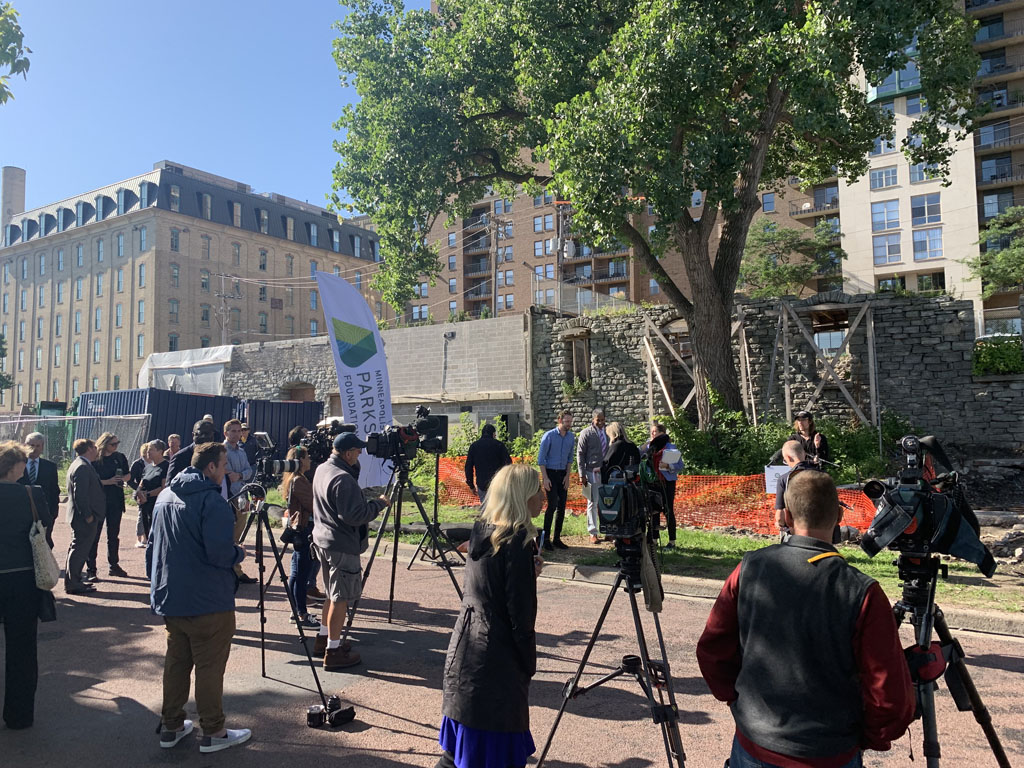 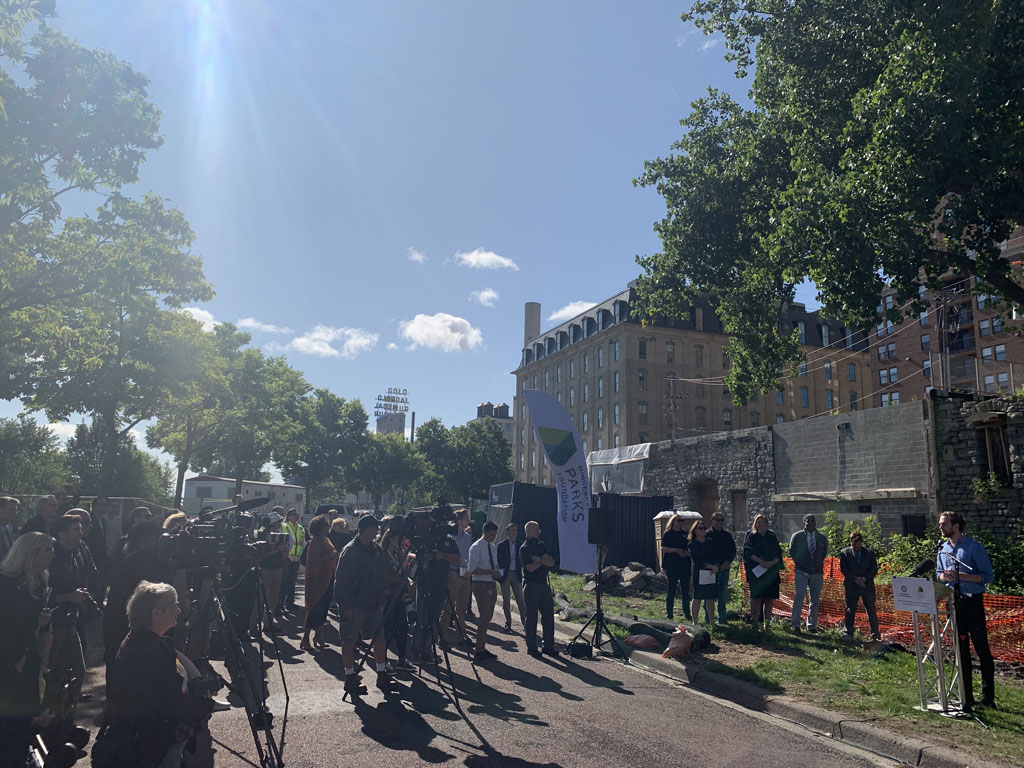 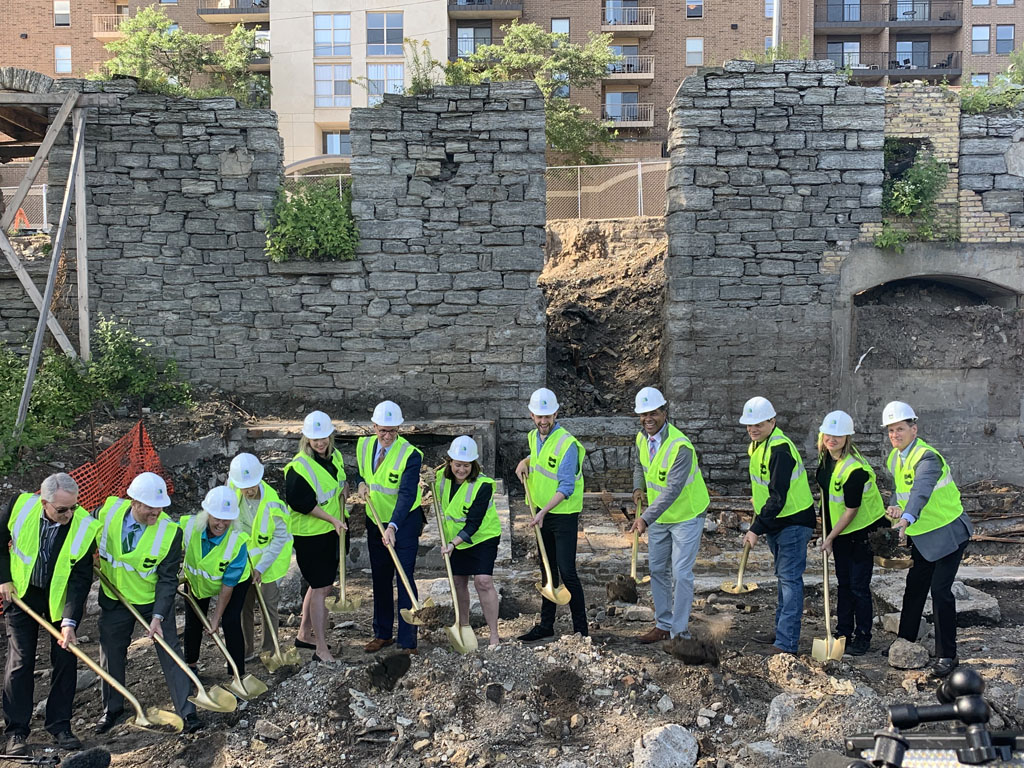 The Minneapolis Park and Recreation Board and Minneapolis Parks Foundation hosted a gold shovel groundbreaking ceremony on Wednesday for Water Works, part of the River First project which will enhance the Mississippi Riverfront throughout Minneapolis.

Water Works is scheduled to open in Fall 2020 with the Sioux Chef restaurant following in 2021.

The event highlighted a project which is aimed to build a stronger connection to the riverfront from the downtown core, provide a destination for people to enjoy throughout the year, and also pay tribute to the cultural history and representation of our city’s birth place.

Standing in front of railroad and milling ruins that once helped build Minneapolis into the city it is today, Mayor Jacob Frey said this project is “uncovering history” as they begin this major project. Commissioner Cowgill referenced reinvesting in our riverfront to make it a must-see attraction. Evers stressed this is the culmination of a philanthropic and community vision–a public-private partnership at its finest. Paul highlighted new-found access to our region’s greatest asset. And General Mills Foundation executive director Nicola Dixon said being part of this project tied perfectly into General Mills’ 150th anniversary three years ago since the company began along the St. Anthony Falls.

Here are a few photos from the groundbreaking event.