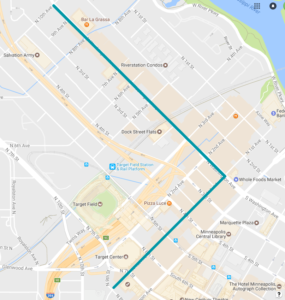 Have you ever wondered what some of the busiest streets in downtown mpls might look like completely free of cars and traffic? If so, then mark your calendar for this Sunday, June 11th. From 11 AM-5 PM, much of 1st Avenue and Washington Avenue in downtown mpls will be blocked off, allowing people to fill the streets for Open Streets Mpls Downtown, sponsored by the Minneapolis Downtown Improvement District.

Open Streets Mpls is in its 6th year running and is set to host multiple events throughout the summer. One of the primary goals of Open Streets Mpls is to bring communities together and allow them to see their major streets in a new way. Along the sides of the closed off streets, you will find an abundance of informational tents set up by local businesses, various performers, and even food trucks sprinkled throughout the streets.

Attendees are encouraged to walk, bike, skate, play, or even dance in the street all afternoon long!

Minneapolis Aquatennial is one of the many booths available to stop by on Sunday. The Aquatennial will be giving away 4 Private Seating Tickets to the Target Fireworks show, which takes place at 10 PM on Saturday, July 22nd, so be sure to check the booth out for a chance to win.

Check out some of the photos of our Aquatennial Booth from last weekend at Open Streets Lyndale. 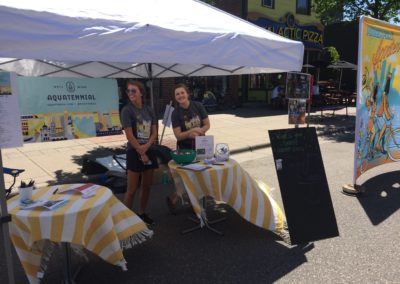 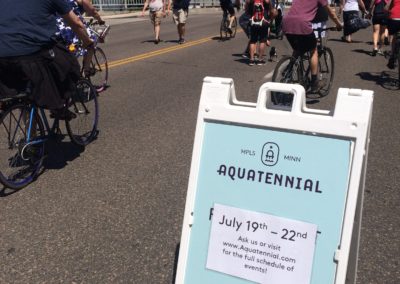 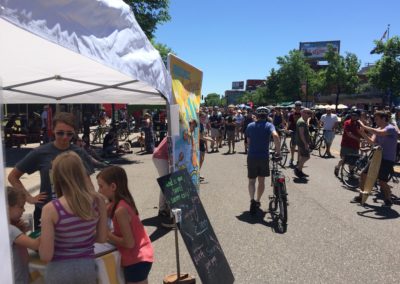 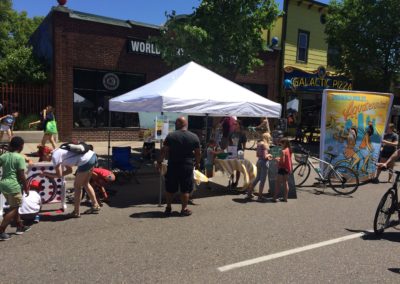 There aren’t many opportunities to be able to roam freely on downtown city streets, so please, feel free to grab your bike, tennis shoes, roller skates, skateboard, or whatever else and check out Open Streets Mpls Downtown this Sunday, June 11th from 11 AM-5 PM!

Here is a look at some photos from last year’s 2016 Open Streets Mpls Downtown. 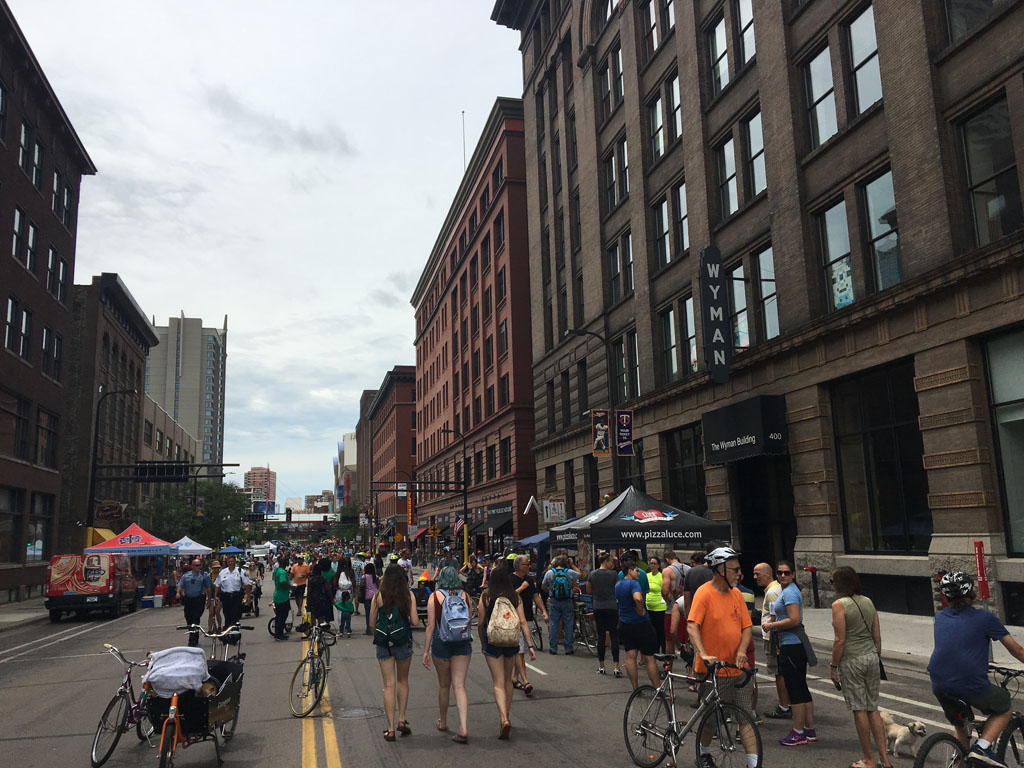 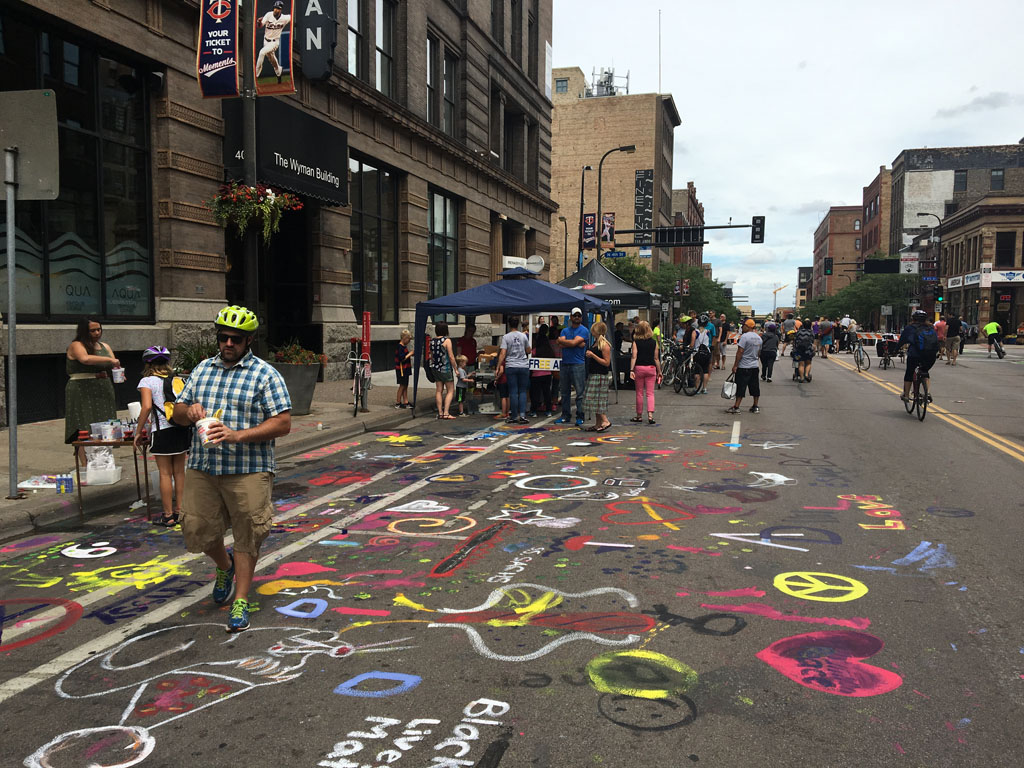 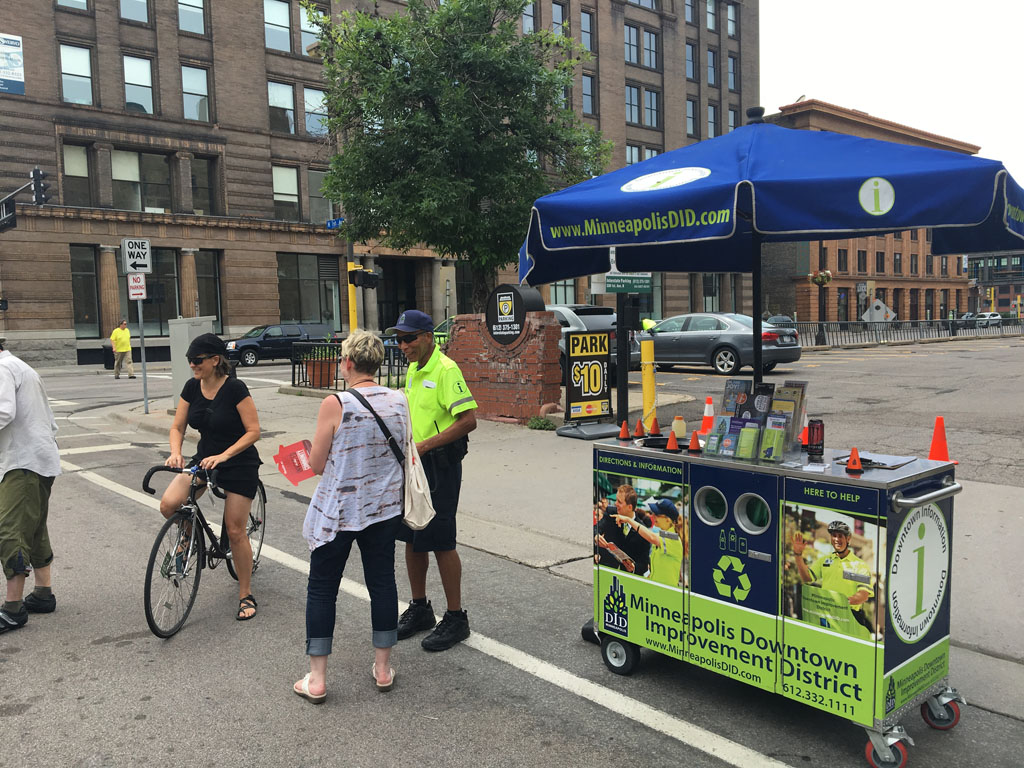 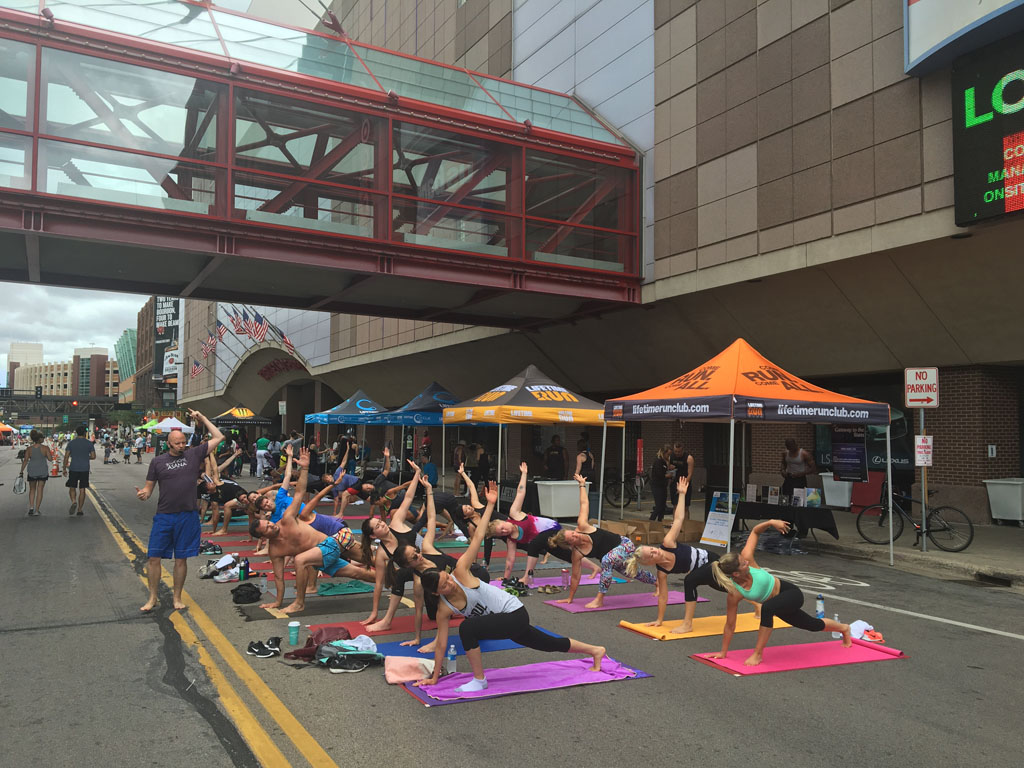 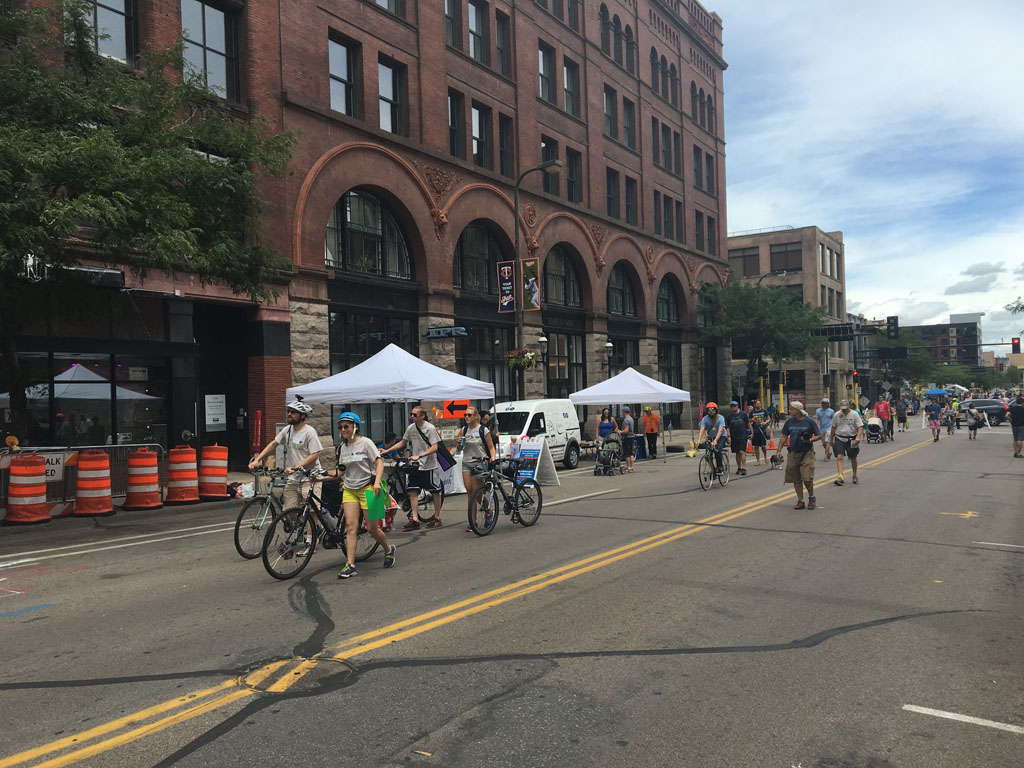 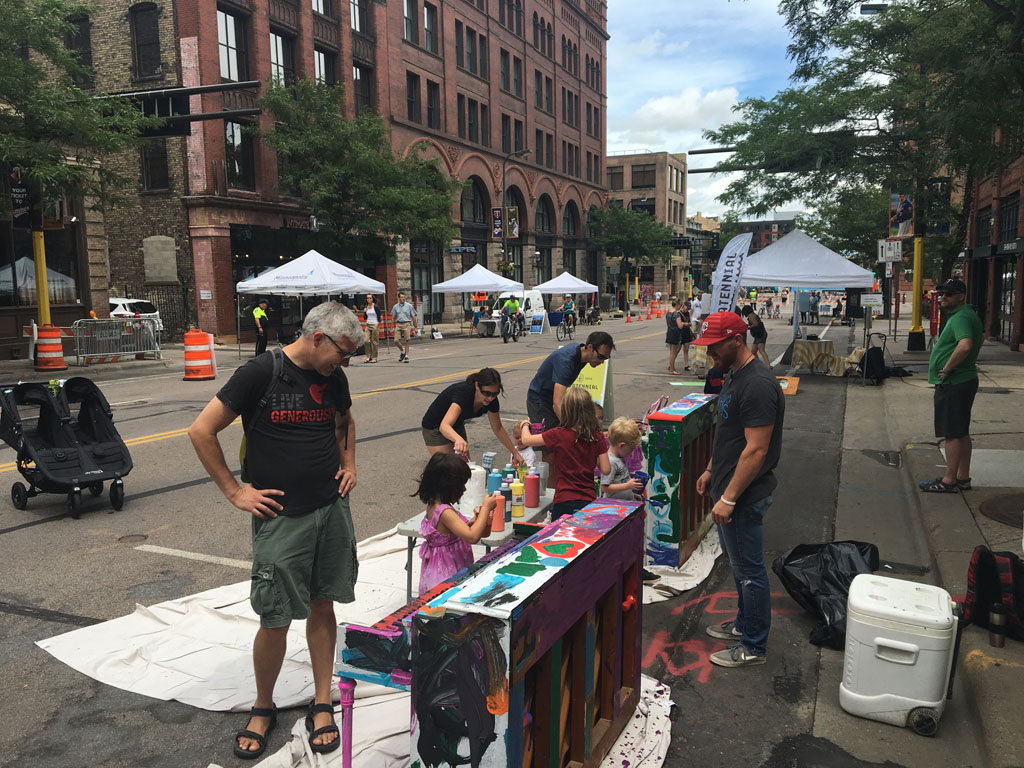 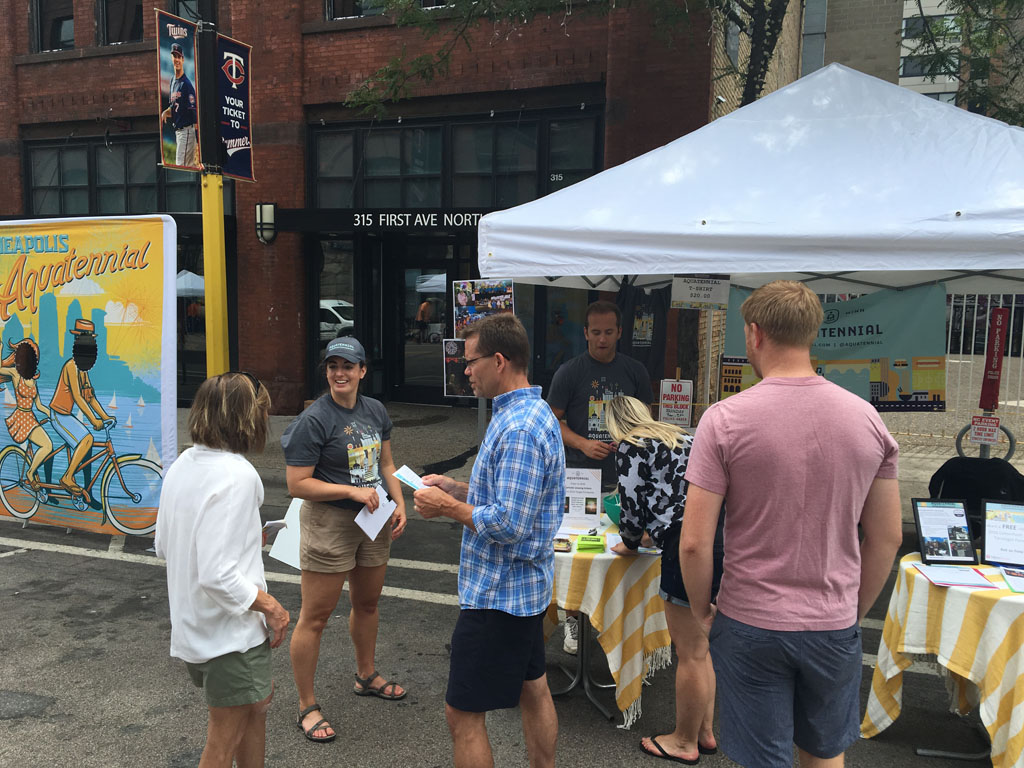 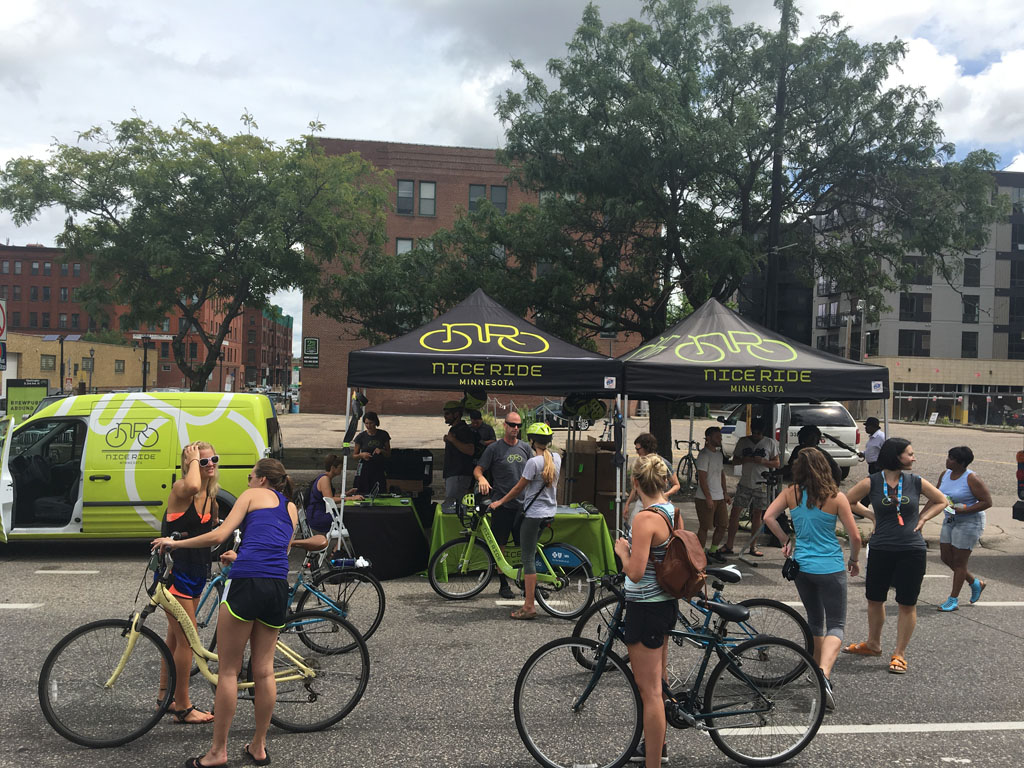 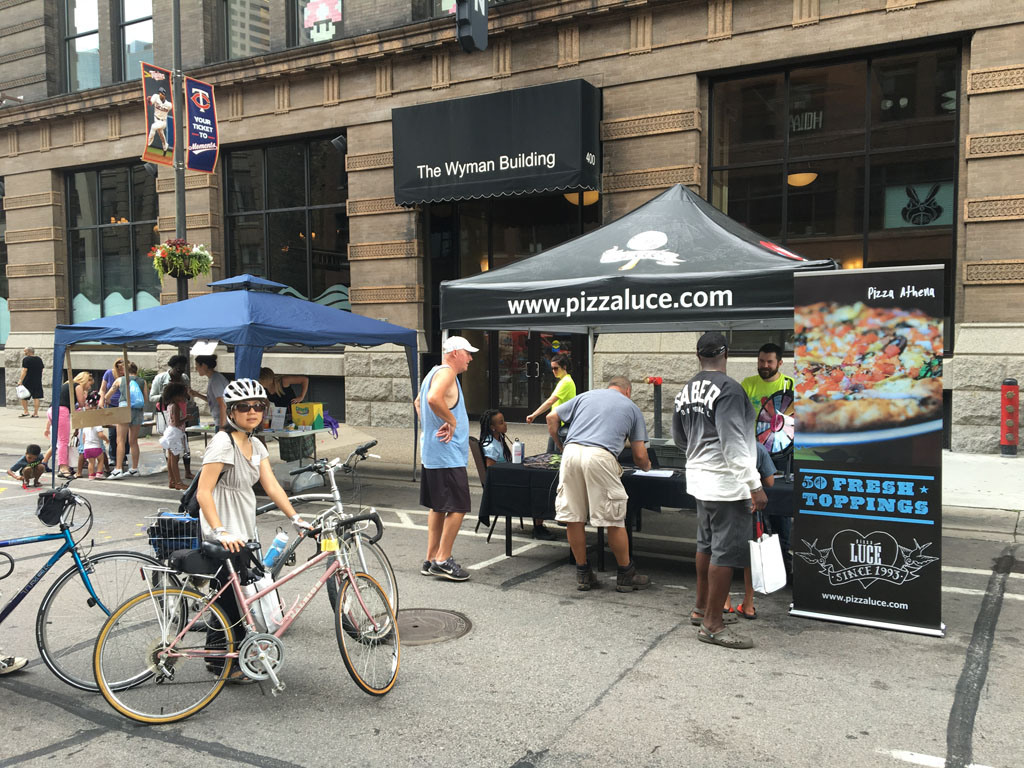 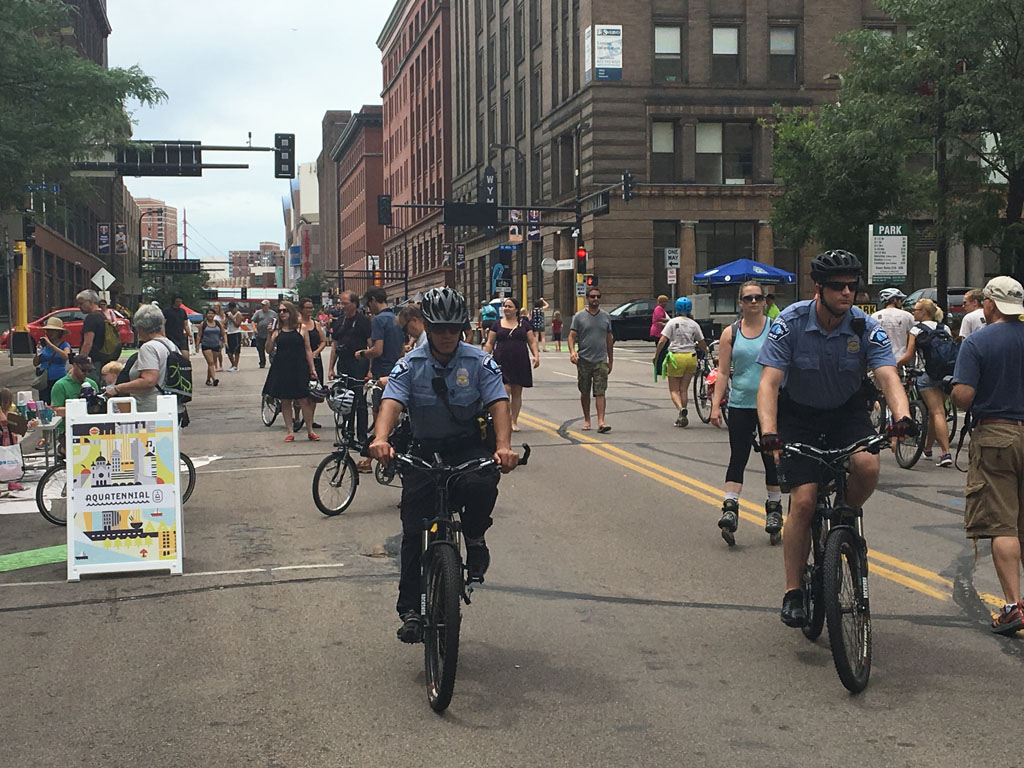 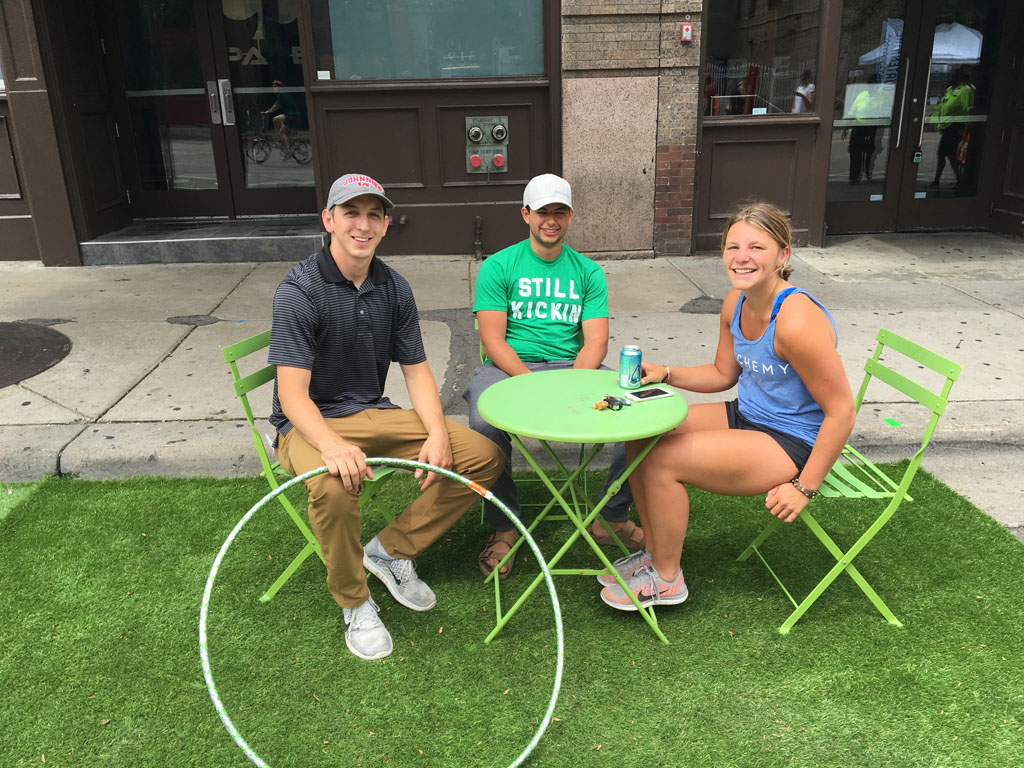 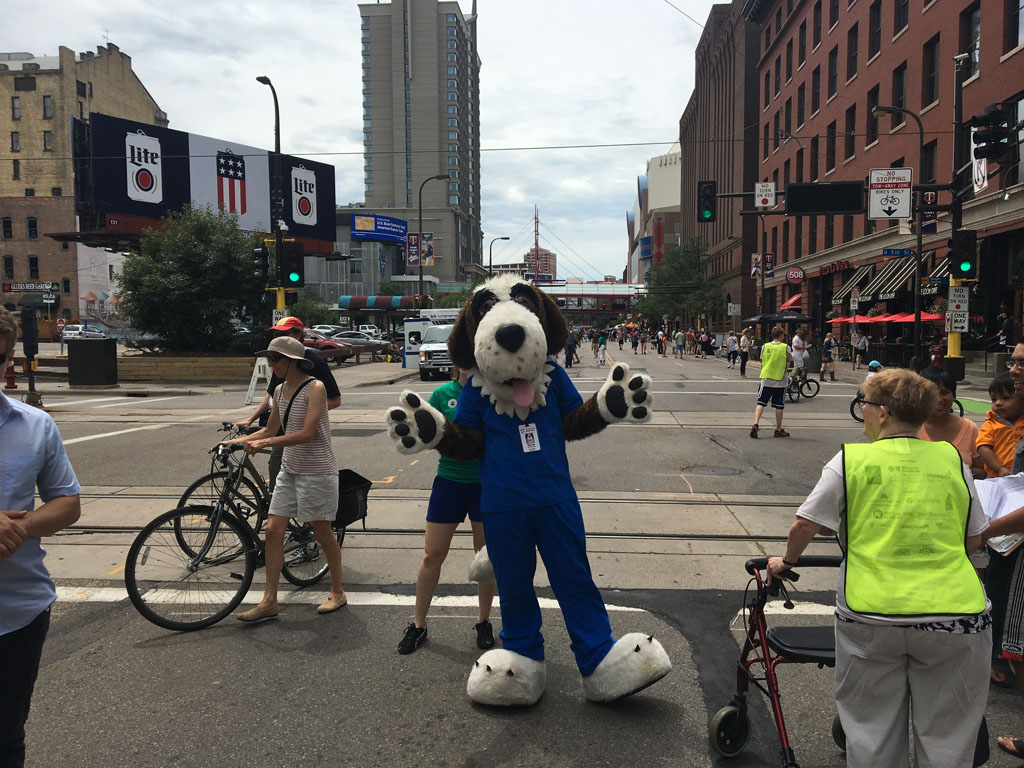