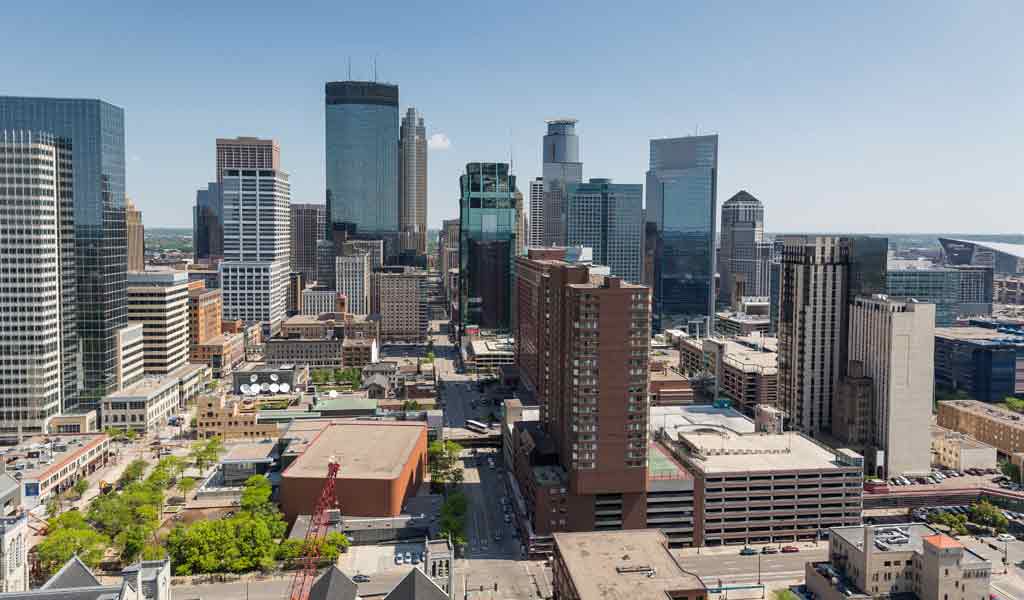 “This is excellent news, and is the result of the work we’ve done together to make Minneapolis an attractive place to live and do business,” said Mayor Betsy Hodges. “I thank everyone who chose to build for the future of Minneapolis last year. This growth in our tax base is good for all taxpayers and supports the equity investments we have made and need to continue to make to ensure that everyone benefits from our shared success.”

“Minneapolis is a desirable, successful city. We have benefited from the strength of our multifaceted economy and it’s the City Council’s job to support that momentum going forward,” said Council President Barbara Johnson.

Following is the total valuation of building permits in Minneapolis since 2000:

As Minneapolis prepares for the Super Bowl and other large national events already scheduled and future opportunities, the hotel industry also prepared.  Last year, 1,244 new hotel rooms were either opened or under construction in Minneapolis. The AC Hotel Minneapolis at 401 Hennepin Ave, Hampton Inn and Suites at 2812 University Avenue SE, Hewing Hotel at 300 Washington Avenue North, and the Radisson Red at 12 South 6th Street opened.  The Depot Hotel at 225 3rd Avenue constructed a 5th floor above the existing building adding 110 rooms.  Two additional hotels were permitted in 2016; the Huron Hotel located at 511 Huron Blvd., now under construction and Federal Plaza Hotel located at 219 S. 4th Street, a building now undergoing remodeling to convert to hotel use.

Proving Minneapolis is not only a great place to visit and work, but also a great place to live; housing developers continue to work to keep up with the demand for housing throughout the city.  In 2016, Minneapolis saw an increase in apartment construction over 2015. Some of the high-rise buildings currently under construction include 365 Nicollet by Opus, (365 Nicollet Mall), NordHaus by Lennar (315 – 1st Avenue NE), Rise at Prospect Park (2929 University Avenue SE) by Harlem Irving, and CA Residential (2929 University Avenue SE). In total, Minneapolis permitted a total of 2,645 new dwelling units, including 126 single family units, 42 townhouse style homes, 2,370 new multi-family units, and 107 units converted from other uses.

Following is the breakdown of total permit valuation by City of Minneapolis ward in 2016:

*Note that some permits are not tied to a ward due to parcel splits taking place.  These permits have been placed in the unknown category.

The top projects in the City by permit valuation in 2016 were as follows:

“These numbers prove Minneapolis is the economic engine for the state of Minnesota.  It also is proof that we don’t need to provide public subsidy to every project in order to attract quality development in Minneapolis,” said Ward 7 Council Member Lisa Goodman, Chair of the City of Minneapolis Community Development & Regulatory Services Committee.

“Rising housing costs are one of the biggest issues I hear about from constituents.  With one of the lowest rental vacancy rates in the country, these new housing units are needed to make sure our city provides housing options for all,” said Ward 10 Council Member Lisa Bender, Chair of the City of Minneapolis Zoning and Planning Committee.

“I am thrilled that the 3rd ward is contributing so heavily to Minneapolis’ tax base leading the way in new development for several years in a row,” said Ward 3 Council Member Frey, Vice-Chair of the Community Development and Regulatory Services Committee. “This growth has clearly resulted in thriving communities with bustling sidewalks and new business openings happening every week. Where surface parking lots previously reigned supreme an energy packed city is coming to fruition.”

Minneapolis development will remain strong into 2017.  Housing development trends are expected to continue with an increase in the percentage of units built being condos.