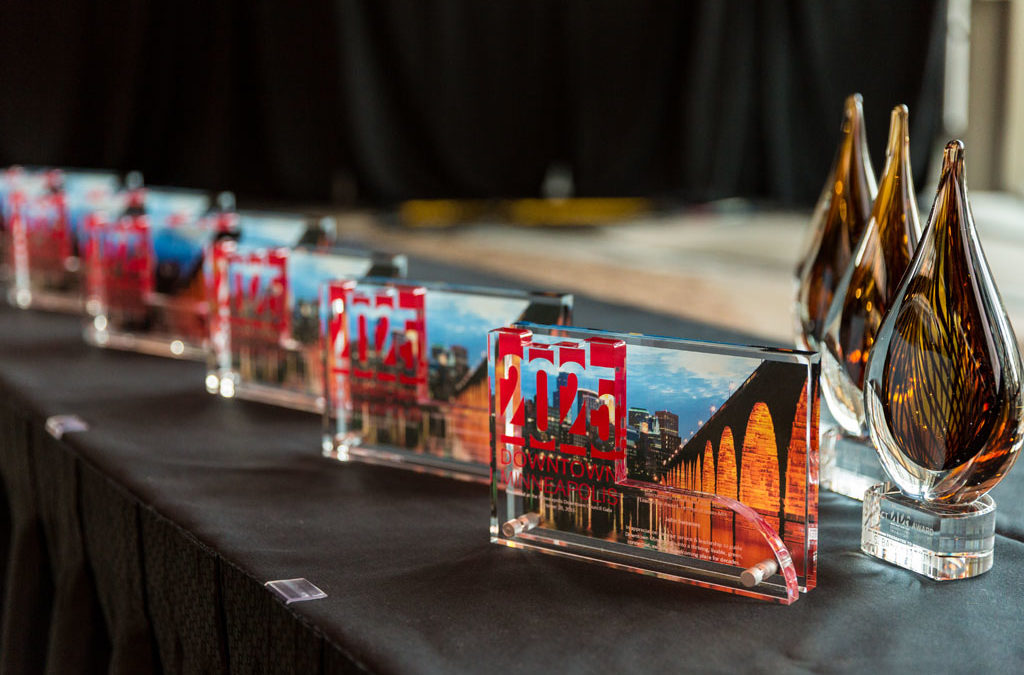 The mdc will honor five 2025 Plan leadership award recipients along with one Impact Award winner, selected thanks to its contributions to downtown that impact several areas of the mdc’s 2025 Plan.

“The 2025 Plan leadership awards are our way of recognizing those who are truly making an incredible impact through their initiatives and leadership in our downtown community each year,” said Steve Cramer, president & ceo of the mpls downtown council and Mpls Downtown Improvement District. “The key to a vibrant community is a collective belief in helping make a difference, and these honorees tonight are doing their part in keeping our downtown extraordinary.”

The mpls downtown council issued a call for nominations for this year’s 2025 Plan Leadership Awards in August, asking its members, 2025 Plan committee leadership, volunteers, and the public to nominate individuals, organizations, or initiatives that have impacted The 2025 Plan’s 10 main goals over the past 12 months. Those nominations were compiled and selected by the mdc’s leadership team.

BKV Group engaged in a year-long pro-bono effort to help facilitate a vision for what the Park and Portland Corridor in East Town could look like in the future. Their work included understanding past master plans and unifying a scope that will enhance the overall experience of pedestrians, bicyclists and drivers alike while helping shape future development of the two avenues from Elliot Park to the Mississippi Riverfront.

Washington Square’s renovation, a downtown investment by Shorenstein Properties, transformed a 1960s era office building with high vacancy rates into a thriving, shining example of what opportunities renovating downtown space can produce. The new Washington Square includes landscaped outdoor green space, Minneapolis’ first food hall with specialty foods from local restaurants, an indoor amenity lounge with a bar, pool table and ping pong, ssecure bike parking, free fitness and more. The renovation enticed major companies like ECMC and Code 42, among others, to sign leases, and it has created a sought-after tech environment conducive to attracting and retaining businesses and employees alike. Today, Washington Square is a model for how other buildings approach revamping their space.

Hippy Feet is a local organization launched by CEO and founder Michael Mader in 2016. Its mission is to donate a pair of socks to someone experiencing homelessness for each pair of socks they sell. They’ve also began a partnership with YouthLink in downtown Minneapolis, which focuses on providing employment opportunities for youth ages 16-23 experiencing homelessness, both to raise awareness about how to help those in need but also to provide an opportunity for those experiencing homelessness to get back on their feet. Mader thought of idea for the business during a time of adversity in his own life—deciding he wanted to help others less fortunate than him. He learned socks are the most requested, but least donated, item at homeless shelters. In its first year, Hippy Feet donated 5,000 socks to those in need.

Hennepin County impacted downtown Minneapolis through several key initiatives in the past year. They led a reconstruction of Washington Avenue that makes it a modern transit artery better serving pedestrians, bikers and vehicles alike while also better bridging the Mississippi Riverfront with downtown’s central core. Its renovation of the Government Center North Plaza area, including added lighting and a refurbished water fountain space, helped provide a location for the public and workers alike to meet friends, grab lunch, or hold an outdoor meeting. And its free Go Outside with Hennepin County programming offered outdoor movies, music, trivia, lawn games, food trucks, the Downtown Farmers Market and more throughout the year at both Government Center South Plaza and Target Field Station.

This year’s 2025 Plan Impact Award goes to the Minneapolis Sculpture Garden. A partnership between the Minneapolis Park & Recreation Board and the Walker Art Center, this year the Sculpture Garden wrapped up a renovation that added new artwork, re-landscaped, planted more than 300 trees and helped re-affirm our city’s position as a leader both regionally and nationally through our art institutions and green space. More than 530,000 visitors have stopped by the Sculpture Garden since it re-opened in June.

Along with the award presentation, tonight’s mpls downtown council gala will include networking, dinner, updates on The 2025 Plan and musical entertainment.

Following the event, photos and logos will be available at www.mplsdowntown.com/media. For more information on the Minneapolis Downtown Council Gala featuring the 2025 Plan Leadership Awards, follow @mplsdowntown on Facebook, Twitter or Instagram, or use the hashtag #2025Plan.