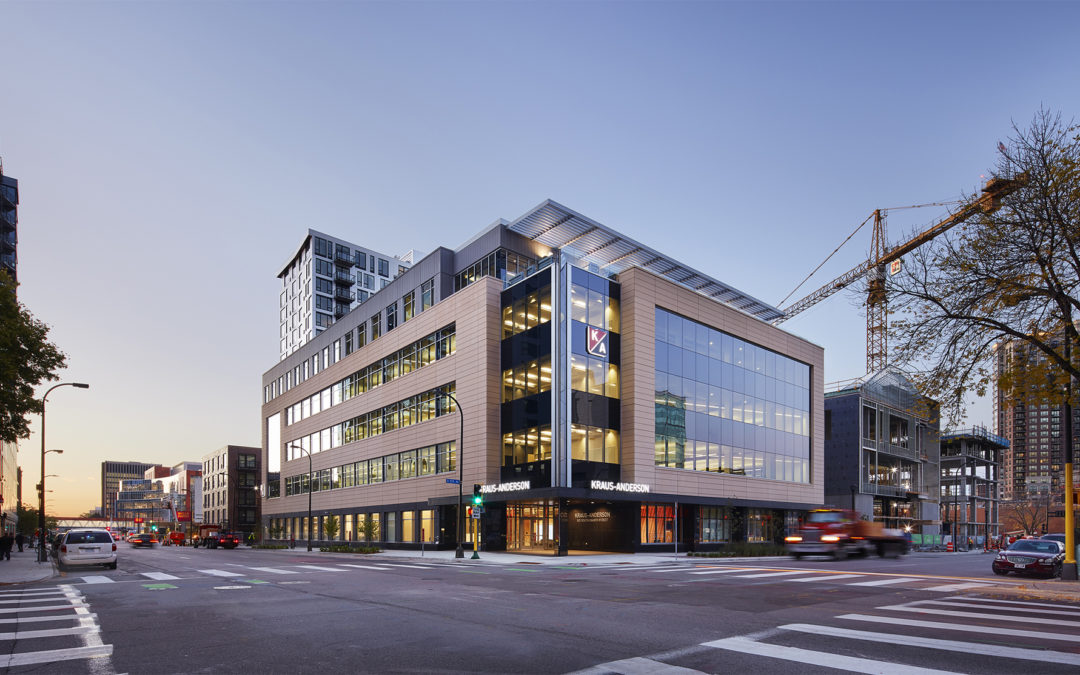 When Kraus-Anderson decided to redevelop its headquarters, it had several choices. It could redevelop he same space in similar fashion—with its HQ surrounded by surface parking. It could decide to relocate to a different location. Or it could stay in its current spot and truly make an impact on its neighborhood that will redefine its surroundings.

With encouragement and support from the community, it chose the latter.

The Kraus-Anderson project completely transformed its block in a way that exemplifies the feel of the new East Town community. The project incorporated a mixed-use philosophy that brings downtown business, residential, visitors and entertainment together as one.

Because of how it is impacting downtown Minneapolis, the Kraus-Anderson Block was selected as one of this year’s 2025 plan leadership award winners. It will be recognized on October 2 at the mpls downtown council annual gala.

Kraus-Anderson’s project at 8th Street and 5th Avenue made several improvements to the block that fit into the 2025 plan’s goals for creating an extraordinary downtown.

The Kraus-Anderson Block is a revolutionary idea that brings downtown business, residential, visitors, dining and entertainment all together on one block. The vision for this block aligns perfectly with the 2025 plan’s goals.