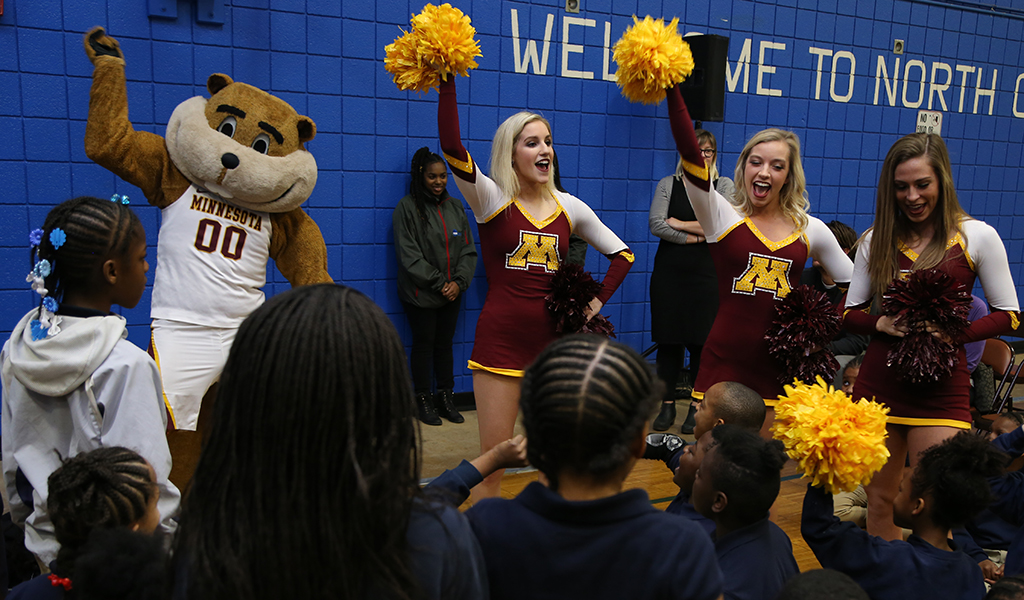 The Minnesota Super Bowl Host Committee and the 2019 Minneapolis Final Four Local Organizing Committee will participate in a special event on March 5, 2018, to mark the transition from one iconic sporting event in the City of Minneapolis to the next.

The celebratory “hand-off” event downtown—timed less than one week before Selection Sunday, the NCAA’s tip-off to March Madness—is open to the public and will feature a variety of fun, basketball-themed activities as well as information about 2019 Final Four tickets and volunteer opportunities.

The event is free and open to the public at 200 South 6th Street in downtown Minneapolis. It will include formal remarks, music, shooting baskets at “pop-a-shot stations”, former Gophers Thomas and Lewis signing autographs, an opportunity to pose with the 2019 NCAA Men’s Basketball Final Four trophy and more.

For more information on the 2019 Minneapolis Final Four, visit finalfourminneapolis.com.