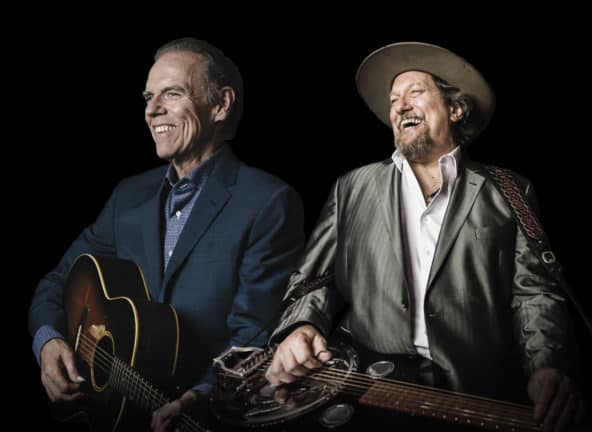 John Hiatt and the Jerry Douglas Band bring their new collaborative album, Leftover Feelings, to the stage this fall.

John Hiatt’s lyrics and melodies have graced more than 20 studio albums, have been recorded by Bob Dylan, Emmylou Harris, B.B. King, Willie Nelson, Bonnie Raitt and scores of others, and have earned him a place in the Nashville Songwriters Hall of Fame, a BMI Troubadour award, and a lifetime achievement in songwriting designation from the Americana Music Association.

Jerry Douglas reinvented the Dobro and is responsible for bringing the instrument to popular presence in modern times. Douglas has performed on more than 1,500 albums by artists including Ray Charles, George Jones, Alison Krauss, Earl Scruggs, and James Taylor.