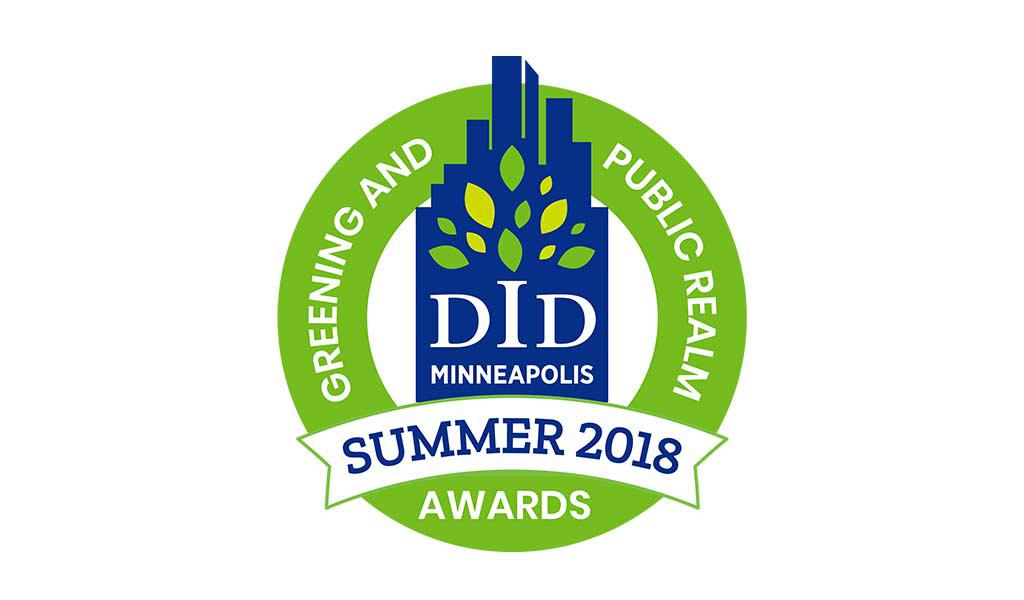 The Greening Awards aim to showcase greening efforts by organizations and companies that help beautify the downtown area through enhancing our urban landscape. This summer’s voting turnout was the largest in Greening Awards history, nearly doubling the 2017 voting numbers.

Winners will receive a commemorative Greening Award created by Wood from the Hood, a Minneapolis-based company that reclaims discarded trees from urban neighborhoods and creates high-quality wood products. Each award will display the year the award was issued. Winning locations also received a Greening Awards winning logo placed on site.

The Mpls DID accepted public nominations for green spaces throughout August, and finalists were announced on August 28. Voting for finalists remained open through September 14.

The finalists, nominated by the public, were selected by members of the Mpls DID staff based on criteria including overall year-over-year enhancements as well as continued excellence in adding vibrancy to the public realm.

This year’s results include the following winners:

*-New Nominee in this category