A Look Back On 2016: New Year’s Resolutions Revisited 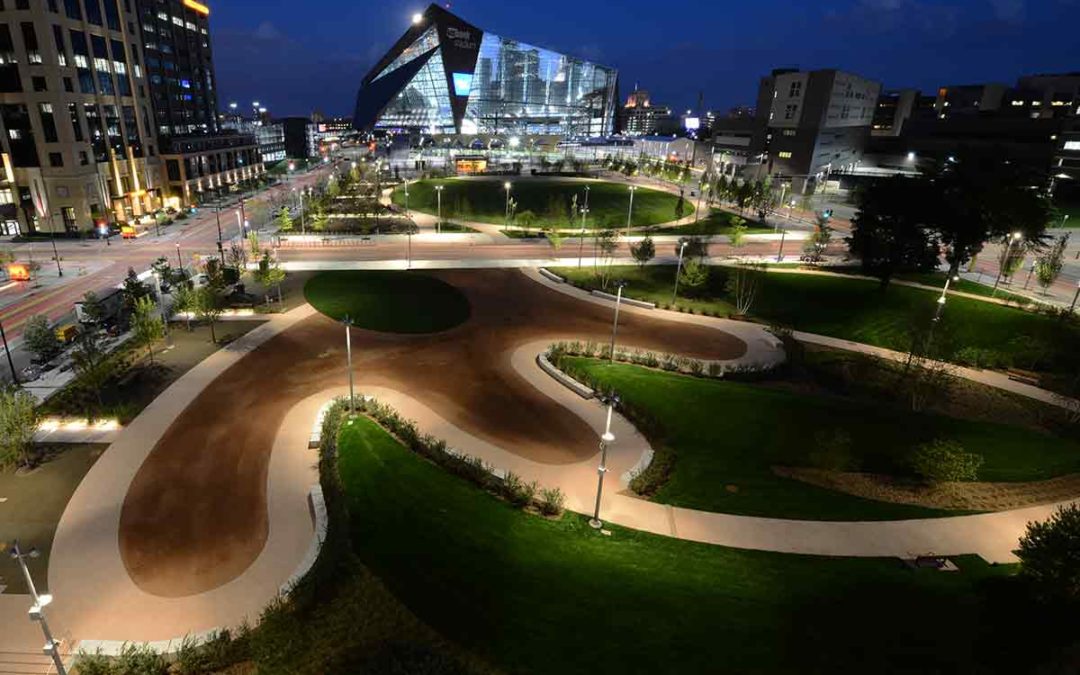 It’s hard to believe it’s 2017, isn’t it? And it’s hard to believe another year has passed since we’ve gone through our annual list of New Year’s Resolutions. Our 2016 here was full of activity. We opened up The Commons and U.S. Bank Stadium amid all the incredible changes in East Town. We saw significant changes to Nicollet Mall and got a glimpse into what it will look like when substantially complete in 2017. We enjoyed another great year of Holidazzle, added fun activities to Aquatennial, introduced the Pianos on Parade program last summer and much more.

The past year will be remembered for continued development, the Minneapolis Big Build, and laying the foundation for all the continued work and progress we’ll see in the year ahead.

Personally, it was another fun year. I tried my best to achieve the New Year’s Resolutions I set for myself, and overall I believe I succeeded in my ventures. Below is a look back at my resolutions from January 2016 and how I did.

This was a lot of fun. A group of our friends went to one of the musicals at the Orpheum Theatre this year, and we had such a good time. I’m hopeful I can continue getting to different performances at these great downtown Minneapolis locations each year. The quality of the performances are so great, and they are a fun way to spend an evening or a weekend with friends in the downtown area. Go and find a restaurant prior to the event and make it an outing. There is another fantastic list of musicals coming through town again in 2017, and it was announced that Hamilton will be coming to Minneapolis in the 2018-19 season as well.

I didn’t get a chance to go to a game at U.S. Bank Stadium this year, but I did get a tour during construction back in February as well as the great privilege of being at the ribbon cutting ceremony on the field in July, one of the free tours during the opening weekend at Aquatennial, and a member event on the club level during the fall. It’s a magnificent stadium—one that the team and the league should be very proud of. Maybe next year I’ll get to a game there, but for the time being I’ll take having the chance to get inside the stadium during construction and have the chance to tour this incredible facility. We’re within 60 weeks of hosting Super Bowl LII, and at that point our new stadium will be on full display for all the world to enjoy.

I wish I would have gotten around to this one this year, but I didn’t. I’ll need to try and do it at some point, though, because it would be a great and relaxing way to enjoy the great scenery around our downtown. The Mississippi is a wonderful natural resource and asset for our community, and the more we embrace it both from the banks as well as from on the water the more we’ll be able to fully appreciate our city. I’m excited to see what lies ahead regarding some the RiverFirst/WaterWorks project that will redefine the riverfront as well.

Technically, I will count this as a hit. I didn’t “browse” the Walker, technically, but I did spend some time there for an event and had a lot of fun spending an evening inside the museum. There are great views here of downtown, and it’s such a wonderful place to spend some time. As the Hennepin/Lyndale corridor is finished, it will be easier to get there by foot. And once the Sculpture Garden is done with its renovation, you’ll have a chance to enjoy another great staple of our downtown area. Some great options for when you visit include free gallery admission every Thursday from 4-8 pm and free gallery admission on the first Saturday of each month.

That’s not to say I didn’t try. I did play a couple matches at Brit’s this year, but I lost both. I’ll admit I’m not the most skilled lawn bowler, and the fact that I only play once or twice a year (and when I do it’s against bowlers who bowl every week—not an excuse, just a fact) doesn’t help my case. I think I’ll keep this one on my resolution list every year until I fulfill this feat, which might not happen for a decade or two. But if the Cubs can win a World Series, I can win a bowling match, right?

Re-visit a location I haven’t been in a while: Hit

This one I could say I fulfilled in a few different ways, but don’t worry I’m not awarding myself extra credit for my efforts. I think the one I’ll select for this particular resolution is the one I referenced in my article back in January. I did go to the Loring Park Art Festival in July, browsing the art and trying out some of the great food on hand. It moved this year to the final week of July, which effectively separated the Loring Park Art Festival from the Uptown Art Fair and the Powderhorn Art Fair. I also did go back to Prohibition Bar at the Foshay Tower, which was a fun place to revisit, and I also visited Windows on Minnesota for the first time since going to a holiday party there a few years back. All great locations to visit, and I would recommend you trying all of them out if you have the opportunity.

So that means my past two years of MDC New Year’s resolutions look like this:

I’ll admit I was a little better at the plate in 2015, but this 2016 batting average would still put you in the baseball Hall of Fame. I’ll take it, especially since I put together more difficult goals this past year.

I’m going to share my 2017 New Year’s Resolutions in my next post, and I hope you’ll put together your list as well. Maybe we’ll see each other out and about in Downtown Minneapolis. I do think we’re in for another great year, and I hope to see you out here.